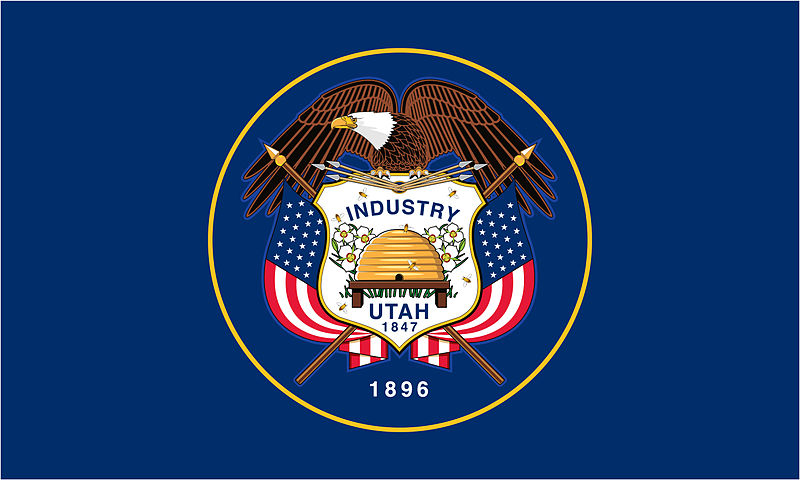 Last week, I took a roadtrip to Ogden Utah to see the middle child. Along the way I had a few ideas that might end up being blog topics but I thought I’d jot down some thoughts that I had.

First, Elon Musk is a fraud.  As soon as you depart the once Golden State in your privately owned vehicle, you will find zero charging stations along the Interstate 80 corridor. While electric vehicle travel within California is a sketchy proposition, outside of California it is not possible or practical. Hybrid automobiles are a rare sight away from the Left Coast and electric ones are unheard-of.

Musk thinks he can sell ten thousand vehicles a week and sustain that production? It’s a Ponzi scheme. He can’t even get to 5K per week and is running out of cash and good will.

Musk is a flimflam guy of the first order and gets lots of other people’s money (often tax dollars) from Liberals to do stuff that is not market based because these guys believe that governments not markets should decide what our economy should look like. The AB-32 crowd wants to use the power of the State to force us into electric vehicles that are not able to leave the gilded cage of California just because it is their religion. Their arrogance to pick losers and winners is hubris of the highest order.

Second, the path from Reno to Salt Lake City is the only proof of a universal flood anybody should need. Except for a few mountains here and there, this whole path is clearly a shallow sea that was only recently drained. This was within the last few millennia not millions of years ago.

Third, Brigham Young sure picked a crappy spot to proclaim the new Zion. My biggest gripe of the area is the lack of trees. But he did have big plans.

The Territory of Deseret would have comprised roughly all the lands between the Sierra Nevada and the Rockies, and between the border with Mexico northward to include parts of the Oregon Territory, as well as the coast of California south of the Santa Monica Mountains (including the existing settlements of Los Angeles and San Diego). This included the entire watershed of the Colorado River (excluding the lands south of the border with Mexico), as well as the entire area of the Great Basin. The proposal encompassed nearly all of present-day Utah and Nevada, large portions of California and Arizona, and parts of Colorado, New Mexico, Wyoming, Idaho, and Oregon.

Brigham seems to have wanted the 1840’s version of “fly-over country” to be united under his banner; whether as a state or a separate country depends on what you read. The presence of Los Angeles and San Diego as part of his territory would indicate a separate nation was in the back of his mind. The war of northern aggression ended that dream and he reluctantly settled for Utah statehood after yet another rewrite of Mormon Scriptures to get rid of polygamy. Why the “god’ of Mormons is not the same yesterday, today, and forever like the one revealed in the Bible is a subject for another day.

Fourth, the amount of indigent and homeless people in Ogden really surprised me. Latter Day Saints try really hard to cultivate the reputation that they care for their own—maybe they do—but for the folks outside their church, clearly they are on their own.

Fifth, the amount of young people with ridiculous amounts of body art and piercing was a surprise to me. I was expecting Donny and Marie type youth but clearly not everyone follows this expectation. My wife thinks that Ogden draws youth from outside the LDS world for the skiing. Maybe this is true. Clearly a large segment of young people are nonconformist.

Sixth was a news story that I saw on the local television station. This is interesting because the LDS church is front and center of a story about a man named Joseph Bishop.

(Note: Although the LDS church has clergy with the title of “bishop” this is not the same as in Protestant Christian Churches and not Mr. Bishop’s title just his last name.)

Mr. Bishop was in charge of training youth that knock on your door as missionaries. Mr. Bishop is accused of giving private lessons to some of the female candidates under his care—much like President Clinton did in the Oval Office with Monica.

In the email, he unspools a five-page dossier about the past of the woman who had accused his father of rape.

The email included the woman’s criminal record, alleged false allegations she’d made in the past, and jobs she’d lost.

It even included details about an incident that occurred when she was 17 years old. Bishop encouraged reporters to examine the woman’s past adding, “consider the source.”

In the last two days, 2News has obtained a letter that was written by David Jordan, a lawyer at the firm, Stoel Rives, acting on behalf of The Church of Jesus Christ of Latter-day Saints.

The document is a response to a letter from the woman’s attorney, Craig Vernon, requesting a settlement from the LDS Church.

The document includes everything we saw in Bishop’s email, plus a review of her ecclesiastical church record.

At the bottom, the Jordan indicates that he sent the letter to Greg Bishop.

It appears Bishop took portions of the letter, and at times, repeated allegations word for word and sent it to the media.

The woman told 2News Bishop had been grooming her, taking her out of class to talk about the sexual abuse she had suffered as a child. She said he seemed to enjoy the discussion, then one day he invited her to a place he called, “special.”

“He didn’t tell me there was a bed or a TV or a VCR down there, he just said it was this really special room,” she said.

“I was nervous and uncomfortable, and I should have listened to that feeling.”

Once she and Bishop got into the small room, he advanced on her.

“He tried to kiss me and I pushed him off, I was like, ‘oh my gosh, here’s this old man, I’m 21 years old,” she said. “Then he pulled my blouse and rips my buttons off. It had little pearl buttons, then he ripped the back of my skirt, it was an A-line skirt, and then with one hand he pulled my garment and my pantyhose down, there he was, trying to rape me.”

The woman tried to tell officials in the LDS Church on multiple occasions including her bishop.

“Oh no, oh no, I have been talking to bishops and stake presidents for years; one bishop in Colorado Springs called me a liar and wouldn’t even talk to me.”

Link: Exclusive: The woman at the center of the MTC abuse scandal shares her story

I find it interesting that the LDS Church saw fit to release a letter concerning the character of the accuser and defending Mr. Bishop by saying there is no need for them to look into this matter. The LDS church has a long history of circling the wagons when things don’t go their way.

Here is another example of the “see something, say something” mentality. Put yourself in her place, do you want your church releasing an official letter about your past?

When has your church ever made an issue of your:
• Juvenile behavior?
• Morals?
• Employment record?
• Criminal record?
• Marital status?

Sorry, I thought churches were in the business of changing lives thru the power of God’s Word not keeping a tally of what notorious sinners we are just in case they need to shut us up.

At the same time this story is going on, another one about sexual abuse had faithful Mormons marching in the streets.

Seventh, we went to Easter services at an Orthodox Presbyterian Church in Ogden. It was a nice service that emphasized the importance of the bodily resurrection of Christ.