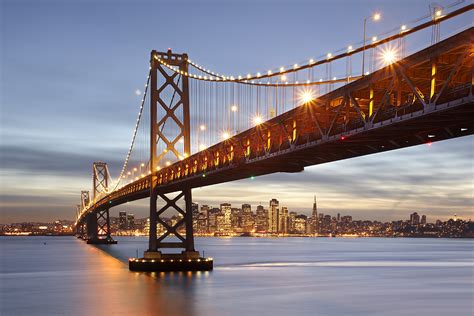 Welcome back loyal readers, sorry for the long hiatus but I was convinced of a CRA led Coup-de-tat to take over the Presidency of this country so I had to batten down the hatches and look for shelter.  Well, IM BACK! And suffice to say my rage is now firmly directed at the DA of San Francisco County, one George Gascon, who will now be referred to as George Gascan.  Gascan the DA that “prosecuted” and I’m using that term very loosely; Jose Zarate, the illegal 5 times deported, 7 time convicted felon, and still on probation in Texas at the time of murdering Kate Steinle.  Gascan lost the case on all serious charges, thankfully CRA hated, President Donald J Trump is having his justice department charge him federally.  It is of the opinion of William and X that Gascan never wanted to try, charge or convict Zarate, thus a half assed trial occurred, with Zarate being only found guilty of 1 lesser charge.  This blog post is not to focus on Zarate.  It will focus on the policies recently enacted by the chief law enforcement officer in San Francisco County, George Gascan.

Gascan, for those of you in the CRA, or related by blood or incest to Aaron Park, has extreme amounts of voter given power.  For example, run a red light or get caught speeding, a police officer gives you a ticket, and you will pay a hefty fine in court.  Gascan on the other hand, has latitude to overrule police officers, and sheriff deputies.  Kill someone in cold blood, instead of murder 1, you could get manslaughter charges, charges can be enhanced or dropped all together.  I am of the belief power of law enforcement should be given to 1 elected partisan, and Gascan’s next move will prove my point.

On Tuesday, while the unwashed masses were watching President Trump give his brilliant State of the Union speech, Gascan issued an edict saying all prior marijuana convictions will be set aside if they are misdemeanors, and reclassified if they are felonies.  Setting a conviction aside means removing it and sealing it from their record.  Reclassifying a felony as a misdemeanor is far more troubling in my eyes.  With my background in Human Resources I can tell you, if you had a misdemeanor in your background, you check letters of recommendation and you could hire the person in some circumstances, a felony was the electric third rail and was never even considered.  This changes everything, because there is no way to tell if the misdemeanor was a reclassified felony, and for what the felony was for.  Example, felony narcotic trafficking, could be reclassified as misdemeanor possession of a controlled substance.  See how Gascan is making a serious crime look very petty?  Word to the wise, a felony conviction almost always carries significant jail time, now these crimes are being labeled as not serious.

I would not have as big of a concern if Gascan implemented this retroactively to when the initiative qualified for the ballot (recently passed in November) but he is going back all the way to 1975!  Circa the time the war on drugs was being fought.  This is why I have a strong dislike for executive type orders, it takes one do-gooder like Gascan to wipe records clean and create a new liberal voter universe.  Orders like these should be voted on by the people, not enacted by an elected partisan hack looking for higher office down the road.  Think about it, if you’re Gascan, you are instantly a hero to the anti-police, pro-drug, pro-crime liberal base of the party.  Looks great on your resume if you desire to be Governor, or Mayor, or Supervisor in the near future.

However the future of your state/city will look bleak.  The downside about San Francisco is what was a flourishing nice tourist mecca, has turned into a crime and filth ridden skid mark on the underpants of society.  Seriously, would you go visit San Francisco?  Does it even matter if during the day or at night?  San Francisco is great if you are into crime, drugs, prostitution, the smell of human waste and urine, and apparently now anarchy is allowed.  Remember it’s a sanctuary city now.

Now thanks to George Gascan in addition to prop 47 letting criminals out of jail early and de-criminalizing certain crimes, now we are retroactively removing convictions from people’s criminal records.

PS if you’re a member of the CRA you shouldn’t like Gascan, but I heard he might be against smart meters so I guess there is that.

Also in the last few weeks, any information on salary history has been forbidden on the form. It has been replaced with the words, “No Longer Required”.