As I head for higher ground out here in storm country, I had a few thoughts on Hurricane Harvey.  This storm—like anything else in America—brings out the good or the bad in most people; I’m going to provide commentary on those from both sides.

The Good
The federal government and FEMA response; right on point, showing up with buses, helicopters, rescue equipment, rations, you name it, they showed up prepared.

The State of Texas government; again well done great job mobilizing National Guard instantly and getting help to people that needed it most.  The governor looks great too, message on point and looking to help anyone trapped by the flooding.

President Donald J Trump, showed up 2 days after Harvey hit, ironically following the same timeline as one President Obama did.  He skipped the political rallying and electioneering we were used to under Obama and went right to work, saying the feds would be there every step of the way to coordinate and essentially handed Texas a blank check as far as rebuild goes.  He is starting to look more presidential day by day folks.

The hundreds or even—dare I say—thousands of volunteers doing the Lord’s work by carrying out search and rescue missions by boat or staffing the local food bank or clothing dispersal point!  My hat is off to all of you.

Houston PD, FD, and any other response group, impeccable job, the number of lives saved between your work and that of the volunteers listed above I’m sure numbers in the thousands.

Religious and charitable groups; opening your place of worship to those in need most, this includes merchants and other businesses such as that mattress store.  Even 6-12 mosques in the Houston area have opened their doors and provided care and hospitality, nice job all the way around here for the most part.

The Bad
The Mayor of Houston; seriously you never put out a call to evacuate?  Even after being told this storm could drop thirty inches of rain over a couple days?  Even when the storm was approaching and the Governor stated that people should leave the area?  Oh, that’s right; you were too busy trying to arrest local ministers whose sermons might dare to preach that homosexuality violates the Bible and historic church teachings.  Good job, now the entire United States is watching the aftermath in awe.  I never thought I’d live to see the day that another big city mayor could make New Orleans former mayor,  Ray Negan, look good. The number one complaint so far from your residents was that no one was ordered to leave the area and evacuate!  Grow a brain, or maybe even better develop some common sense.

Those who didn’t evacuate. There is no easy way to say this but I seriously question the intelligence of someone who sees a hurricane coming and decides to just hunker down and try to wait it out; especially if you lived in a one story house or a trailer park.  Additionally, you put a lot of volunteers and rescuers in danger trying to save you.

Those who decided to evacuate after the torrential rain has fallen for a while and evacuate by car.  Not much to say here but if you thought it was a good idea loading up the F-150 and making a break for it in water that was waist high, again I’m going to challenge your intelligence; sadly, so may your next of kin.  Remember in the Bible that Noah loaded up an ark when the great rains came, not an F-150.  Also on that point, I like my odds a lot better of being rescued on top of a 30 foot house than being in a 7 foot tall car that quickly becomes worthless when inundated with water, but that’s just me.  Once again, volunteers and first responders had to endanger their own lives to attempt to save your sorry hide.

Ted Cruz. This carnival barking buffoon went on MSNBC to speak about hurricane relief, only to be immediately shut down by the host, painfully reminding “Lyin’ Ted” that he opposed government funding for Superstorm Sandy back in the Obama Administration.  I’m not going to name the host, but I’m sure every CRA member took notice and said to themselves, “Wait ‘til we tar and feather ‘em at the next meetin’. How dare that there host attack a good ole boy like Uncle Ted! He’s one of us.”

However the last person on this list takes the cake by far!

The Ugly
Joel Osteen – multimillionaire televangelist, owner of Lakewood Church in Houston.  Osteen is a celebrity pastor who has never actually read a Bible or had any formal biblical schooling. On his show, he looks like a hackneyed used car salesman or a B actor from a straight to DVD movie flop.

Why am I attacking a minister you might say?  Because Osteen, he of the “Grow your relationship with God daily” type, decided he didn’t want to open his 16,000 seat megachurch in Houston to those affected by the hurricane.  However, Osteen, never one to let a good crisis go to waste, tweeted that “He and his wife (Victoria) were praying for all those affected by Harvey, and to click on an embedded link to donate to the disaster relief efforts.”  Problem, the link directed those interested in donating to Harvey relief to his Lakewood church donation site which made no mention of Harvey.

(Hey X, do you think he got this fundraising tip from Karen England? Just wondering—editor) 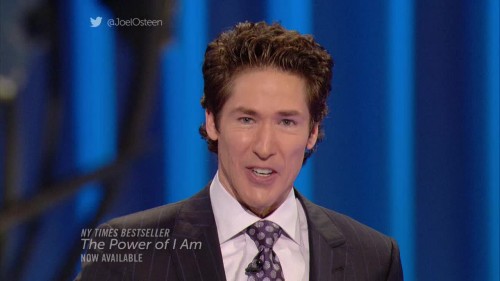 So Osteen is a crook as well as a hackneyed used car salesman.

But it gets even worse. Osteen closed his church Sunday as Harvey was hitting and was not intending to open it up for any disaster relief!  Osteen tweeted out saying the church was flooded and wanted to make sure everyone was safe.  Pretty rich coming from a man who owns not one but at least two multi-million dollar mansions in Houston area, a yacht, and other substantial wealth.  So Osteen kept the pearly gates of his church closed, and a few citizens near his church began tweeting photos of his church with at least 1 access point free of any flooding!  Osteen doubled down, saying the parking garage was full.

Mind you his “church” (and I call it that very loosely) is the former home of the NBA’s Houston Rockets, a 16,000 seat arena.  This arena was bought by the Osteen’s from the City of Houston for $7.5 million; literally a steal, compared to what an arena goes for these days!  (By comparison, the Sacramento Kings new arena cost north of $500 million.)

So let me get this straight; this Osteen guy refuses to open his megachurch because the parking garage may have water in it, so the men, women, and children who were pulled from the wreckage of Harvey with nothing but the clothing on their backs, aren’t allowed to enter his building due to a parking garage being full?  Joel, they don’t give a flying crap about where to park their car you idiot wannabe pastor!  They need shelter.

Osteen once again trying to save face from not allowing the unwashed masses into his church said they would open the doors once all the other shelters filled up, way to be Johnny-on-the-spot Osteen!  By the way, the Mayor, FEMA Director, and emergency personnel were searching for additional places to house victims as the main convention center was 3,000 over capacity.  So finally on Tuesday, Osteen opened the gates to his church and allowed emergency personnel and victims in.

Osteen then had the gall to go on CNN and said his church was actually open from the beginning and wanted everyone to know they were actively seeking donations and his church was going to be a distribution center for those affected.  The nerve of this guy! Anyone want to take bets that he passes around the collection basket to the victims asking for donations for the food and shelter he provided?  Additionally when the disaster relief checks start rolling in, anyone want to bet that he submits a bill for his generosity and stewardship?  This guy is such a huckster it’s comical.

My favorite line of his came back in 2008, when Mitt Romney (remember him?) was running for President. After being asked if Mormons were Christians, Osteen said ‘yes’, then afterwards, he walked it back claiming that he never studied their religion.  Isn’t that just what you’d expect from a televangelist (or used car salesman)? He tells you what he thinks you want to hear then later when he’s cornered on his previous comment, walks it back claiming he never said it.

I hope everyone in his congregation (and I say that because only Osteen’s family are allowed to be members of his church and on the payroll too, I may add), figures this bozo out because he ain’t no preacher of God’s word.  As stated before, I wonder if he has ever read a Bible. Joel, if you start, might I suggest the verse about “itching ears”.

“For the time will come when they will not endure sound doctrine; but after their own lusts shall they heap to themselves teachers, having itching ears; And they shall turn away their ears from the truth, and shall be turned unto fables.”
2 Timothy 4: 3 & 4

Maybe William and I should do an intervention and procure a Bible for free from that Moseley Collins guy on TV that says he will send anyone a free Bible?  Then again that would require Osteen to actually pick it up and read from it; maybe then he would discover there are 4 gospels, not just the gospel according to Joel Osteen!

I wonder how Joel would answer the question asked by the 1987 Ray Stevens song, “Would Jesus wear a Rolex on his television show?”

Final thought, disasters like Hurricane Harvey are horrible events, but it does give us as citizens a chance to see people’s true identities, hope you learned from this one.