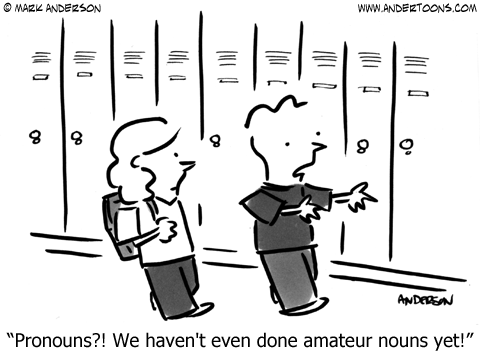 Not content to diminish my marriage and those who believe that marriage should be between one man and a woman (a belief that has served humanity just fine since The Garden); the crazy homosexuals are continuing their campaign against God and his ordained spheres of government. For those that needing a refresher, these are self-government, the family, church, and civil government. As you know, they are using a myriad of different ways to dismantle Western Culture.

Two news stories in the last week need to be brought to your attention. Each is amazing in its own way and should scare the hell out of you once you understand the implications. The tyranny of the State is being brought to bear on law abiding citizens to crush them and their values. The “bitter clingers” as President Obama once called us are being targeted for extermination.  California is rapidly descending into a dystopian society where evil is good and good is called criminal conduct.

Before I introduce the two news stories, it’s important that you understand the attitude of legislators in California. They are not bound by conscience or their sense of duty as legislators who swore an oath to follow the Constitution; like Rod Serling’s Twilight Zone, they are bound “only by their imaginations” as to what they can do. Instead of doing what is right, their attitude is if you don’t like what we do, take it to court or the ballot initiative process and try to overturn it. Go ahead, we dare you!

Theirs is not the attitude of a public servant but the arrogance of an elite ruling class deciding what is best for the unwashed masses.

Rocklin Kindergarten
This article appeared in the Sacramento Bee several days ago.
It is all over the internet now.
A reprint of the Bee article from the Miami Herald can be found here.

Parental rights are under fire once again, this time at a Sacramento-area charter school. A kindergarten teacher at Rocklin Academy Gateway recently staged a “transition ceremony” for a gender-dysphoric student in her class, introducing him to other students as a boy before he changed into a dress and announced his new, female name.

Students were instructed to use that new name going forward. The teacher also gave a lesson about transgenderism to the entire class, using two books not included in the school’s curriculum — I Am Jazz and Red: A Crayon’s Story, both children’s books meant to affirm the idea that transgender identities should be accepted as reality.

On its face, its offensive to me as a human being, a Christian, and a parent but as usual, the most important aspect of the story is what was not mentioned in it.

Upset parents called the school and met with administrators. They protested at a June board meeting. Two families pulled their kids from school. The issue became so heated that the district hired a public relations firm to help with the fallout.

Folks the parents in this story offended by the teacher’s conduct have both my sympathy and support but the fact is that what the child and the teacher did is the law of the land in California and if you don’t like it, the Legislature says you’re a bigot and a homophobe. The law says that you must accept this transgender crap as a valid lifestyle. The government is forcing these perverted values upon us.

Parents can only opt their children out of sex education, which does not include discussion on gender, sexual orientation or family life, according to the California Education Code.

Such a law seers the conscience of young children and is irreversibly harmful to their development.

Remember when I talked in a previous blog about “the compassion of the wicked is cruelty ”?

This is all done in the name of compassion, diversity, and inclusion.

In a just world,  the child forced to wear a dress should have been removed from their parents on the grounds of child cruelty and the parents should be treated for mental illness but in a world where wrong is right, soon the reverse will be true. The Person with traditional values will soon have their children removed and be punished by the State.

Gender and Pronouns
This next is a California bill presumable concerned with the care of the elderly that happen to be transgender. If a caregiver uses the wrong pronoun to describe the person, the caregiver—typically paid at or near minimum wage—could be thrown into jail for offensive speech. If you think this is a simple situation think again. The Sith Lord says Canada recognizes 26 different genders in their laws. How would you like to keep track of that? Well you may soon have to.

Tucker Carlson debated a Democratic strategist who supports a California bill that would suggest jail time for elder care workers who “willfully” misuse pronouns when referring to transgender residents.

“It doesn’t sound very American,” Carlson said. “You go to jail if you say something someone doesn’t want you to say.”

Carlson said Biro was ignoring the principle of free speech for political reasons.

“You can be put in prison for saying what you think is true,” he said of the bill. “This bill criminalizes speech.”

“If you use the wrong pronoun, you can be put in jail. That’s grotesque.”

Oh, this legislation passed the California Senate back in May and was passed by the Assembly Judiciary Committee. It will soon be up for a final vote in the Assembly. What will former Jesuit Seminary candidate Jerry Brown do when it lands on his desk?

The moral of this story is that the new frontier for attacking culture will be speech. If you accidentally say something wrong you can go to jail but what if your minister says it in church on purpose? What if I call something like this law or the incident in Rocklin sinful? Clearly that is also about to get criminalized here in the once Golden State.

Say the “wrong thing” to your children (as defined by some government bureaucrat) and you could soon be found in violation of the law. Homeschool parents this means you too. In Canada, children are being taken from parents by the CPS types because parents aren’t teaching this crap to their children at home. Do you really think California is far behind? I say again, this is already the law in Canada.

I’m warning you that these black hearted and mentally perverted folks have zero tolerance for opposition. They will not rest until all opposition is crushed not just in California but throughout the nation. We are just a few years behind Canada and a few years ahead of the other 49 states.

Your only hope may rest in a guy with a bad hairdo and grumpy attitude on his Twitter account.