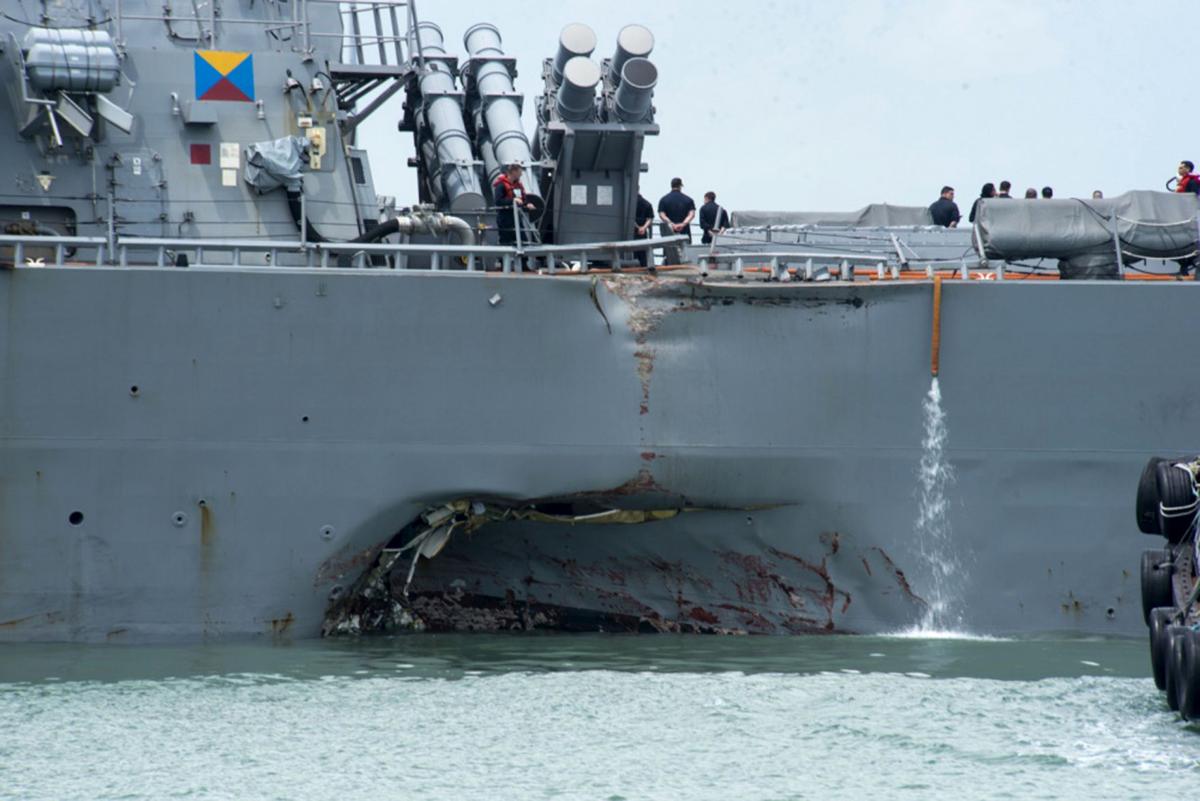 In the last few months, two reports of US Navy vessels colliding with merchant ships have been reported. Both collisions have disabled the ships and resulted in loss of life.

USS Fitzgerald June 17, 2017
Link: Search is on for 7 missing US sailors, cause of ship collision off Japan

I spent six years in the Navy and I’m positive that this is not a coincidence. I think that much of this can be laid at the feet of Barack Obama’s cuts to the military; no, not just cuts in the budget, but his promotion of people on the basis of things not related to qualifications such as diversity and social engineering. Obama ran a lot of good people out of military service and replaced them with less qualified ones. He purposely weakened the military in moral, training, and readiness.

Lest you think this is just a Navy problem, less than two weeks ago you may have seen that Marine Corps to ground all aircraft after recent deadly incidents.

My son is currently in the Air Force and stories of cannibalizing aircraft to keep others in the air are just a way of life for them. Every time an aircraft lands there is an expectation that it needs repair before flying again. That is just how things are for them. It’s really tragic.

Folks, our military is in shambles right now. Let’s hope that President Trump can get it back on track.