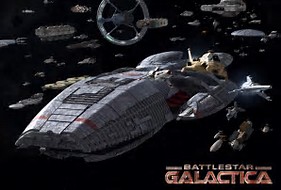 While I didn’t like many parts of the Battlestar Galactica remake that was on television a few years ago, the pilot for the program got one detail right; namely the computers. The premise of the show was that Galactica was “old school” and since its computer systems were not integrated but isolated from each other, it was not susceptible to the computer virus that disabled the rest of the fleet.

Now hacking is being proposed as an explanation for the rash of collisions of Navy vessels. Perhaps this is legit or just an excuse for another system problem.

…the Navy will conduct a wide investigation, including a review into the possibility of “cyber intrusion or sabotage.”

Link: Is someone hacking our 7th Fleet? Navy to investigate after USS John S McCain collision

When I was in the Navy in the 1980’s, Reagan was President and our engineering systems were purposely not using solid state electronics. No transistors were allowed to be used by the protective systems of the nuclear reactors; instead we used mag amps.

Mag amps are such obscure components that my friends that earned electrical engineering degrees never heard of them. Basically mag amps are transformers with additional windings that either aid or oppose current flow. They work but require weekly calibration. They are immune to electromagnetic pulses and thus an EMP attack would not disable ship propulsion.

Now ships have Internet, satellite television, phone capability and other systems that were not available in my day. Whether these systems are integrated into ship-wide systems or isolated is something that I have no firsthand experience with but the possibility exists. Also Aegis Combat Systems have been around for decades. They allow one ship to control the weapons systems of all ships in a fleet to allow coordinated attacks. A logical extension of Aegis is allowing the remote control of a vessel by another one to position the ship for optimum attack. It is logical that such capability exists today.

If you recall, the drones that we flew in Iraq and Afghanistan were controlled from an Air Force facility in Nevada. The control signals for these flying weapons platforms were unencrypted for almost the entirety of the Bush administration. They were hackable for anybody with the right radio setup. Not until it was suspected that somebody might be trying to take them over did the government act to encrypt the control signals.

Perhaps the Navy has a similar problem; the remote control ability of their ships is unencrypted or severely out of date—Windows XP anyone? Perhaps they need to go “old school” and separate their systems so they aren’t so integrated.

Lastly, in my day we had people called look-outs and watches that were supposed to be working with the radar guys to keep us out of trouble. (We had three different and independent radar systems on our ship.) Maybe the Navy needs to get “old school’ in this area also. People work better than automation in many circumstances. The idea that two ships in the Pacific collided with merchant ships and nobody reported their proximity to the bridge prior to the collision is most disturbing of all.