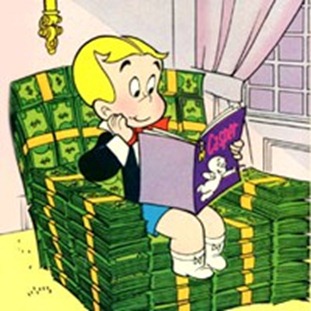 Class warfare is a staple of the Democrat Party. They are constantly berating Republicans for being rich and claiming they are for the little guy. In my previous article I showed extensively the comments of a coworker that leans Left. He blames Republicans for being rich, greedy, and screwing the little guy. In his mind that is their only reason for existence. For people like him, “the rich” are often defined as anyone making a dollar more than you do. Envy and jealousy are biblical names for this particular sin.

After reading my blog post (08-02-2017) to my wife last night, she challenged me to research the rich and try to refute my coworker with facts.

My first thought is that followers of the Democrat Party are not persuaded by facts only emotions.  However, I’m up to a challenge so I took a look at the subject.

As with everything else in our society, everything I found in my research was highly politicized to try to prove either that most rich are Republicans or most rich are Democrats. My first observations were these:
• Many “rich” play both sides of the political divide but typically lean heavily one way or another.
• The one figure that is cast in both camps depending on who you read is Oracle owner Larry Ellison.

Second, there are actually two types of “rich” in our society. In times past they were called the wealthy and the nouveau riche. For those from Rio Linda, perhaps a definition is in order before proceeding.

Nouveau riche (French: ‘new rich’) is a term, usually derogatory, to describe those whose wealth has been acquired within their own generation, rather than by familial inheritance.
Link: Definition Nouveau Riche

Before going further, let’s talk about wealth. Most people think in terms of payroll because that is how they get paid. They are more than happy to vote to tax the rich—especially here in California—but they are dupes. Yeah, they will be able to get taxes from some middle manager in Silicon Valley or aspiring actress in Hollywood but the CEO types? Never! You see, after a certain level, wealthy folks don’t get large paychecks.  As a result, a 13 percent state income tax in California or a 39 percent federal income tax rate (combined tax rate of 52 %) don’t bother them. Wealthy folks have trusts, derivatives, municipal bonds, and other financial vehicles that aren’t available to folks like you or me. That’s why Warren Buffett can say that his secretary pays more in taxes than he does and get a standing ovation from the Democrat National Committee for making the comment. You see, his wealth isn’t from a payroll check—he is beyond the likes of such inefficient stuff. However, he is perfectly fine pitting the poor and middle classes against the nouveau riche ‘cause it’s no skin off his nose.

When you hear about the Forbes lists of wealth people, rest assured that you have left the lifestyle of the nouveau riche far behind. The top of the 2017 list by Forbes is dominated by Democrats even when you put Larry Ellison into R bucket. Guiding these folks are literally the best lawyers and accounting firms that money can buy.

Link: Usual suspects at the top of Forbes list of world’s richest billionaires

Beyond the Forbes list, I began to take a look at the broader group of wealthy and their political contributions and the subject was permeated with so much partisanship that it was impossible to make sense of the information. I found one list that said by grouping the rich by families that 75 percent were Republican and another list that claimed 75 percent were Democrat. Hard money, soft money, 527’s, surrogates, etc. it’s simply impossible to track it all down. Maybe the Sith Lord has time to try but the rest of us are too busy. Direct contributions are easy to identify—to a point—but after that the trail gets cold rapidly. Anybody that claims to be in full possession of the facts is blowing smoke. What you can say is that some folks on each side are more public than others about giving in certain areas be it politics or charities. We all know there are other ways of giving that keep your fingerprints off the contributions.

Additionally, since the days of Bill Clinton, money from other countries has been flowing into US politics but those receiving it find excuses not to keep track of it. We may have some idea of how much but not from where. The bottom line is if you have a will to give, there is a way that you can do so—the variable is the paper trail that you are willing to leave behind.

Clearly, Buffett and the Tech Kings are on top of the hill in terms of assets. They openly favor the Democrat brand and many of us on the Conservative side expect them to remake the party of Clinton and Obama in their image sooner rather than later. Maybe starting in 2020, stay tuned. 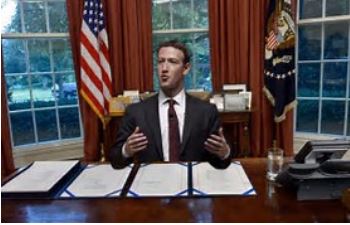