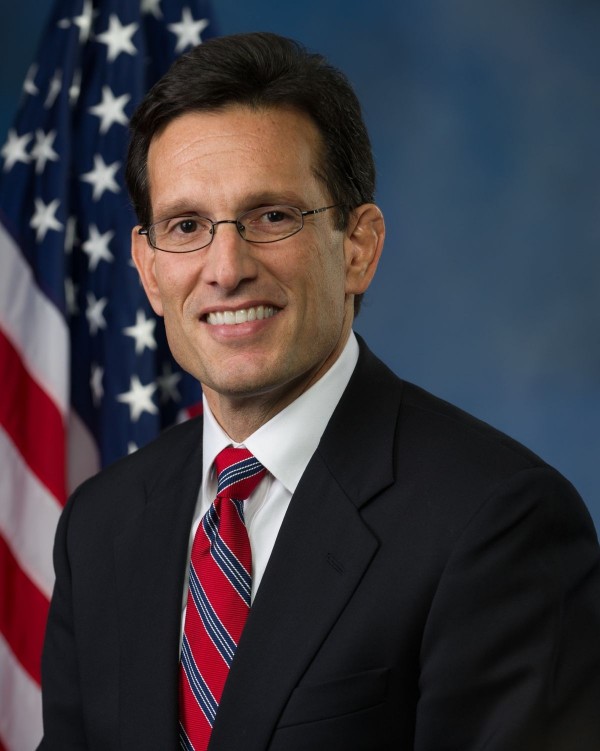 If you needed proof that I’m really right then here you go.

Eric Cantor served in the House for 13 years. He was succeeded as the Republican House majority leader by Kevin McCarthy.

Remember the summer of 2013, when the “Defund Obamacare Tour” drove the news cycle all through Congress’s August recess? The town halls organized by the political arm of the Heritage Foundation enlivened the base and furthered what had been the GOP’s core message since 2010—that Obamacare was bad and, if Americans helped Republicans hold both chambers, it could be repealed.

Cantor helped create that perception. Earlier that summer—after many failed attempts over the years to shred the law piecemeal—Cantor promised colleagues that the House would vote on a “full repeal.” But even after it did, the measure was dead on arrival in the Democratic-controlled Senate…After seven years of pledging they could dismantle Obamacare, if only they had control of Congress and the White House, Republicans—at last in charge of both—have faced deep divisions over a replacement.

Asked if he feels partly responsible for their current predicament, Cantor is unequivocal. “Oh,” he says, “100 percent.”

He goes further: “To give the impression that if Republicans were in control of the House and Senate, that we could do that when Obama was still in office . . . .” His voice trails off and he shakes his head. “I never believed it.”

Yeah, here’s the proverbial “smoking gun.” Republicans never believed they could win on Obamacare. They just wanted the issue for votes. They also didn’t believe Trump could win the White House. Republicans controlling the levers of power is the Establishment’s worst nightmare.

Oh, lastly is Cantor’s advice for the current leadership is do nothing!

All it takes, Cantor will tell you, is for party leadership to do what it’s been doing—to keep quiet, hold its breath, and watch the party return from the anger detour.

The author of the story then asks the question that logically follows:

But what if he’s wrong?

“God help us,” Cantor says. “Because how does it end?”

Link: Eric Cantor: “If You’ve Got That Anger Working for You, You’re Gonna Let It Be”