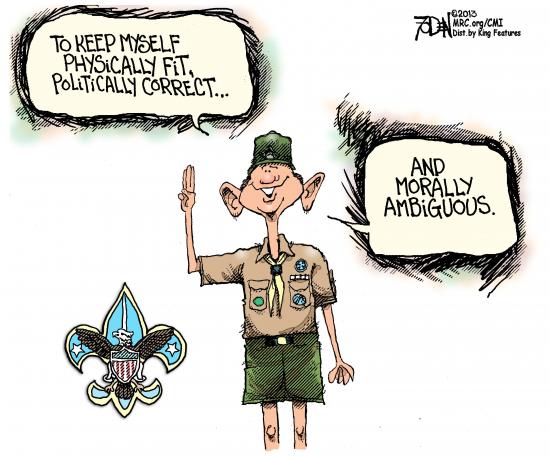 If you want to see where California is heading in the next few years then look to The Great White North. Canada has implemented some of the most far reaching and onerous laws promoting homosexuality on the planet. Canada has erected a series of human rights commissions that are charged with enforcing these laws. Both freedom of speech and religion have been severely curtailed in the last few years. Parents are in danger of losing their children to the state and preachers are forbidden to talk about sin from the pulpit.

To see where California is heading between now and the end of Gavin Newsom’s administration (and yes I think he will be the next governor) let’s look north. In Canada, a Christian group had created a charter school a few years ago. Now that these human rights commissions and other legislation are in place, the environment has become hostile to Christianity. The school district mentioned in the article below is Battle River School Division (BRSD). The charter school is Cornerstone Christian Academy.”

Christian School Defunded Over Bible Verses
But that has come to an end in a dispute over the school’s use of two biblical passages that BRSD board members contend “denigrate” and “vilify” LGBT individuals.
•Know ye not that the unrighteous shall not inherit the kingdom of God? Be not deceived: neither fornicators, nor idolaters, nor adulterers, nor effeminate, nor abusers of themselves with mankind, nor thieves, nor covetous, nor drunkards, nor revilers, nor extortioners, shall inherit the kingdom of God. And such were some of you: but ye are washed, but ye are sanctified, but ye are justified in the name of the Lord Jesus, and by the Spirit of our God. – 1 Corinthians 6:9-11
•Now the works of the flesh are manifest, which are these; Adultery, fornication, uncleanness, lasciviousness, idolatry, witchcraft, hatred, variance, emulations, wrath, strife, seditions, heresies, envyings, murders, drunkenness, revellings, and such like: of the which I tell you before, as I have also told you in time past, that they which do such things shall not inherit the kingdom of God. But the fruit of the Spirit is love, joy, peace, longsuffering, gentleness, goodness, faith, meekness, temperance: against such there is no law. And they that are Christ’s have crucified the flesh with the affections and lusts. – Galatians 5:19-24

Please note that these verses in the Bible were written almost two thousand years ago. The Scriptures didn’t change in the nine years that the charter school has been running.

Earlier this year, Cornerstone removed the Corinthians passage from its website at the request of BRSD, but planned to include it and the Galatians passage in the student handbook.

Note: Colorado also has a human rights commission. In 2012, this commission was responsible for prosecuting a baker for refusing to make a wedding cake for a homosexual couple. (This happened two years before the Supreme Court forced “gay marriage” upon the fifty states.) This is the case scheduled to be heard this fall by the Supreme Court.

It is my belief and has been for several years that California will eventually require a test oath in order to allow access to employment, student loans, and other government benefits.  But we Americans always do things to extremes so why not include the private sector as we implement these rules?

The first sign of this oath was last year in the bill to restrict student loans to schools that affirmed the gay rights agenda of the State as a condition of giving loans to California college students. This bill was withdrawn but I fully expect it to be passed by the end of the next legislative cycle (2018).

Today in the news is the next plank of this movement.

The bill would apply to every employer in California with 50 or more employees requiring training on gender harassment, as part of current sexual harassment training. And it reaffirms that transgender workers are allowed to go by their preferred names and pronouns.

If this bill doesn’t get signed by Jerry Brown it certainly will by Newsom. So how will employers prove they are complying with the law? They will have to have another poster in the breakroom and a signed form from each employee that they have been trained about the special treatment that must be given to sexually and morally deviant people. Failure of businesses to comply will eventually mean they will be forced to cease operations and failure of employees to sign will eventually cost people their jobs.

This law is not the end; it’s just the next step. These laws are to legislate morality (or in this case immorality) and to attack traditional Christianity. Remember that all law is religious. This is an establishment of religion albeit a foreign one.

We are very close to going full circle back to Rome. In ancient Rome you could have any god you wish as long as you acknowledged Caesar as Lord. Those that said Jesus is Lord were attacked not on religious grounds but as political enemies of the State. Christianity was high treason.

California is trying to criminalize Christianity—not just banish it from the public square but cleanse it from the culture.