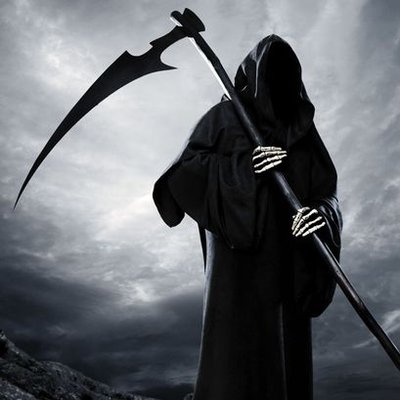 Adam was just entering his teen years when I last saw him. His family moved out of state shortly after I was married. His dad was in my wedding party and a great guy. His dad had a great sense of humor. Except for his irrational love of Monty Python, I usually found that we liked many of the same things.

As is common for church members, we had a going away party for the family before their big move. At the party, I happened to mention to him an obscure song by Marty McCall and Fireworks called Adam.

The song is presented from the point of view of the singer blaming Adam for causing this world of woe by sinning in The Garden. The song wonders what the world would be like if the original Adam had not disobeyed long ago.  The lyrics include the line,”Adam how I hated you…”

Adam’s reaction to this brief portion of our conversation was really weird. He seemed to take it as if the song was about him, not a guy that lived a few thousand years ago. I tried to get him to understand that it was not about him but I still remember him not letting it go.

Years later, he and I became Facebook friends. On Facebook, I was friends with his parents and since he was now an adult, I became friends with him too. (Subsequently, his folks deleted their Facebook account.) When I viewed his page, what a shock I had. The squeaky clean kid I knew in California was living far away and had become some kind of Goth. Everything was black. Sadly, so was his heart. He was into drugs and had tried several times to commit suicide. He was effectively homeless. I occasionally would look him up on Facebook. Sometimes I would post a Scripture or encouraging word.

How this kid that was “raised right” could end-up so messed-up was tragic.  From the outside he had everything: a loving two parent family, an upper middle class home, a good church, education, etc. I remember praying for him often during my breaks at work.

Last week we visited Church of the King in Roseville. My wife and I ran into some mutual friends that we know there. It was then that we learned that Adam had committed suicide. Apparently, it happened months ago but word was circulating slowly all the way to California. I was devastated that this wonderful kid that I once knew had fallen far enough to purposely take his life.

The first chance I had, I checked my phone to see if Adam’s Facebook account was still there. I wanted confirmation. Unlike many that I know have died, his Facebook account was gone.
(Note: there is nothing creepier to me than getting an automated reminder from Facebook to wish a dead person a happy birthday.)

Later, I think I found an obituary online, but the site wanted money to access the information. Suicide is not exactly something those left behind like to brag about so I understand that it is hard to find information about one, even in this digital age.

I miss Adam. I think the world was a better place with him in it. I’m sad for his family.