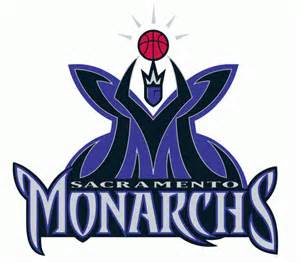 While perusing my twitter account I came across a story on the Woman’s National Basketball Association which I had a feeling was “fake news” however I clicked on it nonetheless.  I was completely stunned by the fact it was most definitely not fake news, it was very disturbing.  No, not that the WNBA is still around (which was news to the Blog Father since the Sacramento Monarchs went extinct years ago) but the story was a huge bombshell. It features former Stanford Basketball Star Candice Wiggins telling her story about why she—a former 3rd overall pick in the draft and at a young age of 29—has decided to retire effective immediately.  As I said the story is very disturbing, I don’t follow the WNBA, nor do I care about it, but for the leagues sake I hope it is false.

Wiggins goes into detail that the league has a culture that is toxic and very, very harmful, specifically saying that she was targeted by her teammates and other players in the league because of her HETEROSEXUALITY.  Wiggins added the league is about 98% homosexual…. And well ok, I’m just going to quote her verbatim “”Me being heterosexual and straight, and being vocal in my identity as a straight woman was huge ,” Wiggins told the Union-Tribune. “I would say 98 percent of the women in the WNBA are gay women. It was a conformist type of place. There was a whole different set of rules they (the other players) could apply.”  Here is another disturbing line again, verbatim “People were deliberately trying to hurt me all of the time,” Wiggins said. “I had never been called the B-word so many times in my life than I was in my rookie season. I’d never been thrown to the ground so much. The message was: ‘We want you to know we don’t like you.’”

Ok, I know what you are thinking, she probably played with one team, and it was a dysfunctional clusterflip like the Sacramento Kings right?  Nope she played on Minnesota, Tulsa, Los Angeles, and New York, so I think she had a pretty good barometer of the leagues players.  I will say I am astonished by how smart, and even keeled Wiggins is, I know I would have retired about 6 years ago.

In closing before I make a broader point about her comments I will quote her again “I want you to understand this: There are no enemies in my life,” Wiggins told the newspaper. “Everyone is forgiven. At the end of the day, it made me stronger. If I had not had this experience, I wouldn’t be as tough as I am.”  And again “I try to be really sensitive. I’m not trying to crush anyone’s dreams or aspirations, or the dreams of the WNBA. I want things to be great, but at the same time it’s important for me to be honest in my reflections. ”

Wow, Candice Wiggins folks, I’m not even joking she is really special; she left a very lucrative career, and shone a light on everything wrong with it.  You go Candice, I know I don’t have to tell you this but use that degree from Stanford and change the world for the better!!!!!!

Ok shifting gears, one thing that comes to mind when reading this article is that it describes today’s political society to a T, INTOLERANCE . Just look at the dynamic in Washington between President Donald J. Trump, the Republican Party, and the opposition.  Think about it, if you are a true conservative, you live what Candice did every day.
• You are a heterosexual human being, congrats you are a homophobe.
• Approve of a vetting of persons from certain Muslim countries, congrats you are islamaphobic.
• Claim to support Trump, congrats you are a fascist.

I don’t pretend to know Candice Wiggins, I don’t, but what she described is bubbling up in this country, the opposition driven by teachers unions and students who grew up knowing nothing but safe spaces, pipeline protestors in the Dakotas imported from other states.  Conform or else, well, myself and the Blog Father won’t, and you shouldn’t either.