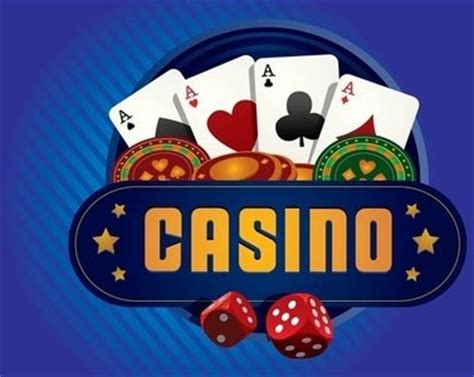 I’ve decided to wait another week before whacking Rich Uncle Penny bags AKA Warren Buffett to shine some light on the recently passed Indian Gaming Taj Mahal coming soon to Elk Grove.  Just to set the record straight, X is no fan of the new casino; however, I do not oppose it because of a perceived notion that crime, prostitution, and drunk driving will occur more often.  X opposes the casino because Elk Grove was supposedly founded on being a family friendly bed and breakfast community with hopefully enough amenities that you can always find some good clean fun in town.  A casino is not family friendly or a provider of good, clean family fun.

Let’s face it many of us have been to local area casinos such as: Thunder Valley, Red Hawk, Jackson Rancheria, and Cache Creek. The narrative is the same at all of them; a 2,000 plus slot and table game gambling floor, a hotel, a plethora of buffets and nice restaurants, concert areas, and a golf course.  This is all fine; however, you must be 21 or over to play on the gaming floor, thus children are not allowed. Also casinos are exempt from California’s no smoking laws, so I guess there will be Prop 65 warnings about how the casino can cause cancer right?  While casinos do not show any increase in crime or drunk driving per say, the biggest reason the City Council will regret this decision is these establishments are a horrible vice, one capable of destroying a family.

X will cede the point that alcohol and illicit drugs are a major reason for the breakdown of a family, with the former being served at Indian Casinos. To me, the single worst problem caused by these casinos is that they often prey upon people with limited to no disposable income.  I’ve seen it many times over the years. X only attends Indian Casinos once in a blue moon, but when he does he is startled by the number of people gambling next Friday’s paycheck on red trying desperately to double their money.  This leads to major financial ruin for families eventually causing homes, cars and even retirement savings to be lost in the name of trying to earn a quick buck.  Don’t take my word for it, go to a casino and you will see it first hand; laborers, blue collar workers, and retirees spending copious amounts of money each hour; and these places are extremely expensive.  Wait and watch as Elk Grove burns folks. Any bets on free transportation to and from the nearby Del Webb community?

This was the single dumbest decision ever made in this city’s brief history.

However I will give the executives and decision makers from the tribe big, hearty congratulations.  They single handedly fleeced the entire city council.  The compact will pay the City of Elk Grove $132 million over 30 years to offset the increase in traffic and mitigation issues the casino will cause.  Isn’t that nice of them?  14.5 million of that will be up front to assist with police, road improvements, and community facilities.

When a casino went into El Dorado County, the county government made the tribe build out the roads and overpass for Red Hawk before they could build the casino but, with this deal, the City of Elk Grove will foot the bill for access to the casino.  Please keep in mind that the City Fathers already spend 30 million for freeway access to the ill-fated mall project. I am not sure what community facilities entail, but I would assume more convention centers or sports complexes we don’t need.  (Can you say aquatics center and Cadillac soccer center?—editor) The tribe was smart; they also are including in their 4.5 million annual payment monies to be directed to Elk Grove Unified School District and local charities, essentially buying off all dissent that could have shown up.

X was in attendance at the council meeting when this item was brought up. I witnessed concerned and angry citizens being ignored by the city council—which I may add featured CRA endorsed tax hiker Patrick Hume and union lover and revenue supporter Steven Detrick.  It’s funny because a grand total of 0 members from CRA were in attendance; maybe because they want to keep Hume and Detrick happy?

This goes back to why the CRA and Republican Party are extinct in California, especially in Elk Grove.  Steven Detrick also embarrassed himself by voting in support of the casino before he was even called on!  Hume heard there was a bribe, err I mean money from the tribe coming for transportation projects (He sits on the Regional Transit Board) and immediately voted yes.  These are two CRA darlings’ folks! Say one thing around election time but do another when it comes time to take a stand.  The loan voice of reason on this issue was Steven Lie, sorry Ly, he actually spoke out against, but voted in favor.  X cannot blame Lie because he is running for Mayor on a deceive the public platform.

Now we know why the council was so quick to defeat the call for a local sales tax in Elk Grove. The fix was in way back in July.

So to summarize, here is what the tribe will be paying to Elk Grove.
(This was verified by a resident empty suit who works in the City Hall.)

• 14.5 million up front to pay for roads, police, and community centers.  Likely this money will be used to pay for the Yes on Measure B fliers sent out at taxpayer expense the blog father wrote about earlier.
• Then the City will get an annual payment of 4.5 million to essentially put toward anything they want.  This is a very measly amount when you look at the total revenue likely to be generated at this Casino.
• Even worse, the 4.5 million will be subject to only 2% annual inflation increases, even when the City’s own economic staff pegs inflation at around 4% in the immediate future.

We got a raw deal. X recommends voting against Darren Suen, Steve Ly and Steven Detrick in November; however CRA likely will endorse all 3.

Til next time loyal readers,