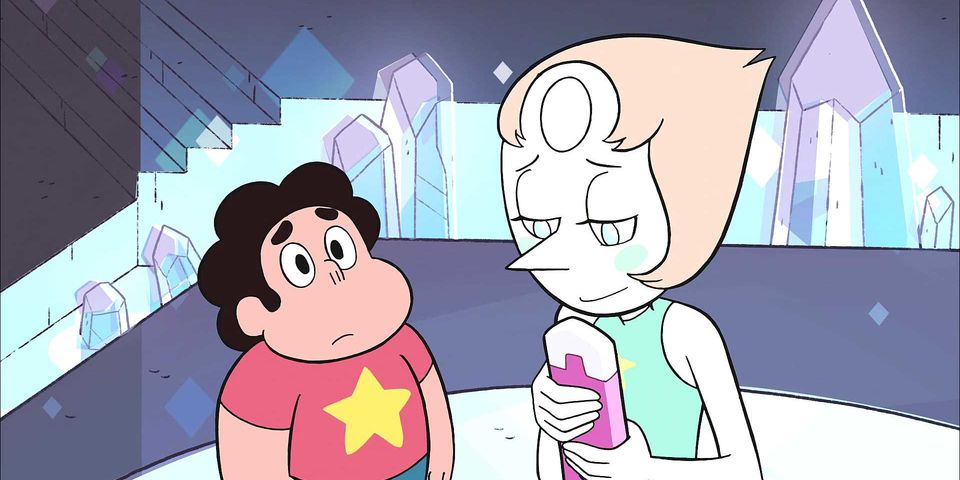 It is the belief of some fringe protestant group—possible the Amish—that claim that “Satan travels true wires” so if you don’t have electricity, he can’t target you. I’m starting to think they might have a point.

Earlier this week I was reading articles on Blastr.com. I often visit this website to see what movies are in the works; one article caught my eye.
Cartoon Network UK censoring Steven Universe’s sexuality misses the entire point of the show

Until recently, I would not be interested in what is happening in the U.K. but since Obama took office, I have found England’s U.S. news coverage more comprehensive than I usually get from American journalists. The media here is so in love with our dictator-in-chief that they are rarely objective. Often they either praise his rule by Executive Order or just ignore what he is doing—whichever they think will further his administration more.

When a website dedicated to the genre of science fiction entertainment is talking about Cartoon Network, censorship in England, and sexuality; clearly something is amiss.

Before I get into this article I want you to understand who owns and operates this website. This website is run by the SyFy Channel. SyFy is owned by NBC-Universal which is owned by Comcast. This is not some fringe place on the internet. No, this website is part of one of the largest entertainment companies in the world.

The article is an opinion piece that defends a particular cartoon and castigates the censorship by English broadcasters. The edit being complained about is rather mild in my opinion. What shocked me most was the high praise of Steven Universe for being the most openly gay cartoon ever made. Steven is gay; not just the side-kick or some peripheral character.

Steven Universe is gaaaaaaaay. It is easily the gayest kids’ cartoon in the history of western animation. And we’re not just talking about subtext, either. While Steven Universe may be innocent and cutesy, there’s no denying certain facts:

– Pearl is in love with Rose Quartz (as confirmed by the show’s creators), often to the detriment of her own self worth

– Amethyst shape-shifts into all sorts of forms, many of them male-presenting

– Steven and Connie have fuzed to form a genderqueer person, Stevonnie, who is, let’s be real, attracted and attractive to both men and women

In short, Steven Universe is a rainbow show, kids. And everyone loves it for that.

I’m like dang! I had no idea that there was such a thing. To me this cartoon is totally out of bounds. I know that most programming on Cartoon Network is not Thomas and Friends but really! This is propaganda and recruiting in its most blatant form.

The fact that this is shown on Cartoon Network means to me that it will fly under the radar of most parents. When I think Boomerang or Cartoon Network I think of children’s programming and I likely wouldn’t give much thought to the title Steven Universe. I thought it was Jimmie Neutron for the next generation.

It’s hard to have worse programming than the pre-teen crap on the Disney Channel but apparently NBC found a way. Too bad they can’t keep homosexuals confined to their Bravo channel.

This also means Steven Universe will eventually find its way to streaming services like Netflix and Hulu. Parents, it might be a simplification that Satan travels true wires but he certainly is trying really hard to get through your television to desensitized your children to evil.

This is another reason to “cut the cord”.