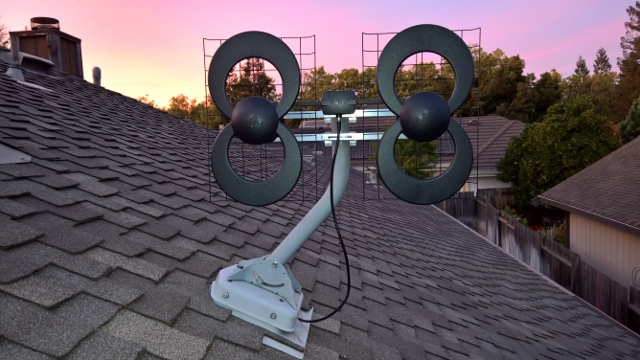 2016 began with my efforts to stop more fiscal bleeding so I can add more fuel to the Dave Ramsey “snowball”.

On New Year’s Day, we cancelled our subscription to DirecTV. I had been a customer of DirecTV for about ten years.

Back in 2006, I traded in our miserable service from Comcast. Comcast’s Internet and HD television we just crappy. Dial-up was faster on evenings and weekends than anything offered by Comcast. Their HD could be beaten by “rabbit ears” any day.

Unfortunately I live on the “old side” of Elk Grove where there is no fiber-optic cable or competition. Thus we looked at Dish and DirecTV. The deciding factor of which satellite product to go with literally came down to one TV show. My three year old liked Thomas the Tank Engine and Dish didn’t carry the station and DirecTV did so we went with them.

In contrast to Comcast, DirecTV had great service and a superior television experience. However, the bill kept inching upward. Two years ago, we dropped one television from our bill. We went from three to two TVs. I think we did that in November or December of 2014. We also went to a lesser programming package. Then in January, DirecTV raised their rates. After all was said and done, our DirecTV bill was about two dollars cheaper than having a higher programming package and an additional TV.

We have been subscribing to Amazon Prime and Netflix anyway so I decided to bite the bullet and “cut the cord”. The only thing we immediately miss is HGTV. They have no streaming subscription package and you can’t get much from their website. Yeah I know you can get them on Sling TV but you can’t DVR the programs or watch them when you want. Besides, we just added Hulu and the idea is to save money not reallocate it.

We bought a TiVo Bolt and a drone unit for the bedroom. Only after buying it did we learn that Hulu is not available thru the Bolt. As best as I can piece together, the app for the Bolt needs to be written in HTML 5 but previous TiVo products used Flash Player to power their app. TiVo has yet to get their Hulu app working on the Bolt. I called TiVo a few days ago and was assured that the Hulu app would be deployed to users in the next few days; I have yet to see it.
Update: After posting this blog, I checked again and found that the Hulu app is now available on my TiVo Bolt

Anyway, here is the quick and dirty economic analysis. DirecTV costs $109 per month less Hulu subscription of $12 yields a net savings of $97 per month. ($1,164 per year)

Oh the TiVo Bolt was $299 at BestBuy but was on sale for $289 and when we paid for it, for some reason we were given a $50 BestBuy card. We used the card to buy the $149 drone unit so we got both for about $400. The Bolt will support 4K displays and record up to four programs at once off the HD antenna.

In April, we get to kick Verizon to the curb. We will finish switching to Cricket. This will cut our monthly cell phone bill about $140 dollars compared to what I’m paying right now for two phones on “Big Red”. Oh, I think we will at least double our data when we switch.