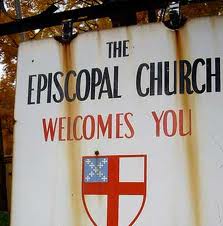 The Anglican Communion has suspended the Episcopal Church of the United States. In a move that should have happened when the 1928 Prayer Book was dumped in favor of a watered-down, modern language one (i.e. the 1970’s), nevertheless, the worldwide group has finally acted.

For the first time, the global organizing body of Anglicans has punished the Episcopal Church, following years of heated debate with the American church over homosexuality, same-sex marriage and the role of women.

The Anglican Communion’s announcement Thursday that it would suspend its U.S. branch for three years from key voting positions was seen as a blow to the Episcopal Church, which allows its clergy to perform same-sex marriages and this summer voted to include the rite in its church laws.

It was also seen as a victory for conservative Anglicans, especially those in Africa,, who for years have been pressing the Anglican Communion to discipline the U.S. body.

“The traditional doctrine of the church in view of the teaching of Scripture, upholds marriage as between a man and a woman in faithful, lifelong union,” the leaders of the Anglican Communion, which represents 44 national churches, said in a statement during a meeting in Canterbury. “The majority of those gathered reaffirm this teaching.”

The article goes on to report that since 2003, ECUSA

“has lost more than 20 percent of its members since it consecrated Robinson, and new statistics suggest that membership continues to fall, dropping 2.7 percent from 2013 to about 1.8 million U.S. members in 2014.”

What is happening is that the faithful part of the church—which is showing exponential growth—has isolated the malignant tumor that is the American Church. Were it not for hundreds of millions in trust funds and endowments, ECUSA would be extinct. This large cache of money has insulated them from having to hold to biblical orthodoxy in order to survive.

It’s sad when wolves like Gene Robinson are the Shepherds of the flock. When lay people need to pray for the repentance and salvation of their church leaders, in my world it’s time to go elsewhere. No wonder today’s youth are so pagan. Many people are in hell today because of Robinson and his fellow liberals but they’re ok with that because they don’t believe in hell anyway.

Since believing the words of Jesus is not necessary to be a Christian as Robinson defines it, I’m not sure why he would even call himself a Christian. Gene, if you don’t believe in the Bible, be honest enough to get out of the church. Heretics, heathen, and hypocrites are leading ECUSA beyond apostasy. Scripture promises that leaders like you should be fitted with a millstone and put out to sea.

Instead of repenting, look for the ECUSA leadership to double-down on their rebellion.