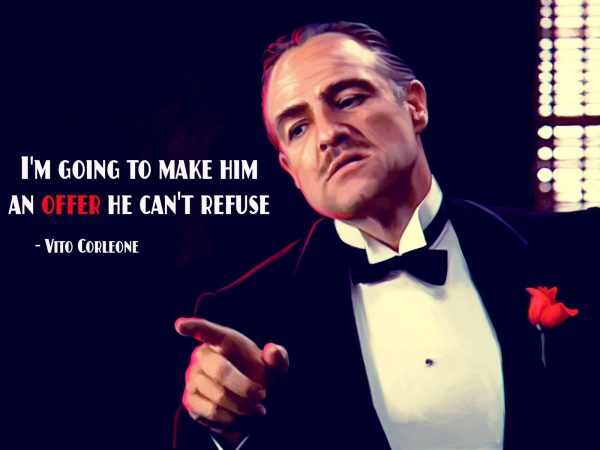 When bureaucrats “strain at a gnat and swallow a camel” that’s bad. When that bureaucrat is your boss it’s hell. I had that experience yesterday.

My main task at work is to do collections. This isn’t the typical “cold calling” where some guy in New York or Guatemala calls your house at dinnertime and threatens to remove your kneecaps or repo your car. My job is a lot more low keyed that that. I try to collect money from former California state employees that were over paid for a variety of reasons. Truthfully most of these screw-ups are the result of personnel specialists that don’t know what they are doing or that don’t follow-up from one month to the next resulting in an accumulation of unresolved issues. Government employees usually operate by the “squeaky wheel” method so if it doesn’t make noise then it doesn’t get fixed.

Well my department is hemorrhaging money—especially since it is financed out of the General Fund. Democrats try to defund law enforcement in any form since they believe criminals are not really bad people just socioeconomically disadvantaged. As a result, my department is making an effort to collect money owed to them.

The collection process here is anemic when compared to the private sector. In my department, employees owe millions of dollars due to overpayments. I’m tasked with trying to get about 1 ½ million from headquarters employees. (There are over thirty entities in my department with Headquarters being the largest.) Most of this money is never recovered; in part due to the restrictions placed on us by the government. We cannot go after any retirement money or disability payments—even if the employee owes tens of thousands of dollars. We also are bound by a notification statute—if you are not informed that you were overpaid within three years—the state can never go after you. Another constraint—which was removed two years ago—was that even if you owed the state money and everyone knew it, personnel was prohibited from collecting it from your final check unless you voluntarily allowed them to do so. In other words the standing policy was “bill me later”.

Our collection efforts can only be triggered when two conditions are met: the employee has left state service—not just our department—and the first notification letter was sent within the three year statute. We then follow up with three letters sent at 30 day or longer intervals. Only after all letters are sent can we turn the people over to FTB and the collection agency. Typically this period is a two year cycle—at least on paper. The reality is that I have seen people at FTB for over seven years and similar intervals at the collection agency. Often no money is collected. Some people have been thru the collection cycle two and three times. If we don’t have records of previous collection attempts or they are incomplete then management will make us do the whole thing over again. The presumption is that if we don’t have the records then nothing was ever done. The burden is on the former employees to prove that we have already attempted collection.

Once that first letter is made, we will periodically hound former employees. Death is not a barrier to our collection efforts. I often sent letters to dead people that read in part, “Should you return to State service, SCO will notify the Department you have reinstated with to pursue collection of your overpayment to CDCR.”

This job is not very difficult once the work is organized. I am confident that I sent more collection letters out last month than the rest of my unit put together. Let’s just say that Rush Limbaugh is not the only guy that shows up to work every day with “half his brain tied behind his back just to make it fair”.

Yesterday, my supervisor refused to sign the collection letters for two employees because we were missing collection letters for items on their accounts. My reaction was, really? I try to do my best when generating these letters so I took a look at the accounts to see what the issue was. I was incredulous. The amounts necessary to halt collection were thirteen and fifty-nine cents respectively.

Just so you understand what my supervisor was demanding… I was expected to send emails to each personnel specialist instructing them to complete the forms for .13 and .59 cents. The forms were then to be placed in envelopes, stamped and mailed to the employees. A copy of each letter would then need to be scanned and attached in the accounting program with the original filed in the employee’s personnel file. Then I would have to wait for 30 days before continuing collections. Yeah, I know: postage and an envelope cost more than that but this is the government.

As a taxpayer and a human being, this instruction was offensive. Instead, I printed copies of the accounting items and then taped a dime, nickel and two pennies to the item for seventeen cents and the taped two quarters, a nickel and four pennies to the other document for fifty-nine cents and submitted them for deposit. Once the payment is posted I can continue collections on the employees.

I have the satisfaction that I saved the taxpayers a few dollars and denied a few bureaucrats a pyric victory by letting common sense triumph over process.