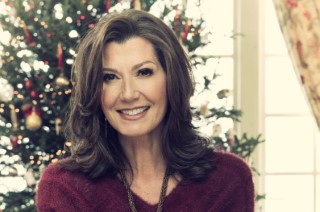 They both got on my naughty list this month for the same thing, redefining marriage. Sorry culturally compromising people but marriage is between a man and woman. God didn’t make Adam and Steve, or Ellen and Eve as Ole Dave Waddell used to opine. When people in a homosexual relationship want to stay together it’s not a marriage. Anyone that calls it that demeans the institution and the Biblical view of God. There can be no such thing as marriage in a homosexual union; in fact, rightly viewed there is no such thing, its just a convenient fiction, an imitation, a demonic copy.

First Trump. And folks this is likely just a bridge too far for me to enthusiastically support the Orange Man in 2024.

Thursday’s “Spirit of Lincoln” gala was in honor of the “Log Cabin Republicans” a pro-homosexual activist group formed 45 years ago.  The party, held in the ballroom of Donald Trump’s Mar-a-Lago beachfront country club and residence, was a joyous celebration of gay rights and —by coincidence— the historic “Respect for Marriage Act,” obliging the federal government to recognize same-sex marriage, signed into law by President Joe Biden just days earlier, after 12 GOP senators defected and voted with all the Democrat senators (at the urging of the Seventh-day Adventist Public Affairs and Religious Liberty Department).

The long-planned event in honor of the Log Cabin Republicans’ 45th anniversary brought in Republican notables like former Ambassador Ric Grenell, Rep. Kat Cammack (R-Fla.), former State Department spokesperson Morgan Ortagus, who emceed the evening in a feathered turquoise gown, and former GOP gubernatorial candidate from Arizona Kari Lake, who was swarmed by guests eager to meet her and take a photo.

“We  are fighting for the gay community, and we are fighting and fighting  hard,”  Former President Trump said. “With the help of  many of the people here tonight in recent years, our movement has taken incredible strides, the strides you’ve made here is incredible.”

In fairness, Trump didn’t mention Sleepy Joe’s law attempting to enshrine homosexual marriage into federal law, but it was enough of an issue that Politico called the party “a celebration of the same-sex marriage law”.

Next up is Amy Grant.

Seems Amy has thrown in the towel on the Bible being the highest authority in her life. Instead, she has thrown in with the rainbow people and made love—however pervertedly you wish to define it—as the highest value in life. Rev Franklin Graham has taken her to task over this, but shouldn’t her local pastor be leading the charge on the issue? Well local pastors did so well with Covid, by comparison this issue should be a sinch since its specifically condemned in the Bible from Genesis to Revelation, but sadly let’s get back to reality. Here’s the meat of the story.

Upon learning that her niece declared her sexuality, Grant openly said her reaction was: “What a gift to our whole family to just widen the experience of our whole family.” “Honestly, from a faith perspective, I do always say, ‘Jesus, you just narrowed it down to two things: love God and love each other,'” Grant said. “I mean, hey — that’s pretty simple.”

In 2013, Grant did her first interview for PrideSource.com, an LGBT news website, where she shared her views on faith and LGBT issues.

The wife and Christian singer also told “Proud Radio” host Hunter Kelly last year about why it’s important for her to set a “welcome table.” Grant stated that she was invited to a “table where someone said, ‘Don’t be afraid, you’re loved.’ Gay. Straight. It does not matter.”

“[It] doesn’t matter how we behave. It doesn’t matter how we’re wired,” Grant said, according to Church Leaders. “We’re all our best selves when we believe to our core: ‘I’m loved.’ And then our creativity flourishes. We’re like, ‘I’m gonna arrange flowers on your table and my table.’ When we’re loved, we’re brave enough to say yes to every good impulse that comes to us.”

Boy, Amy sure seems to have lost her way. Sadly, she’s not the only one. Enabling people on the way to hell by cheering them on in their spiritual darkness is a much different proposition from warning them of their peril and telling them to turn from the wrath to come.

I have friends that know Amy personally but until I read about Graham taking her to task, I had no idea she was so immersed in heresy and compromise on this clearly stated Scriptural teaching.

Amy once did a song about “love will find a way” but if that Way is not to the Cross then its in vain.