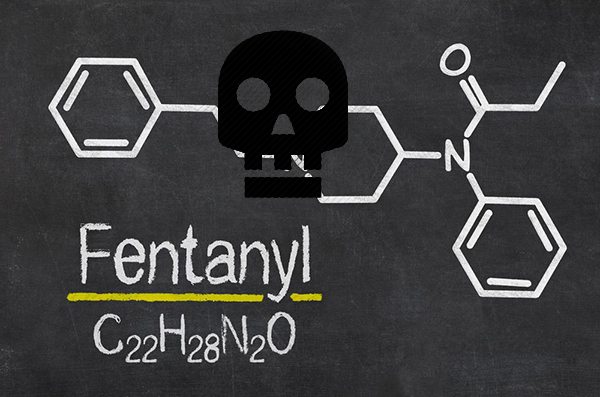 Fentanyl is affecting hundreds of thousands a year, in all our communities.  How and why is this happening?

Well really its simple, we are a country of addicts.

I spoke to a friend in law enforcement and his comments were similar to mine.  He took the stance of his industry that legalizing weed was a horrific idea, due to its status as a gateway drug.  You start with weed, then your body needs more, so you smoke it more times a day.  Then you have a larger desire, so you move on to cocaine, heroin you name the next drug in line.  Furthermore, that doesn’t become a big enough hit, so you move on again.  Eventually all roads lead to the fentanyl dealer.  You take him up on it, if it doesn’t kill you, you come back for more.  Or it kills you and you leave a family/loved ones behind.

The overwhelming belief from my friend in L.E. and his colleagues, where the bud is so much stronger than it used to be back in the hippie days, people are getting hooked quicker.  We made a colossal mistake, but we do not wish to admit it.

Don’t believe me?  You do not have to. All I ask is for you to picture yourself at your office or around your friends.  How many of them drink energy drinks/Starbucks/Dunkin?  How many drink numerous servings of them a day?  How many vape?  Smoke?  Do edibles etc.?  We are a large nation of addicts, many of the caffeine crowd make numerous trips to the “legal crack den” coffee shop as I call it.  They are addicted and will need a bigger buzz at some point.  So, you switch, move up etc. and eventually you end up dead.

A second hypothesis of mine is depression/mental health issues

We locked down for 18 months, maybe longer depending on your state of residence.  We told folks at some of the lowest parts of the socio-economic ladder they were not essential.  As a result, they stayed at home since well they weren’t needed.  (2 weeks to slow the spread anyone?) This did horrific things to people’s mental health.  When people are down, they search out a fix.  The pandemic did wonders for your local dealer, and I’m not talking about the one working on a car lot.  When you feel alone, depressed, and told you are not essential…. well, is anyone surprised we have a drug problem?

Isn’t it the cartels/border where the problem is?

Yes.  But we have shown zero to attempt to do anything about the problem in the country under President Depends.  An open border policy leads to drugs flowing in.  Americans have lots of $$$ and we are willing to pay for vices to get a fix.  We won’t close the border, soft on crime policies will have the offender out of jail before dinner time, and they will be back out dealing again.

Should we better educate our youth?

Doubtful it would work.  Just like the cable watching older folks, the younger ones get their info and life advice from Facebook, Twitter, and Snapchat.  Oh, I almost forgot TikTok–brought to you directly by the Chinese Communist Party who is likely responsible for these shipments of fentanyl going to Mexico to be sent to USA.

Be aware. These are killing folks in big numbers. It used to just be in Appalachia, then it moved to lower socio-economic areas, and now it’s in every big city.  It’s bad enough now a local High School in my area had a booth set up to give out Narcan (lifesaving medical) to students to carry on their person in case of overdose.  This will not get better America, but hey, grab that joint and light it up, trust me it’s just a little pot, nothing to worry about.

Editor’s Note: Fentanyl, also spelled fentanil, is a potent opioid used as a pain medication. Together with other drugs, fentanyl is used for anesthesia. It is also used illicitly as a recreational drug, sometimes mixed with heroin, cocaine, benzodiazepines or methamphetamine.