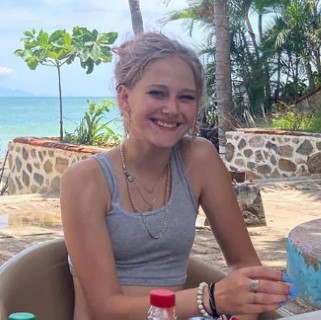 I was wrong, I’ll admit I was wrong.  I apologize to the family of Kiely Rodni.  Rodni was discovered by a dive team the other day.  In her car, which was found upside down in Prosser Reservoir.   I said I would retract my comments if I was wrong and I am a blogger of my word.

However, I just want to point a couple things out.  First, I was stating an opinion, not fact.  Second there were quite a few bloggers on the internet saying way worse things than anything on this blog.

I do find it odd her body/car were recovered by a dive team in a matter of hours when several different police/government agencies and volunteers searched the same area/lake for weeks.  I also find it odd a “friend” of Kiely’s left her at 12:20am just 10 minutes before Kiely was going to leave the party.  The same “friend” said Kiely was very drunk.

Again, we retract the blog, and I apologize to those close to Kiely.

But I will make this remark in closing.  To the family of Kiely Rodni I would be very careful to whom you refer to as your daughter’s friends.  I used air quotes earlier because I think these so called “friends” were using your daughter.  It appears to me you are a somewhat well-off family, in the sense that you own a lodge.  Kiely seems to have made friends seeking out your wealth more so than seeking out companionship.  If you are in disbelief or thinking I have a tin foil hat on, ask yourself this question.  Why would my daughters’ friends abandon her when she is obviously intoxicated?  I can guarantee if I was intoxicated none of my friends would leave me behind.

Again, I am sorry your daughter was not found alive.  My theory was she had run away with someone, and it runs out to be untrue.  Now it appears she drove home and took a wrong turn/road/etc and ended up in the lake.

Toxicology report is due in 4-6 weeks, but I do not think it will tell us anything we don’t already figure is true.  May she rest in peace.