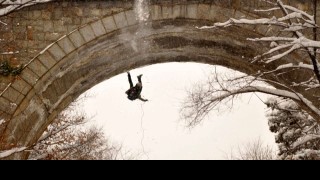 Readers, I am going to share my thoughts and opinions about one man’s mental health crisis. This is by no means a “painting with a broad brush” blog. I am merely pointing out how this crisis was caused by himself.

There is a friend of mine who is struggling to the point that he admitted to a doctor he had “picked out the knife” he was going to use to kill himself.  As a result, he is on meds, seeing a counselor, and a psychiatrist. He is confused as to why. He also thinks this will be a short stay on the meds and appointments with others. What he fails to understand is in CA, you can sue anyone for anything, so especially when it comes to medical issues, everyone goes into CYA (cover your butt) mode.  There is no easy way out and due to our lack of mental health facilities, all our society does is prescribe pills.

Enough about his issues, let us get to the root cause of this problem.  It dates back about 2.5 years; you guessed it the start of Covid.  He bought into the big lie being peddled by all news networks. The lie was we were all going to die, expect for a master race that would be avoiding Covid altogether. He hid inside his house and continued to consume more of this lying, even though it was being proven that folks were not dying en masse. It didn’t matter what was really happening, the folks on TV were saying otherwise.  He tripped over people to get the vaccine, ditto for boosters and the like. This is even after seeing that the masses were not perishing in high numbers.  He continued to watch the entire daytime and prime timeline up, concluding the lock downs must continue even though the numbers were likely being made up.

Recently he has changed his tune just like a certain cable network did toward Covid.  It’s over and we better move on.  He will even tell people he was never scared of Covid.  Yet he still refused to flush the toilet at work, touch the doorknob, or let anyone stand near his desk.  He doesn’t want me taking vacation anywhere because I may catch Covid, yet he attends casinos?

Long story short, he fell for the big lie.  He cannot handle it.  As a result, he pulls the mental health card, one he used to say was only pulled by the weak.

He cannot bear to watch his teams lose, he actually calls them his teams, yet he has no ownership stake or betting stake in them.  Seriously, when they lose, he says he doesn’t want to talk about it, and he is depressed.  Keep in mind this person is twice my age. When the 49ers lost the Super Bowl, he took a week off. The Giants are fading from the playoffs, yet he watches every pitch, every game, every day.

He has a reality issue. He thinks life is like a Disney Movie; the princess always gets the prince at the end no matter what. He can no longer separate real from fake. A game?!?!?  Seriously?

He has pulled away from everyone and self-isolated.  This has been a long time coming. His favorite pastimes are throwing folks under the bus and blaming folks who are not in the room to defend themselves. You should hear what he says about his golf crew behind their backs, you would think its mayhem on that course.

He has become the most price sensitive complainer I know.  He gripes about everything, airfare, hotel rates, food, gas, … well except the gambling.  All in all, he is bitter to be around, a wet blanket if you will.

To put a bow on this blog, I want to point out, I do think mental illness is real. It is a crisis; one we do not know how to deal with in a country that has become hyper-focused on name calling.  The difference is he did this to himself.  The number one cause of depression is isolation, a lie he bought into.  He trusted Hannity, Tucker and Fauci. The lockdowns were needed, it was to weed out the weak.  Sounds like he is having second thoughts on the upcoming booster?  How come?  You already hit your body with 4 jabs, what is one more?  Prices going up? Well, that is a result of shutting things down, and now you have to pay a premium to hire folks to do those jobs.  Another fact lost on him.  Businesses were shut indefinitely, and it shows no signs of getting better. He never had the ability to understand you cannot put the toothpaste back into the tube. I think he feels he was lied to and conned by people he trusted; his “TV friends.”

Watching the TV for hours on end just makes things worse. 90% of that is negative, and its constantly negative.  Worse, it’s on a continuous loop, so when one show ends another one starts and rehashes all the news.  Watching more than 5 minutes could kill a man. This guy watches 10 plus hours a day.  The TV viewing time is often extended longer by a steady diet of 3 plus hour baseball or football games.  This is not the real world, it’s a fake fantasy.

He does not want to volunteer his time anywhere, nor does he want to get out of his house.  Seeing another human is a wonderful thing, locking yourself in an echo chamber is not.  Read a book, go outside, touch the grass, volunteer your time, get to a church.

Long and short, I hope he gets better but he refuses to change his ways. I see this self-destruction spiraling as he circles the drain lost in his delusions.