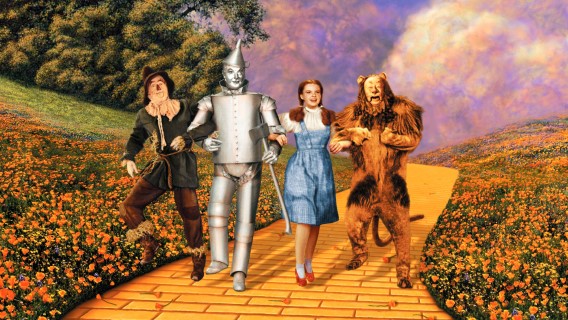 Folks let’s take the library model from part one of this article and apply it to another body, the Republican Party.

Imagine a Republican Party that has no Central Committee elections. Instead, with a few exceptions, the Chairman appoints all the district representatives. If you think such a scenario is farfetched, its not. Oh, said Chairman rules with an iron fist and allows no new business from the floor. Instead, any new business must be approved by the Executive Committee which is composed of the Chair and a few close and likeminded friends. Anything they don’t like is automatically dead-on-arrival. Oh, members of the public are not notified about Committee meetings and will often not even be allowed in the room to watch the proceedings. Those few lucky enough to get on the Committee must pay dues (typically north of $100 per year) or they are barred from voting.

Lest you think the above is a bad dream, its our reality in California and has been for over a decade.

Folks in Republican strongholds such as Idaho better take notice because your turn is coming unless you stay vigilant.

So how did we get here? It took only two things: namely, Charles Munger Jr. and the San Diego bylaws.

First Mr. Munger. Charles Munger Jr. is the son of a mega-billionaire. Jr’s dad is described on Wikipedia as, “Charles Thomas Munger (born January 1, 1924) is an American billionaire investor, businessman, and former real estate attorney. He is vice chairman of Berkshire Hathaway, the conglomerate controlled by Warren Buffett; Buffett has described Munger as his closest partner and right-hand man. Munger served as chairman of Wesco Financial Corporation from 1984 through 2011. He is also chairman of the Daily Journal Corporation, based in Los Angeles, California, and a director of Costco Wholesale Corporation.”

His son, Charles Munger Jr. is a California physicist that lives in Palo Alto.

As of 2015, Munger Jr. had spent 78 million in California politics.

Munger is the architect of the “jungle primary” in California. He was also one of the principal funders of the 2010 ballot measure, Proposition 14, that created a top two primary system. Under this system, the top two vote getters, regardless of party, then face-off in the November General Election. The argument to pass this measure was that it would allow moderates (or centrists) in both parties to dominate at the ballot box. Look at how far to the Left politics has gone in California since then. We were sold a bill of goods; the real result was the death of the Republican Party in the State.

First, Democrats held the majority of offices in the state when this measure was passed. If you live in Rio Linda or under a bridge, you might not know that in most cases, Democrats handpick their candidates in smokey backrooms long before the filing date for an office is opened. In short, the fix is in before the process even begins. Having already picked a candidate, they don’t tend to waste funds fighting amongst themselves in primary elections. Republicans can do nothing cooperatively and usually field many candidates in a given race which defeats any chanced of advancing to November. This allowed Democrats to systematically pick off weaker Republicans. The net result is that Democrats have succeeded in reducing Republican numbers in the Legislature each election cycle. They also, were able to redraw political districts that made Republicans a minority in almost every electoral district in the State. Since passage of Prop 14, Republican registration has declined to the point that they are now in danger of being the number three party in California. No-Party-preference is close on their heels. (Voter registration as of 04/08/22, Dems 46.75 %, Rep 23.92 %, & NPP 22.77 %)

This disparity has resulted in Democrats holding a super majority in both legislative houses—actually much more than two-thirds of the seats in each house.

The second reason that this killed the Republican Party was via a decision by the association of county clerks. They, along with the Secretary of State, decided that it was unrealistic to have partisan ballots for the General Election when in many districts, both parties were no longer represented in the General Election. They decided if Republicans (or Democrats) wanted to continue Central Committee elections that the Parties would have to pay for the printing and distribution of ballots. They wanted hundreds of thousands of dollars per county to continue printing ballots. Of course, the parties balked at the bill that they were threated with and stopped having Central Committee elections. Yes, the Legislature could have forced the bill on taxpayers, but the Parties wanted to be rid of average people getting on the Committees, so they did nothing. Grassroots activists were thus cut-off by both parties and have no access to representation in county committees and thus no access to the state party apparatus. This leaves the current crop of elected officials running the state parties in perpetuity.

Concurrent with the implications of the top two primary being felt was the introduction of the San Diego bylaws. These were model bylaws for running central committees which were first adopted in San Diego and a few other Committees in southern California. They decided that the Central Committee was a private organization and thus not open to anyone but members. Even in the days when central committee elections were going the way of the Mastodons, if you were duly elected, you were not allowed to vote or participate in central committee business without paying dues. It was literally a type of poll tax. The fact that you were elected by voters in district was irrelevant. I know. I was one of the people that they refused to seat.  Furthermore, the bylaws, as they were implemented, vested all power in the Chair and the Executive Committee. The Executive Committee cleared everything in advance of the general meeting including endorsements, resolutions, speakers, etc. Oh, under this scheme, meetings were no longer publicized, and members of the public were often barred from attending. It’s a private club, remember?

So how did Munger get his hooks in the Republicans?

Charles Munger Jr. began dabbling in Republican politics when Arnold rose to power. He liked Arnold and was a big supporter. His big opportunity happened like this: on his way out the door, Arnold stripped the Republican treasury and left the party over four million dollars in debt. (In his second term as governor, Arnold raised money for himself but not the Party.) Into the midst of this fiscal vacuum, Munger rode in like a white knight and started buying influence and central committee seats. Munger paid the party’s debt and started funding almost exclusively RINOs candidates. He ran whole slates of candidates for county committees and persisted until he ran the State Republican Party. 40 or 50 thousand dollars in a Central Committee election goes a long way in getting a slate elected. It just so happened that central committee elections ceased about the time he gained control of the party. Surely this was coincidence.

In summary, Munger was responsible for the top two primary which has resulted in Democrats controlling all levers of power in California and has resulted in California veering far to the Left. Concurrently, he oversaw the decline of the Republican Party by forcing conservative voices out of the Party. The cessation of Central Committee elections, when combined with the San Diego Bylaws, sealed the Party from grassroots influence and made local committees good ‘ole boys clubs where only “the right people” could become members.

For those in other states, learn from us in California or you will get seduced by the dark side and loose your grassroots access to the party as well. If the Establishment can, they will do this to you too.

I know that pockets of the Boise area of Idaho are adopting their own version of the San Diego bylaws—or at least some of its principles; especially, the Executive Committee Command and Control structure. Bad move. I also know that many elections, meetings, and activities are poorly or selectively publicized in hopes of controlling the outcome.

Sorry to tell you, but Democracy in any form, even a Representative Republic, is not about efficiency but about letting all voices be heard and then decide, as a group, what is best for the people that you represent. Its not to have a slick, one hour, carefully scripted meeting followed by another hour eating shrimp cocktails and drinking adult beverages at the local watering hole while reliving past victories.

Having competitive Central Committee elections is a vital part of a healthy committee. Then after you get elected, find a way to work with other people when you can and respectfully disagree when you can’t. Its easy to make and take things personally. Don’t. Its unhealthy for you and the committee.

Lastly, don’t demonize the RINOs in the group. They are made in God’s image too. You need to show them with actions that Conservatism works—at least to the extent that it conforms with biblical teaching. Show them you can disagree with them without hating them. Love the hell out of them and you just might bring a few into the light.

Heed this warning: if you steamroll the moderates like we did in California in the 1990’s, when the tables are turned (2010’s), they will find a way to lock you out from ever taking over the party again. Conservatives took over the California Republican Party for a time and then lost it. When the Munger moderates took over, they promptly sealed all points of access to the party that conservatives had previously used to gain control. When forced into a corner, moderates would rather defeat Conservatives than Democrats. If you don’t deal with them honorable this will happen to your state’s Republican Party too.

Anything that restricts rank-and-file members of your Party from getting involved in the activities of the County Central Committee is bad. Open and well publicized elections and committee meetings are necessary to have a vigorous organization.  When you decide to ignore or cancel elections or think the Party is a private organization, then have broken faith with voters. At that point you have become just another enemy of the people not their advocate.

Oh, just to prove my point, right after I posted this, I saw this article from another website. Hundreds of thousands of dollars are being funneled into Idaho politics from out of state PACs to thwart Conservatives. These folks are pro-abortion, pro gun control, and hoping to block any influence or support of candidates that like President Trump.