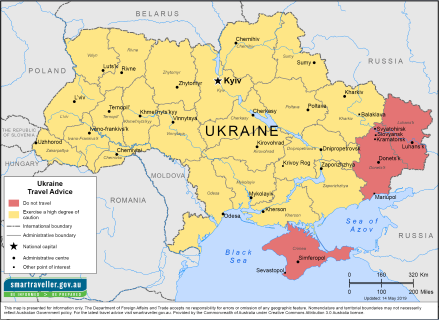 Comrade Joseph Robinette Biden Jr. that’s his real name by the way, decided the best way to counter Russia’s 100-130,000 troops on the border with Ukraine, was to send about 2,500 of our troops to Europe.  Doesn’t take a math major to know those numbers do not look favorable.  Belarus, a close Russia ally has allowed troops to amass along their border with Ukraine as well.  It is my opinion war is imminent in the area, I have a feeling Russia is going to annex the entire eastern part of Ukraine.  For those uneducated on the matter Ukraine is almost like 2 separate countries sharing a common government.  Eastern Ukraine would rather be part of Russia, western Ukraine wants to be part of Europe.  Think similar to our government neither party agrees on anything except how much to spend.

Russia under Putin has made it clear he wants all of the former Soviet Union to be united as one again.  Belarus is a willing ally because like the far left in this country is ok with a war, as long as Russia kills them off last.  For those who doubt me, Putin has invaded the former soviet counties of Georgia, and Ukraine, and likely will do the same with its other non-NATO neighbors.  You do not set up makeshift hospitals and blood banks near your border with a large mass of troops to have a military drill; this is a scenario where the generals are awaiting the go-code from Putin.

Enter our senile and very weak president, sending 2,500 troops (all fully vaccinated by the way) out to Europe does nothing, it just further enrages a crazy person like Putin.  Worse yet China who has drifted ever closer to Russia over the years in terms of superpower status in the region seems to have its eyes on Taiwan.  They are working in tandem and likely negotiating terms of attack in secret.  Neither wants the USA anywhere near them, and frankly we have no business in the region anyways.

Folks I want to lay out why we are making a serious mistake sending our troops there, and frankly it shouldn’t be that hard to see, history should always be our guide.

First off, why are we intervening in the Ukraine?  They are not an ally, nor a part of NATO.  They are a corrupt country that has an extremely weak military to begin with and underpaid to boot.  Think North Korea, but with shaky loyalty at best.  We really are considering sending our young people to fight in a battle in a region where we only have a slight vested interest?  (Russia being an untrusted enemy).  Furthermore, NATO aligned European countries are offering tepid support at best, Germany has sent about 5,000 helmets (God I can imagine Putin shuttering at the thought) UK is offering military aid, and countries like Poland have said they could help.  That’s not exactly a serious showing of solidarity.  They all know Russia is going to topple Ukraine, and they aren’t worth fighting for.

Europe is very dependent on natural gas from Russia, as Germany and other countries have turned off their nuke and coal power…. sound familiar?  Well, they don’t want their people to be cold in the winter or risk Putin shutting the valve off.  Translation = They aren’t going against Putin for a non-NATO ally.  Sanctions don’t really scare Putin either.  This is something the neo-libs and neo-cons will never understand, war is never a good option, especially when facing someone crazy.

The sad thing is we once again are trying to police the world, we are no longer a superpower, I’m sorry.  Putin knows this he see’s weakness.  Our President is weak and indecisive, can’t even get through a presser without flubbing the canned speech, and OMG don’t ask a question…wait you can’t.  Putin is going to go as far as creating propaganda of the US somehow starting this conflict.  I do not understand how I can see this playing out poorly for us but many in power cannot.  Maybe it’s the Cold War era policies, and history is repeating itself.  This is a cataclysmic mistake, even de-escalation means we lose, we look bad.

Here is what I would do if I was tasked with going mano-a-mano with Putin.  First of all, remember smart people never challenge stupid people to a fight, the stupid one always wins as that person will do anything to come out on top.  I send no troops, as we already have them stationed all over the globe, sans Afghanistan.  I show the world satellite imaging of the troop build ups and, in a NATO, led presser call out Russia, asking what they are doing, and when it will be over with.  I tell Ukraine to scale down the military operations in the border area, as you want to be weak when Russia thinks its strong.  The world is watching as the winter Olympics are taking place in neighboring China.  China wants no part of Russia pulling shenanigans during its Olympic games.  I tell Putin forcefully if he fires a bullet or drops a bomb, we are going to bomb the sh*t out of his country.  I mean scorched earth, and I tell Belarus get Russian troops out of your country or we will test the bombs on you.  Then I tell China and Russia if North Korea shoots any US or NATO allied plane out of the air, there will only be one Korea, and it will involve US troops at the border with China.  This is a nightmare for both China and Russia.  Russia also needs to know any, and all bordering countries will be NATO members if he invades.  I do not fear the Russian army, they are not big and are unskilled, however a country like Ukraine or Georgia does, as they are outgunned, outmanned and outflanked.

My plan may or may not work, but it’s far better than sending a token number of young people to stand sentinel while facing an army of 100-130,000 with a crazy leader hell bent on expansion.  You don’t try to reason with a drunk at a bar, right?  We shouldn’t reason with a power-hungry crazy person.  Let him get his moment in the spotlight and make him step down.