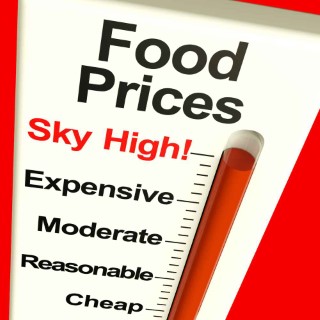 Well, that is not an easy question, and I certainly won’t have the answer after these messages from our advertisers.  The answer also certainly isn’t in that click bait article you found on Yahoo News.  Additionally, it won’t be on your cable debate show were a left and right pundit lock horns for a segment and both declare victory afterwards.  The answer is easy to see, but hard to explain.

We are suffering in the overall economy; you just cannot see it yet.

First of all, we have to go back to the “essential workers only economy” this started the issue.  If you were really an essential worker; food operations, manufacturing, grocery etc. type jobs you were required to come to work, no days off and usually mandatory overtime.  Ask any grocery store worker, or someone at a slaughterhouse, or who makes toilet paper/Clorox wipes.  These folks are burned out after doing that for a year, and rightfully so.  They need a break; some in these fields are even quitting their jobs or leaving their fields all together.  So, you have a slight shortage as folks are tired, I can’t blame them.

Next you have the supply/demand issue. As you may have forgotten, we closed down dine in, this essentially shut down food suppliers; think USFoods, Sysco and Restaurant Supply Co.  Contrary to public belief, manufacturing lines/plants aren’t convertible, meaning you can’t change the toilet paper from commercial grade 1-ply to household based 2-ply by flipping a switch.  Food service works the same way. The companies named earlier specialize in selling cases of food product to parks, restaurants, correction facilities and institutions, not a grocery store.  While most still would argue corporations are large enough, a company like Kraft can innovate on the fly, they can’t.  As a result, you had a supply chain meltdown, which is continuing to this day, as you can see with food prices. I will touch on that later.

The employment shortage is a massive issue right now.  Yes, it is 2 pronged; first of all, you have the aforementioned overworked employees.  Additionally, you have the workers who were laid off and collected the Trump/Biden extra money on top of unemployment.  You may notice I blame Trump. Yes, he signed it into law. I also believe he was given awful advice by his aides.  Either way, those folks are slowly coming back to work, but most are holding out since, well… its free extra money and the American Dream—according to the Democrats—is living at home and being paid not to work.  This creates a far bigger problem than any other factor so far mentioned in this blog post.

The issue at hand is that experienced workers are not reporting back. You may not believe it, but a waiter doesn’t get their start at The Capital Grill Steakhouse, they get it at a local diner or short order chain restaurant.  As a result, the top tier chains are having an impossible time finding help, leading to bigger issues down line.  Just today I went to Chili’s. The place was 100% open, but the staff was non-existent, the bartender was also waiting all tables in the bar area, as well as cleaning!  The lack of experience showed, but I cannot blame her, she doesn’t have help.  I saw other folks giving her an earful, several of which were old enough to know better.  The place had at least 3 signs that I counted, they are desperate for workers.

Which brings me full circle.  The businesses now have to pay very high starting wages to low skilled workers.  I saw a McDonalds speaker box advertising $17.50 an hour starting pay.  A McDonalds, in a city of 175,000.  That is likely the person working the till, what do you pay the line cook?  Fry cook?  Assistant manager and Manager?  Are we going to see $85K a year managing a McDonalds in the suburbs?  In reality, the wages are necessary as one must coax the folks at home on the sofa watching daytime TV to get back to work.  Which means you must beat Uncle Sam’s $300 a week kicker to your paycheck.  As a result of this, you see price increases that are only going to get worse.  You see, most businesses hedge on food expenses meaning they lock into a long-term deal, at a fixed price.  Well, “Force Majeure” is a fancy term for an event outside of your control that allows you to cancel a contract and get out of it.  Due to Covid, suppliers invoked this contract clause. You didn’t really feel it at first since it was only grocery stores loading up on food.  Now we see businesses re-opening trying to load up on goods as well.  We haven’t even really seen the return of concerts, weddings or the like yet.  These put upward pressure on food.  A lack of workers puts upward pressure on wages, which increases food costs.

Think of it this way, Slaughterhouse USA can process 10,000 burgers in a day.  That is not problem when they are selling to grocery clients, and a few restaurants doing mostly take out.  When demand picks up, they can still only produce 10,000 patties, so now the grocer, the takeout business which is ramping up, the fine dining business, and others are bidding for the 10,000 patties.  But my slaughterhouse is short workers who want to vacation/quit/breaks, so now I’m under pressure to produce 10,000 patties a day.  A tall order when there are only about 4 producers of beef in the economy, this was due to merger and acquisition activity.  Now due to a supply, demand, and labor shortage, price inflation is nuts.  Don’t believe me, a friend who is a big shot at a food supply company told me he can’t believe what he is seeing, and says it’s going to get worse.  Consider this a lesson as to why the 90-day calendar does not allow for any deviation from the mean from business.  We saw this coming, and couldn’t keep up, as a result we will pay the price.

The first solution is re-open fully, the second is eliminate the extra unemployment kicker, then we must normalize the labor market and try to get the supply chain under control.  That will be a tall order for President Depends, Joe Biden.  Biden seems more enthralled with going door to door and finding out whether folks have gotten the vaccine than doing anything to help the country.

Enjoy your $20 fish and chips, with no drink mind you… Seriously check out the menu at Mimi’s Café.

Editor’s Note: Mimi’s official online menu does not have any prices on it or I would have posted the link. In my experience, when a menu has no prices and you have to ask, you better go somewhere else that you can afford.