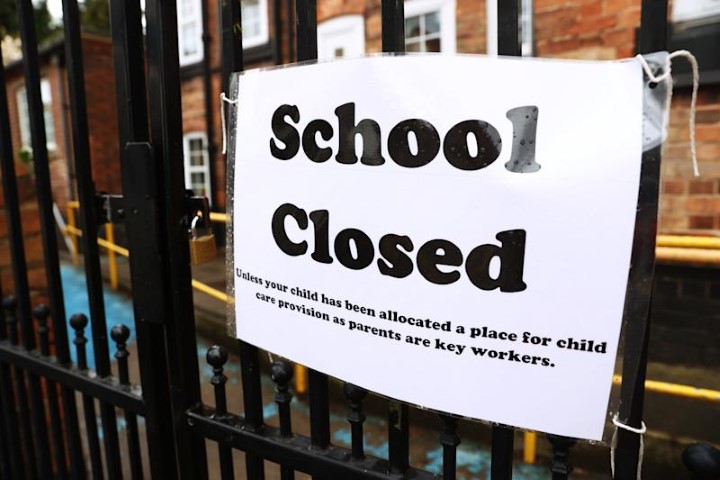 Bloggers note:  obviously there are good teachers out there, this does not apply to them, I’m directing this at the real life pond scum who have failed our young people for now second school year.

Folks I want to share a statement made by Comrad Gavin Newsom yesterday regarding the re-opening of schools.  This taken directly from KCRA 3, an affiliate of MSNBC mind you, look for the emphasis I place on one word.

All California schools should reopen when the new academic year begins next fall, though his guidelines remain merely an expectation rather than a mandate.

Facing political pressure and a recall effort, Newsom has said he plans to lift most of California’s coronavirus restrictions June 15 as part of reopening the state to business-as-usual. Earlier this month, he made a similar pronouncement, but many districts and teachers remain reluctant.

The word is “should”, as in optional, not required.  Again, note he will be re-opening most of California mid-June, Disney is already in stages of full re-opening, movie theaters are operational, but not schools.  Mid-June also is smack in the middle of summer; thus, schools are typically not open. If they are, only those who are looking to get ahead, earn AP college credits, or failed a class are required to attend.  Many students are falling behind, some even hopelessly behind.  Virtual meetings work for work meetings, clubs, and certain social gatherings, may have merit but not school.

I have to hand it to our governor. He and his ilk, along with anti-Trumpers, 90-day guys, and cable watchers, successfully scared everyone into thinking this virus would wipe us all out; well except for the “essential workers, required to show up at an office like me” apparently this virus hop scotches over me.  As a result, teachers have decided to milk the clock as long as they could, even while certain other sectors re-opened.  Please answer, how I am safer at a home improvement store or at a mall than a child would be at school?

You may ask what I know about the latter? I know this much, the UPS guy who delivers to our office told me he dropped off an entire truck load of PPE, think plexiglass, shields, masks, bleach, wipes, etc. at a local elementary school.  Nary a single box has moved or been open for over a month.  Your tax dollars hard at work my friends!  A local charter school group in our hometown still thinks the CDC claims 6 feet is safe in schools, that is false, they now say 3 feet.  Fear not, the charter school system will not adhere to the new guidelines until the EGUSD board tells them too.  Mind you these teachers are not union, and the administration rails against EGUSD constantly.  I guess politics really do make strange bedfellows!

Additionally, the vaccine was made available to this charter school’s teachers 2 months ago, only 5 teachers showed up, the remainder staged a “sick-out” or claimed religious exemptions.  To the latter group, I know of zero Middle Eastern folks teaching there, and the Pope has claimed only the Johnson and Johnson shot violates Catholic beliefs.  It is non-sense.  To the former, I always hear you are sacrificing monetarily to have a career teaching our youth…maybe try doing it?  I heard a statement “when the going gets tough, the tough get going.”  For some reason you all think that means hit the beach for spring break?

In closing I will say this, you are lucky you own this state. Gavin can’t attack you or he is toast, he knows it, your union leaders know it.  Teachers work about 185 days a year. They start work after most folks are already at their jobs, and then go home far earlier than others begin their trek home each afternoon. The term last in, first out used to be a bad stigma, but you teachers live it daily.  You avoid the vaccine not for any reason other than you do not wish to work.  You half a**ed it all year for the same reasons.   No longer keeping track of truancy or people ditching class, because, well I guess the administration told you not too.  A school year has come and gone, and you have not had to teach in front of your full class.  Fear not the bonuses will flow, and all will be well after you all celebrate graduation.  Congrats on a job well done.

I never wish to hear about your trials and tribulations, or having a tough job ever again. You all quit on the students you are supposed to help.  Just remember this next time you are temped to complain how rough your job is. You forced the young people to work at the grocer, or the fast-food places so you could grab a bite while you were home hiding in place and refusing to work.