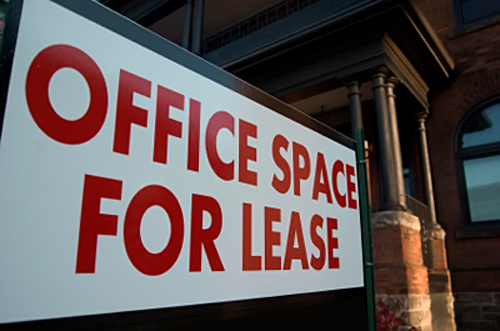 With the backdrop of impending economic ruin and a recall, Governor Newsom has implemented what I consider a financial suicide pact for California’s government. Newsom and his “brain trust” have decided that working conditions under Covid-19 are such a wonderful thing that all State workers—to the fullest extent possible—will continue to work at home from now until Doom’s Day. Yep, state workers—as a group—will never again have to report to a brick-and-mortar office building. They will continue to work at home from now until they retire.

Apparently, this onetime accounting gimmick is projected to save the state lots of money. Instead of the government paying building rental (or long-term leases) and all utilities, supplies, and maintenance of the offices, now its employees will. As a benefit, California can fudge some numbers about how green the state’s government has become because nobody must drive to work anymore. Oh, and all those businesses that once served state workers breakfast and lunch around said office buildings are going out of business in droves.

In March I will have to spend one three-hour session in my office packing up my personal belongings and scanning any documents in the cubicle. Said documents will then be placed in the shredding bin for destruction. The goal is for me to be completely out of the office at the end of this visit. My coworkers have been commanded to do likewise. Sometime that month we will also be issued laptops to replace the desktops that we have been logging into from home each day since the pandemic panic was initiated. Then we can use VPN (Virtual Private Network) access instead of the VM Ware application that we now use.

Folks, in some cases working from home might work OK but to initiate a blanket policy doing this is nuts. If you think, there’s fragmentation in the Android ecosystem, just wait until the fragmentation of government functions becomes manifest.

Folks, I know that in this post Enron business world, separation of duties is a thing but what California is perpetrating now is a gross perversion of the concept. I think it is a formula for financial ruin with even less accountability.

Oh, case in point is EDD. Did you know that the $31 billion in fraud was due in part to EDD’s employees working from home? There was no way to properly supervise the unemployment case workers because everyone was hiding in their respective homes just clicking approve on whatever came up on their computer screens. I really doubt that EDD employees—especially those hired after the two weeks to flatten the curve—ever had any relationship with their supervisors and I also guarantee that they had inadequate training to boot. In such a scenario, you only get supervision when you ask for help or deny too many claims.

Folks, Governor Newsom, and his fellow travelers are remaking California government right under your noses and the public—as usual—is none the wiser. Guess if it’s not on television then it’s not news. Both ideas and actions have consequences.

The only upside I see on this is that more people can be home during the day to watch their neighborhoods. Hopefully, this will somewhat mitigate the fact that both Gavin Newsom and Jerry Brown have emptied much of the state prison population into suburbia. Perhaps tens of thousands of state workers being home all day will make the criminal class think twice about home burglaries.

Meanwhile, because I work from home; my wife is happy that the trash is empty, the laundry is done, and the dishes are clean; and my dog is happy that he gets at least two walks a day and lots of love. Sadly, Rush Limbaugh is not the only guy showing up to work with half his brain tied behind his back just to make it fair.