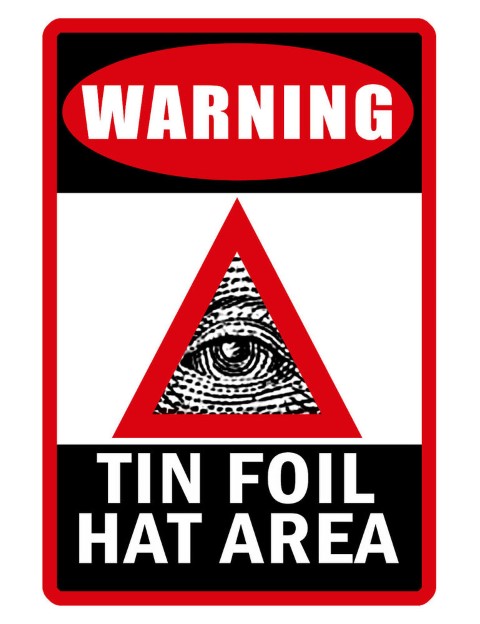 Despite claims by Facebook to purge all stuff about the election being stolen and Stop the Steal, many of these groups are still up and running. Some of the stuff in these threads is just information and other stuff is nonsense to gin-up the faithful.

Some of the stuff goes too far and is total BS. For example, one of the main contributors on the thread has been making claims that Trump will declare marshal law and block Biden’s inauguration. He claims Trump will invoke military powers to force a new election. This was predicted for January 6th and did not happen. Now another post on the thread is predicting that this will happen over the three-day weekend. I say no way.

On the Stop the Steal thread that I’m on, (please don’t ask why), one individual has posted not only the most stuff content wise but some of the most tinfoil hat material of the bunch. Here’s a post that seems to be from December 18, 2020. I say seems because much of his stuff has been flagged by Facebook and subsequently hidden or removed from view.

Right now Trump is sitting on a stack of Trump cards or maybe Uno Wild Draw 4 (more years) that he just waiting to lay down like a royal flush.

He has court cases still pending that will go to the Supreme Court & thanks to TX case he now know how to file it under article 3 not 2 that will force them to hear it.
He has the imminent DNI report coming. Barr steps down on the 23rd (can now be a witness—he did his job).

Durham is a special counsel (can prosecute in any state). He’s letting civil, criminal, federal courts fail to handle the situation properly so he can use military tribunals.

He has the dueling electors from 7 states legislatures. He has VP Pence as final arbiter of which ballots to accept.

He has the insurrection act, the NDAA, the national emergency, the 14th amendment, the 2018 executive order, the 2017 very first EO, the Patriot Act, the FISA warrants, the Declassification of everything, people swear affidavits by the 1000, the QR code scan guy who just needs access to some real ballots & he can detect if they are fake by looking for creases & printing items using his scanner technology, he has all the statistical data being analyzed, the videos, emails, phone calls, bank transfer statements showing the coordination of the coup, he has RICO, he has the crimes against humanity videos, Wikileaks just dropped a ton & Assange will be pardoned so he can talk about Seth Rich.

Now that the governors and secretary of states certified & Biden accepted, they committed and knowingly agreed to treason. Solar Winds just raided & Dominion closing up shop. Same with politicians & media.

He has the C_A servers used to change dominion machines, he will soon have access to the machines too. He baited them to staying in DC so they can be inaugurated, oops arrested. Biden hasn’t accepted any transition money nor has Kamala given up her seat.

The military has infiltrated Antifa & BLM & he has the financials. He knows which politicians took Chinese & Soros money. He put in Miller & Watnick. He also just reduced dumb regulations. And wrote an EO in the military line of succession.

He is defunding the C_A. He just replaced Kissinger & Allbright on the National Security Advisory Board with his loyalists. The military has been flying more planes over America. The navy just parked huge fleets on both coasts. The 82nd is preparing for an operation (same group of Flynn & Donoghue).

Things are falling into place. He has it all. He is just laying out the case, building the narrative. He knows he won & they cheated. He gave them the chance to fix things. They chose not to. Now, pray they all go down.

Would it surprise you to learn that Anthony, the author of much of the Stop the Steal material, such as the passage quoted above, does not live in the United States! Folks, that little nugget blew my socks off. This guy is claiming to have the inside track on “the real truth” of what is going on in and around our government and he lives about 5,000 miles from our country.

I get mad enough when I read the crap on Facebook from my wife’s cousin in Germany that is always pontificating about what is happening here and the evils of Trump, and it turns out that we have another expat overseas that leans the other way being an armchair quarterback for our team. Sorry but neither can speak authoritatively on what is happening here. Anybody that believes Donald Trump is going to invoke the military in order to stay in office is a nut, be they on CCN or Fox.

Here’s a post from Anthony’s Facebook page. This is as close to violence as any post I’ve ever seen from a Trump person, but it only talks about people being angry at the election being stolen. It does not tell folks to storm the Bastille.

The following were posted on Sunday, January 10, 2021 by another group member.

Please note that the TeamTrumpNews post above is from a parody website if anybody bothered to check the source. In the interest of full disclosure, this clarification was added to the Stop the Steal thread later in the day. FYI: I have seen it or things similar claims elsewhere. The fact that folks believe it is telling.

Here is a purported news story from yesterday with even more details than above.

Folks, this whole idea is nuts. Do you really believe the following?

Joe Biden’s Inauguration has been cancelled, President Trump would remain in office and the Chinese Communist Party propaganda media outlets of ABC, NBC, CBS, Fox News, CNN and MSNBC would soon be off the airwaves according to President Trump.

“I have invoked the Insurrection Act of 1807 (Section 10 U.S. Code 13 251-255) to address the treasonous rebellion conducted by Democrat and Republican lawmakers, CCP Agents (Chinese Communist Party), FBI, Department of Justice, CIA and others to dismantle the United States of America and it’s Constitution,” President Trump declared on Thursday 14 Jan. “These entities pose a direct threat to national security. I will remain President indefinitely until all domestic enemies are arrested.”

Here’s another conspiracy post that went up yesterday with the letter Q prominently mentioned. Please note that this is my first encounter with any alleged conservative invoking the dread letter that sends chills down the leg of the Chris Matthews crowd.

Folks this is reality not a two-hour movie where the good guys always win. Trump is not going to invoke any arcane law to bring the military to his aid, arrest all his political opponents and set up the Pax America.

However, Trump is the de facto head of the Republican Party for the next four years. Look for him to reshape the Party and clear out some swamp rats along the way. Also, don’t forget, CNN is for sale and with Trump out of office and CNN dropping their airport monopoly, their value will drop even more. Look for Trump to explore the possibility of using a shell corporation to buy CNN and create a real conservative network, not Paul Ryan’s watered-down version of the Fox News Channel two point oh. Trump also has opportunities to go big on investing in social media infrastructure to provide a home for conservative voices.

If you want to invoke a movie line for Trump, try Star Wars “Strike me down and I will become even more powerful than you can imagine.”

As for conspiracies—real or imagined—Psalm 2 makes it clear that God laughs at such things and ridicules them. His advice is “Kiss the Son, lest he be angry, and ye perish from the way…”