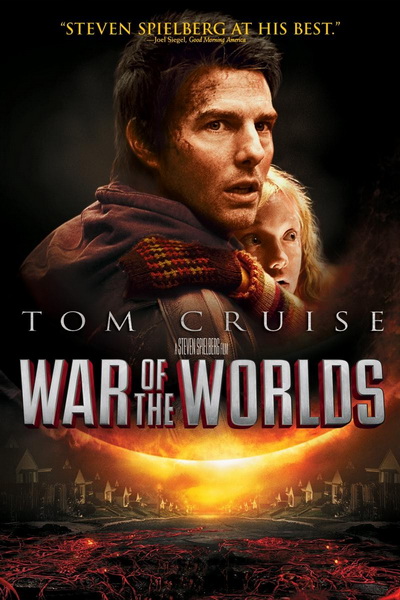 Yep, I just put several pieces of pop culture together in a way that makes sense to our current situation. Here’s the explanation and it’s so simple that even many low information folks—oh, I mean those that binge watch 24/7 cable news or listen to streaming music all day—can understand.

Please note that there are spoilers here for War of the Worlds so if you don’t know the ending, turn back now.

Whether in its more recent rendition with a voiceover from Morgan Freeman or the original radio play by H.G. Wells, its not the men but the microbes that defeat the alien invaders. Freeman’s voiceover can be summed up as this, men have inhabited this planet for a long time and as germs have mutated, our bodies have responded by strengthening our immune systems to cope with the hostile environment encountered in world that we live in.

Please note that I’m not really a Keeper Of Odd Knowledge (K.O.O.K.) but I just watched the show over the weekend for the first time, from start to finish. When I read an article linked by Joe Miller today, the connection was obvious.

The article is an explanation of herd immunity which scientists know exists in the current Covid-19 pandemic but heretofore lacked a good way of understanding. Many, including me, sensed there was herd immunity at work but where we erred was in thinking that you had to be infected and recover from Covid-19 to be immune. Well guess what? That assumption is wrong.

On the one hand, this virus seems to be extremely contagious and transmissible. On the other hand, it appears to have been around for a while, possibly in December, and didn’t kill too many people until super-spreading events in March.

On the one hand, the virus seems to kill a lot of vulnerable people for several weeks. But then it peaks after six weeks or so and nearly disappears a month or so later. We’ve seen the same curve in every country, almost as if it hits a brick wall and then runs out of steam.

But why is that the case? Most antibody tests show no more than 10%-15% of the population contain antibodies in a given area – 25% in the most extreme case of New York City. Why would the virus not continue cutting through the population like butter, as it did the first number of people who contracted the virus? The theory of a more ubiquitous cross-immunity from other coronaviruses would answer those questions and explain that invisible brick wall.

A theory of partial immunity, at least from helper T cells (if not killer T cells) could also explain why, on the one hand, once the virus gets into prisons, most test positive for it, but on the other hand, nearly all of them seem asymptomatic. The outcome of prisons as a fully confined and defined population could be a harbinger of what would theoretically happen if the entire world were exposed to the virus after it had already targeted the most vulnerable population. It’s possible that upwards of 95% would be asymptomatic, just like we are seeing in prisons.

Perhaps, it could also explain why there appears to be a massive gap in severity of the virus in Asia vs. Western countries. Asian countries are regularly exposed to coronaviruses.

BOMBSHELL STUDY: Could Half the Uninfected Population Already Be Partially Immune?

“In almost every context we’ve seen the epidemic grow, turn around and die away — almost like clockwork. Different countries have had different lockdown policies, and yet what we’ve observed is almost a uniform pattern of behavior which is highly consistent with the SIR model. To me that suggests that much of the driving force here was due to the build-up of immunity.”

Folks, as stated in this space previously, we should fear neither men nor microbes but only Almighty God. I’m not worried about Covid-19. The time and place of my death was appointed before the world began; all I can do is keep pressing on until my time is up. I suggest that you do likewise.