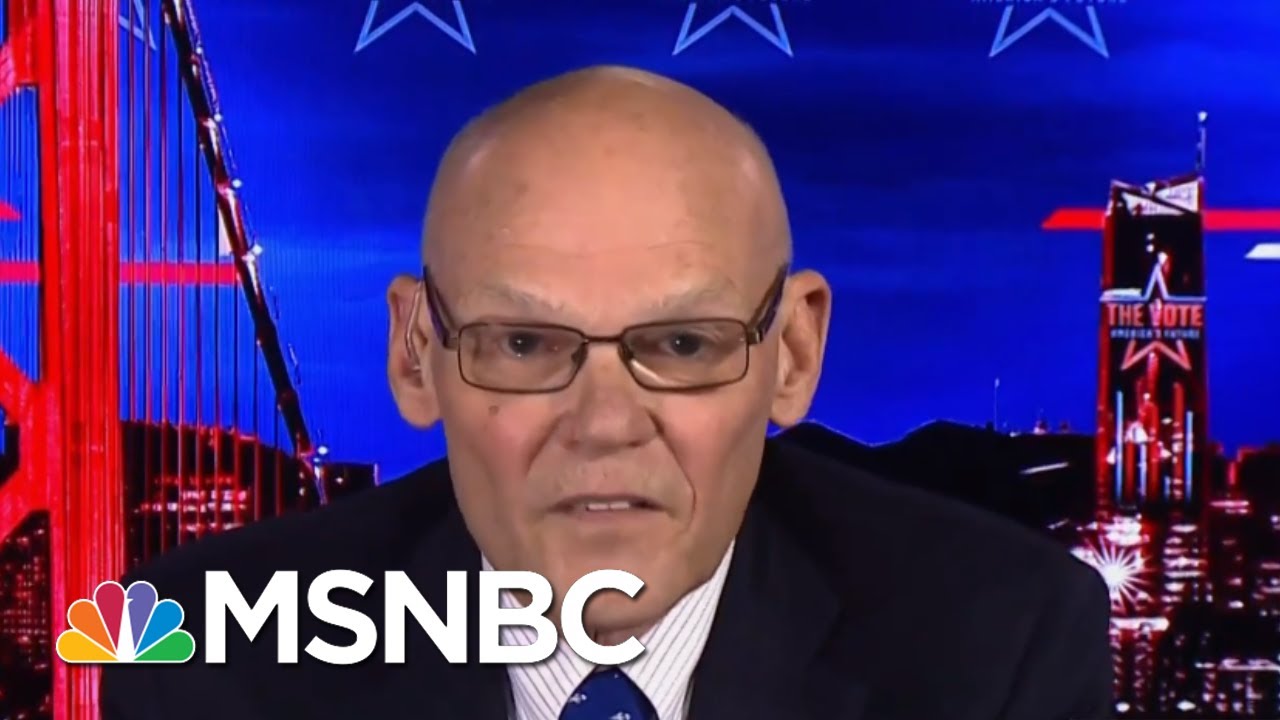 James Carville is a fiery guy even at the ripe old age of 75. Carville for those of you in Rio Linda, related to a Park brother, or just flat out dumb is most known for his prominence during the Clinton years, in addition to being one very ugly human being. Carville is most widely credited with getting Bill Clinton elected President, defending him during his impeachment, and is a very well know political commentator. Recently he gave an interview where he blew up the Democrat Party far worse than any other human being including our own Troll could ever do.

Longtime Democratic strategist James Carville went off on the current state of the party on Tuesday, asking why Tom Perez “is still the chair” of the Democratic National Committee.

“We gotta decide what we want to be,” the “Ragin’ Cajun” said on “The Beat” with Ari Melber on MSNBC. “Do we want to be an ideological cult, or do we want to have a majoritarian instinct — to be a majority party?”

James Carville tees off on state of Democratic Party: ‘Do we want to be an ideological cult?’

The truth is James is correct here and his warning needs to be heeded. The Party was so caught up in defeating Trump at all costs that it has given rise to a strange group of characters. To be fair he also criticized the GOP for this back during 2010 with the rise of the Tea Party. In a world of no compromise, strange battle lines are drawn.

Look at some of the absolutely nuts political positions the Democrats have taken up over the last 6 years. Contempt for the police, contempt for any district attorney, outright disrespect for any elected official they disagree with, allowing felons to vote – especially from a jail cell. Is anarchy what they want? Why are Stephon Clark, Michael Brown, and Trayvon Martin idolized and the responding officers criminalized? Electeds are shouted down and harassed while they are out and about? What happened to civil disagreement?

Free education, free healthcare; no more handouts to corporations, close Wall St. So who pays for all this? Or better yet how do we as a country afford this? Who would want to work in a government regulated industry as opposed to a free market one?

Defund ICE, no border security, legalize drugs. Where does it end? So now it’s just a country with no rules or laws? Folks we need some modicum of security albeit not a police state to prevent crime/terror etc. from happening here.

“We’re, like, talking about people voting from jail cells,” Carville said at another point. “And not having a border.” –James Carville

Carville is on to something. It has been brewing in the Democrat Party for a while now and they have become an ideological, tribalistic cult. All of this came to a head this week. Schiff decried the impeachment acquittal, Pelosi ripped up the State of the Union Speech for all to see, AOC commented how Limbaugh didn’t deserve the Medal of Freedom since he is (allegedly in her view) a racist, the Iowa Caucus was a disaster, literally nothing went right for them. Worse yet, the public outcry from both sides has been worse. It is very sad, but the Party is kicking out the very voters who put Barack Obama in power.

Just think about it; if you work in a trade, you are a loser who didn’t go to college. Work for law enforcement and you must hate black/brown people. Don’t drive a hybrid/Tesla/etc….you must hate the environment. Make a decent living…you must be rich by stealing from poor people and need to pay more taxes. There are plenty more examples, I just do not wish to cite. These have slowly alienated your base little by little.

In reality it’s what the power brokers have always wanted; they want the Coasts, not fly over country. What do you think the talk of abolishing the Electoral College and going with the popular vote is about? In truth, under the current system, if you look at the Left Coast, New England, New York/Jersey, Illinois you have a solid block of support. You really only need a couple of other states to win the Presidency, the problem is you alienated your voters in these swing states.

In closing Carville was reacting to a poll showing about 29% of Seniors would vote for Biden vs only a token percentage for Sanders/Warren. Sanders/Warren do very well with young voters, but the older voters are far more likely to vote, and there is a very good chance if nominated, Sanders goes down early. In addition, 18% of the voters pick 52 of the 100 Senators.

Carville would go on to exclaim that Democrats need to be more concerned about taking power back in Washington, repeatedly stating that only 18 percent of the population controls 52 Senate seats.

“It matters who the candidate is, it matters what a party chooses to talk about!” Carville shouted. “I’m 75 years old. Why am I here doing this? Because I am scared to death, that’s why! Let’s get relevant here, people, for sure.”