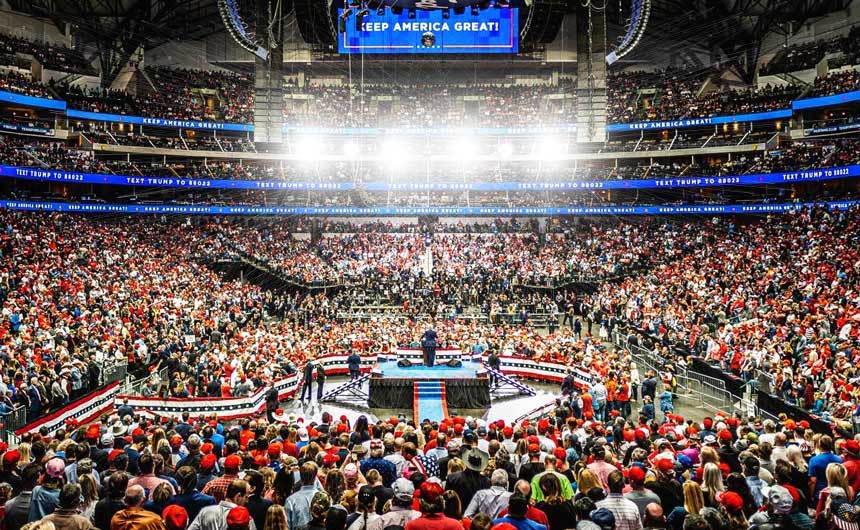 A few months back, I started getting emails from something called The Black Sphere. They began showing up in my throwaway email box and always lands in my Junk folder. After getting bombarded daily for many weeks, I finally read one, the guy writes interesting headlines which piqued my curiosity.

It turns out that The Black Sphere is a website by a talk show guy named Kevin Jackson.

Kevin has the unfortunate task of going head-to-head against the Rush Limbaugh timeslot. No wonder I never heard of him. Anyway, he had an article today that I thought would be of interest to my readers. Kevin talks about the crowd size of Trump rallies versus the 2020 Democrat hopefuls. Partially, I read this based on comments that my dad made over the weekend about watching a Trump rally and being inspired.

I wrote recently about Trump’s rally in Hershey PA. Over 23,000 people showed up in a town of under 15,000. One thing I left out of that post is the fact that had the highway patrol not shut down areas of the freeway, thousands more would have been outside the arena waiting to hear the president. A friend of mine who lives and works in the area updated me on this fact.

If you add up all the Democrats’ events over the past 3 months, the combined total wouldn’t surpass what Trump accomplished (audience-wise) at ONE event. For Democrats, there is no smoke. No smoke, no fire.


But Trump’s events look like towering infernos. They have all the appeal of a rock concert, and in fact Trump breaks attendance records at almost every venue.

Call this what you want, but I must say that I’m convinced Trump-mania is real. Sadly for Democrats, they offer nothing close.

The disparity of crowd size that Trump draws compared to anyone else is monumental. And unlike the Democrats, Trump doesn’t have to pay people to fill empty chairs. I think Trump will easily be re-elected and unlike other Presidents, his second term will be much more productive that his predecessors.