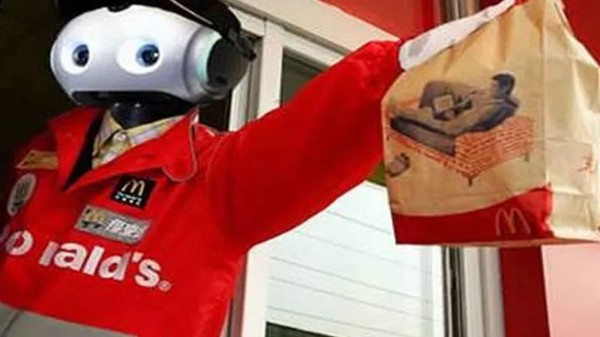 About a month ago William sent me an article about the high turnover in minimum wage jobs, specifically the service sector. The numbers in it were staggering. Per this report, over 100% employee turnover is the norm at most restaurant chains! You read that correct. On average, the entire crew and then some turned over throughout the course of a year. Panera Bread, viewed by the left as a great establishment to work, saw just over 100%.

The case of Panera Bread shows just how deep the employee turnover issue is for restaurant companies. Panera loses close to 100% of workers every year, and by fast-food industry standards that’s considered good.

The official Bureau of Labor Statistics turnover rate for the restaurant sector was 81.9% for the 2015–2017 period, but industry estimates are much higher, reaching 150%, and the problem has gotten worse in recent years. “It’s definitely been going up,” said Rosemary Batt, chair of HR Studies and International & Comparative Labor at the Cornell School of Industrial Labor Relations.

McDonalds and Burger King’s turnover is north of 130%!!!!! The Bureau of Labor Statistics puts this number around 150% annually. That is absolutely mind boggling.

Keep in mind we have raised the minimum wage to a now “living wage” so that these people could be happy and live long prosperous lives working at these entry level starter jobs. Why are they leaving? Well the answer is complicated so I asked a friend of mine who runs a theatre for their thoughts. Basically there is lots of competition at the lowest levels. There is a need to hire 4 people to actually fill one position. Of the 4, 1 will not show up, the 2nd one will be tired of it after a couple hours, the 3rd will finish the day and never come back, and you just hope the 4th will stick around a little while. People in these jobs are fickle. If the GAP is paying $0.05 an hour more…they are taking that job. They may be treated like dirt, but that comes with the territory for a minimum wage gig. This causes a nightmare for my friend since the theatre operates on a tight budget and even a $.50 an hour increase could put them up against a wall.

Against the backdrop of struggling to hire and retain people for entry level jobs comes AOC plus 3, known here as “The Broad Squad.” These babes, voicing socialist and economic enlightenment, are now promising up to 100k a year to everyone. Surely this promise of universal income will fix the issue!

In addition to providing “economic security for those unable or unwilling to work,” the plan also promises to create “millions of good, high-wage jobs” for willing Americans.

Never mind the accompanying price increases and inflation that go along with it! Have no fear, we will legislate our way out of this one; our country has always found a way. Under their tutelage, America may one day be as economically enlightened as Venezuela.

In reality, it must stink working at jobs like these; you are treated like trash, you work among some of the least desirable people, and worse yet, you have a manager that keeps telling you work harder. You literally see your job being automated with each passing day, be it mobile ordering, a touch kiosk, or an employee free kitchen.

However, in reality you have no one to blame but yourselves. Politicians goaded you into believing a $15 an hour wage would magically lift you from poverty, but instead it promises to doom you to a life of drudgery and servitude. Your job is being automated, and eventually eliminated. A high minimum wage means a higher required skill set, you won’t get 90 days to learn on the job, the franchisee or manager won’t stand for it. The 90 day calendar types are innovating constantly, looking to cut any expense…. news flash labor is the highest non-fixed cost. Now you are being told aim for higher wages and employer required health care, don’t fall for the bait, it will hasten your demise.

In closing, our country no longer views the college degree as a positive, it’s now required. In reality, a college degree nowadays means less than a high school diplomat did in the 1950’s. If you don’t have one, find a trade to work in, if you have a degree and are having a hard time finding work, get an MBA, but be forewarned this is a fake economy we are currently in….the crash will be rough. Oh, and you can’t file BK to get out of paying back your student loans.

You have been warned.