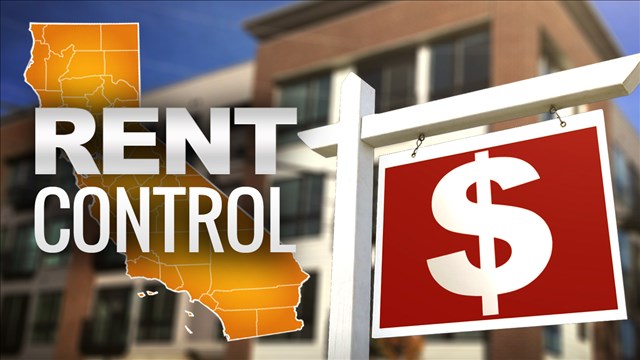 Assembly Bill 1482 a.k.a. Tenant Protection Act of 2019 has gained traction as is worked its way thru the “Bill Mill.” It would impose a statewide rent control scheme for all of California. It has passed both the Assembly and Senate and is back in the Assembly to reconcile Senate amendments. Final passage could be as early as tomorrow. Its next stop is the Governor’s desk.

It has received the blessing of many outside groups including the California Business Roundtable.

The CBRT is touting its support with statements like:

AB 1482 will encourage new homebuilding.
AB 1482 will also provide certainty to developers by exempting new construction for the first 15 years. This rolling exemption will address the acute supply shortage by encouraging developers to build more critically needed housing, while also ensuring we are adding new units under rent control protections.

AB 1482 will protect tenants in California.
AB 1482 will enhance safeguards for tenants statewide by ensuring they receive a 60-day eviction notice and a 1-month relocation fee if they are evicted after the first 12 months of a lease.

Source: Tell your legislator to vote yes on AB 1482

I find myself in agreement with former CRA member and political curmudgeon Steve Frank who wrote recently:

This is another example of the business community deciding to “compromise” with a totalitarian State. The California Business roundtable formed by the California Chamber of Commerce has AGREED to the first step of government take over of housing. In AB 1482 it allows the State to set the rules and caps on rent increases. While this bill sets the limit at 7% a year, nothing stops government from making it 2% next year. It is the slippery slope to the State OWNERSHIP of housing—and those who claim to love freedom have given up the fight.

Exemptions today, can be ended tomorrow—by legislation or an activist court—and these folks claiming to represent capitalism have instead supported socialism. Of course, most of the Chamber folks donated to the Democrats.
There is an old saying that fits this situation: “An appeaser is someone that feeds his friends to the alligators, hoping they eat him last.” The alligators just killed off the Roundtable—the Chamber is next.

This is a huge power grab by the State and way outside the legitimate boundaries of a lawful government. Sadly, this act of tyranny will be met with hardly a whisper of opposition. We don’t normally talk this way but the truth is that in the final analysis, it’s all the king’s land, we are but the humble vassals. If you really owned your property then the government couldn’t take it away. Both rent control and property taxes are based on the premise that you don’t really own anything tangible.

In my mind, I keep harkening back to the story of H.L. Richardson recounting a conversation with Democrats in a back room of the State Capitol many decades ago. When asked about why the Democrat felt he had the right to tax something, he responded with the quip, “But look what we let them keep.” Translation, the Democrats think they are entitled to all that you have, but only take what they need at any particular time. Please note that this redistribution of your stuff only works in one direction.

The only lingering question is will supporters of the ballot initiative to impose statewide rent control pull their initiative when Governor Newsom signs this legislation?