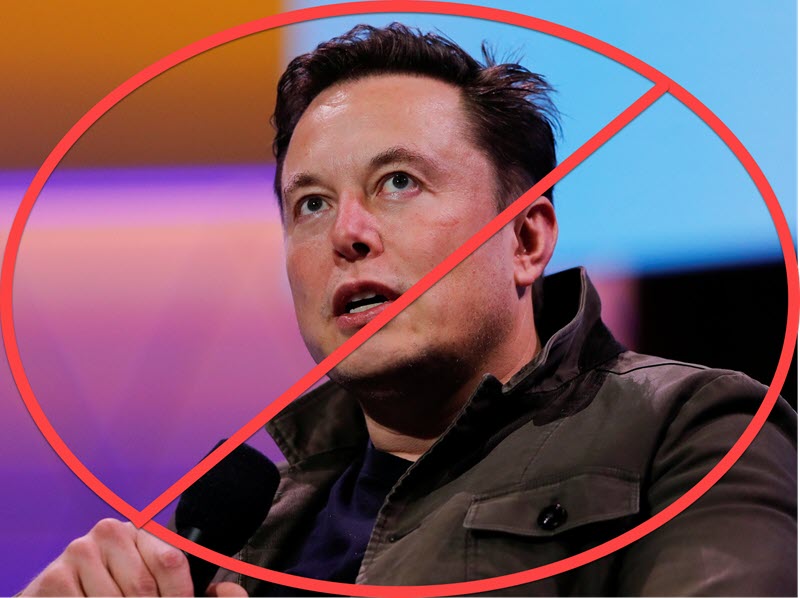 Corporate America—especially now that we’re in the 90-day life cycle—has a habit of being ruthless in the pursuit of profit and struggle for survival. When they miss their numbers, there’s hell to pay—usually for those at the lowest pay levels and occasionally in middle management or higher.

This week, Tesla missed their numbers badly even with the market expecting them to report a second quarter loss. Elon not only missed the reported target but the entire side of the barn; hence, all Musk’s recent media stories about dreams of a better future leading up to release of said report. Can you blame him? Who’d want his track record at Tesla?

Tesla plunged 10% in extended trading after posting a larger-than-expected loss on Wednesday in a second quarter earnings update.

Here’s what Tesla reported, versus what analysts expected based on average estimates compiled by Refinitiv:
* Loss per share on an adjusted basis: $1.12 vs. 40 cents expected
* Revenue: $6.35 billion versus $6.41 billion expected

In the wake of this report, some on Wall Street are saying that Musk needs to step down.

When asked if Tesla was worth buying after an ugly quarter, Paul Schatz, president and chief investment officer at Heritage Capital, told Yahoo Finance, “It has very idiosyncratic behavior, but no, [Musk] is not a future leader.”

“You’re going to have Mercedes and BMW and all the real car companies competing with them in the next five years, and I think they are much more well-positioned financially,” compared to Tesla.

Schatz pointed out that while Tesla may have had a head start out of the gate, the company is not taking full advantage of that position. Management is a major concern – the latest example in a series of departures is the company announcing on its earnings call that Chief Technology Officer JB Straubel was stepping down from his position and transitioning to an advisory role.

Schatz compared Musk to Microsoft founder Bill Gates – or at least suggested the Tesla leader should aspire to be like Gates in one particular way. “All great entrepreneurs eventually, like Bill Gates, all step back and say, ‘I’ve taken my company as far as I can go and need to bring in somebody that has a corporate backbone to it,’” he said. “The wrong guy is running the company.”

As for whether investors should bet on the car maker, “unless you’re a nimble trader, I think it’s lunacy to go near Tesla,” Schatz said, adding that he doesn’t see it “as a sustainable long-term business model.”

Lest you think calls for Musk’s head are unusual, think again. Here are a few examples.

George Zimmer was kicked off the board of the company that he founded, The Men’s Warehouse.

Source: Fired From the Company That Made Him Famous, an Entrepreneur Seeks Payback

Carl Karcher—who founded Carl’s Jr hamburger restaurants was fired from his own company.

Source: Karcher’s Fateful Hiring Began His Own Demise: Corporations: Carl’s Jr. founder’s own star started dimming the day he ordered out for a new president

Roy Disney—brother and partner to his more famous brother, Walt, was fired by Disney’s Board of Directors.

Source: Roy Disney forced out, wants Eisner to do the same

While firing Elon, might make sense in a saner world, given his volatility and the turnover of his executive staff, I don’t see that ever happening. Musk is his own worst enemy much of the time. I think it likely that he gets to ride Tesla to the bottom—which many define as a stock value south of $100 per share.

Tesla’s only hope for salvation is periodic infusions of government directed money. With the phasing-out of American tax credits and today’s economic reports about Germany’s manufacturing decline—something that will ripple thru Europe, the future cash expected from the EU and other places may be less than promised which will make Tesla’s finances even more dire. If the economy catches a cold, Tesla will suffer a severe case of pneumonia.