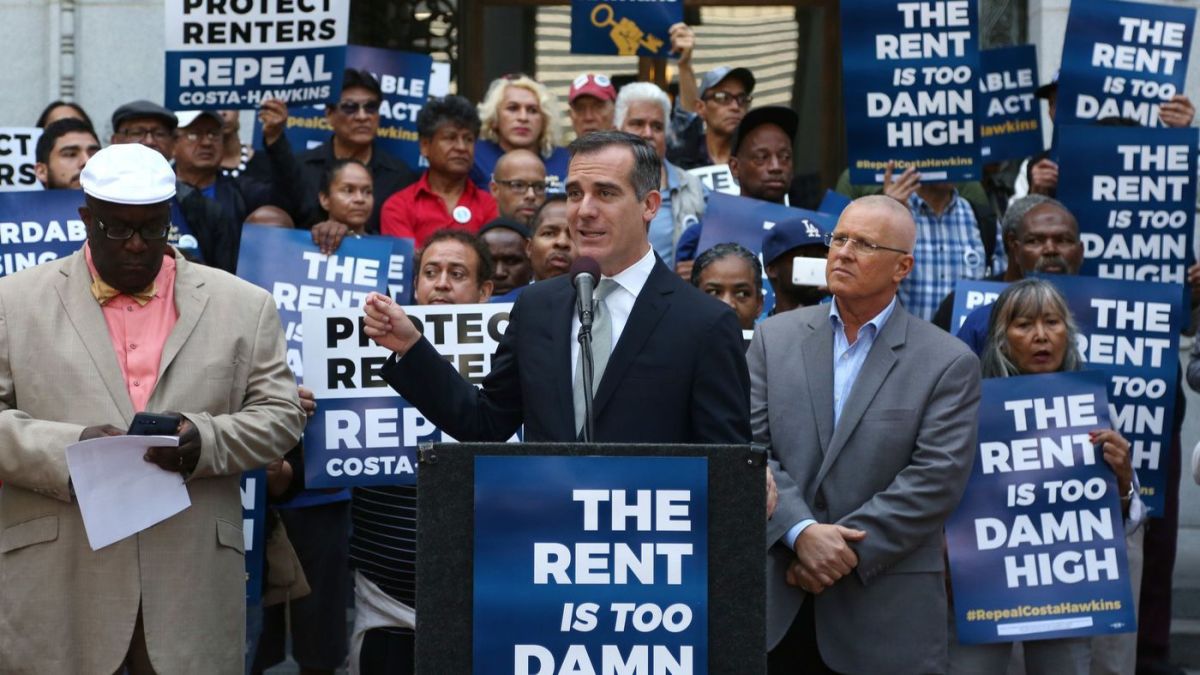 Those of you aspiring to get rich in California real estate better buckle-up and get ready for a tumultuous ride. Those owning commercial property, your day is coming; but today; let’s look at those of you that rent housing to others.

First, congratulations! You are about to win the lottery. At least according to people that I know that rent property. No, really. Thanks to the California Assembly, under the guise of affordable housing, you are about to score bigtime. AB 1482, has passed the Assembly and is waiting on the Senate for action. This bill is a ‘guaranteed income for life dream’…at least until you get hosed by whatever happens when Prop 13 is dismantled.

This bill allows you to increase tenant rent by five percent a year plus inflation.

It’s possible that the actual rent increase could go up to seven percent if our benevolent lawmakers decide to more closely mirror the Oregon version of the law but who knows. Anyway, the only thing standing between you and this utopian dream is two guys, the senate leader and Governor. I’m not sure I’d bet against the house (pun intended) on this movement.

So what is the downside of such blessed compassion on the masses?

Ironically, more than 10,000 apartment units in San Francisco reportedly sit vacant. That’s another result of the city’s rent control and tenant ordinances: Landlords are afraid to rent their apartments to strangers. Because tenants are granted special “rights,” it’s difficult to evict them. Landlords let the properties sit idle.

That’s a reality. If the cities where I own rental houses pass rent control, I won’t be the only one who is done with that type of investment. Who has enough blood-pressure medication to handle the stress of it? In rent-controlled cities, landlords exit the business and turn their apartments into luxury condos. If they can’t make a profit, they’re not about to install new counters or put on a pricey new roof. We end up with third-world conditions: the wealthy living in beautiful places and everyone else in squalor.

Oh, should this legislation go down in flames, never fear. Regardless of legislative action, statewide rent control will be on the ballot in 2020 and it’s considered a slam-dunk by its opponents.

Californians need to ponder this unpleasant reality given that community activists appear to have gathered enough signatures to place a statewide initiative on the November ballot that would overturn state limits on local rent-control ordinances. The 1995 Costa-Hawkins Act forbids California localities from placing rental-price caps on single-family homes, condos and newer construction. It also bans vacancy controls, meaning that landlords in rent-controlled cities are free to raise the rent to market rates once tenants vacant the property.

If California voters approve the repeal of that measure, the state’s housing crisis will get worse—especially in the liberal, high-priced coastal cities that almost certainly will embrace tougher rent control laws. It’s going to be difficult to stop the initiative, for obvious reasons. The pro side will hit the “easy button” (the rent is too damn high; we’ll magically make it lower!). Unfortunately, it’s hard to make a complex economic argument to voters who are suffering from unaffordable rent and housing prices, but it’s worth rehashing the long-proven results of such ordinances.