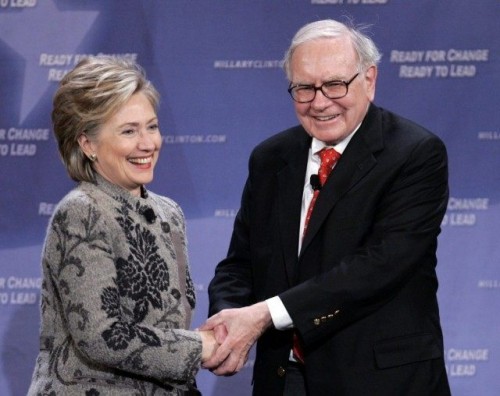 The Oracle of Omaha, AKA the world’s best investor ever, AKA rich Uncle Penny Bags pulled off a move this past week that will make anyone jealous.

As always, the context of the story first…. a company called Anadarko Petroleum accepted a takeover bid by Chevron, with Chevron offering to pay to buy the entire company and merge the two together.

Buffett, through his investment vehicle Berkshire Hathaway, offered to lend Occidental 10 billion in return for 8% interest. In today’s world of low interest rates, why not go to an investment bank? While the oil patch had a rough go for several years, things are looking brighter, and I have a feeling someone would have lent them the money far cheaper. Just to give you an idea of how great Buffett’s return is, experts in the investment world consider 7% returns a year being good, well Buffett is getting that, plus 1% essentially risk free. I say risk free because if the corporation goes bankrupt, Buffett is in line for payback far before the shareholders are. But as the guy pitching Ronco Knives on late night TV infomercials will say, “But wait, there’s more”! Buffett added a deal any of us unwashed masses can only dream off; he gets a signing guarantee fee, meaning if Occidental does or doesn’t end up buying Anadarko, Buffett gets $50 million. That’s right folks, there you have it…literally risk-free money! Chevron got in on it as well, since they get a 1 billion breakup fee if Occidental does in deed buy Anadarko as well.

Just to summarize, when I bought my house, the interest rate I took was 4.125%. I got the best rate possible at the time. Why on God’s green earth would anyone take 8%, when alternatives were available? I’ll explain more later, but this is usury on Buffets part, and I think it should be investigated. He is essentially making a payday loan to Occidental and holding them and their shareholders hostage for a ransom, win or lose. Keep in mind that Occidental has a very clean balance sheet and could have issued more stock or even done a bond offering for quite less then Buffett’s offering but oh well.

Buffett’s imprimatur is apparently valuable to Occidental Chief Executive Officer Vicki Hollub: The 8 percent that’ll be paid out on the preferred shares is more than twice the average coupon on Occidental’s debt.

Now here is where Elon Musk makes Occidental look foolish. Tesla borrowed 1.6 billion in the form of a convertible bond (can be exchanged for equity in the company) issued by investment bank Goldman Sachs (one of the best in the business mind you) for 2%. By the way, Goldman is currently telling investors to sell Tesla; at least that’s what their analysts say publicly. So just to break it down here, Occidental a well-run oil company, and a good balance sheet got the money for 8%. Whether they win the bid, they have to pay 50 million. Penny Bags gets his cut up front win or lose, yet Tesla who lacks any business acumen is able to get the money from Goldman for 2%? I guess in the weird world we live in–William has done a fantastic job lighting Musk on fire–but here Musk comes off as a winner. Occidental CEO Vicki Hollub comes off as a very aloof Chief Executive. I guess in the next 90 days we will find out who won.

Editor’s Note: Buffett’s intervention appears to be tipping the scales away from Chevron and toward Occidental Petroleum. I guess Wall Street wants Buffett to do for the petroleum industry what he has done for Kraft Foods.