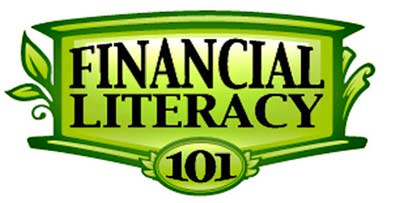 While conversing with an old college friend the topic of money and debts came up, my degree being in finance I offered to lend a hand. My friend also graduated with a degree in finance from the same college I did. My friend told me she was barely making ends meet. She is single and lives in the Bay Area and makes a decent salary of about 60k a year. She had amassed 35k in credit card debt, and has about $150k in student loan debt; credit card debt notwithstanding this is about normal for a young professional in their 30’s nowadays.

We cannot focus much on the student loan debt, because truth be told, without that degree you cannot even apply for a job at most places. This person is gainfully employed, so they have a paycheck going in their favor. What is the credit card debt about? This was a very painful discussion that initially ended with me saying if you’re not going to be forthcoming, the discussion would move on to another topic.

She began to open up. She revealed that she doesn’t cook so she eats out twice a day. The cardinal sin isn’t so much she is eating out, it’s that she is going to happy hour. Happy hour involves alcohol, and salt filled appetizers at a great teaser rate. I know this too well; you grab a tall one, then order up the wings, egg rolls and chips and salsa for just $11.99. Then upon finishing your appetizer you want another tall beer, then maybe one more, before deciding you probably better order food because its dinner time now…..$15 happy hour just became $70, possibly more with tax and tip……don’t worry just put it on the card! You get up tomorrow morning and need something to cure the hangover so you grab fast food, and spend another $10…lather rinse repeat. Those charges add up.

Reluctantly she went on that she spent quite a bit of money trying to keep up with the Jane’s and Kardashians of the world. I cannot relate to this, I am a guy, and as William can attest I usually have the same shirts, jeans or whatnot until it is ready for Goodwill…but I digress. In addition, I found a premium cable package, gotta watch the soaps every week, and binge watch on weekends. A home phone? ….if you’re under ago 60….lose it ASAP. A brand new iPhone, with a cancellation proof guarantee of a three year contract built in. A gym membership……where she went one time. This friend was in desperate need of help, I was there to advise, but I told her she isn’t going to like what she hears, but it’s got to be done.

The truth of the matter is she doesn’t need a diet, she needs a lifestyle change, and poor decisions have begat more poor decisions. A couple notes prior to me telling the advice that I gave her; she drives an old car and lives in a decent area, by no means high rent district. No car payment, and it’s not my place to tell a girl to live on skid row or somewhere not safe in order to save a buck.

My advice to her was her ditch the gym membership and commit to going for a walk during her break or lunch and park near the back of the parking lot at work. Ditch cable and the home phone. If you don’t think you can live without cable, try Hulu or Netflix or both. The cell phone is problematic however you have agreed to a contract so maybe try to negotiate a lower plan or something, this is the danger of brand new items. Take cooking classes, watch YouTube cooking videos, or I guess if you keep cable watch Food Network. The amount of money you spend eating out daily ads up quickly. What you spend in the course of just one week would likely covered groceries for a month. The key here is McDonald’s dollar menu seems cheap, but the food is loaded with chemicals that make you crave it for lunch, then dinner and a possible late night snack. Your waistline will thank you as well. In addition don’t think eating out for healthy food is the answer either. Salads cost more than $11. Subway may sound good and in some cases can be healthy but costs can add up quickly. The goal here is that we found quite a bit in monthly savings and we could apply this to debt service, starting with the 25% interest rate credit card debt. In her case the student loans were subsidized at 5.5% and honestly the least of her worries.

We found a potential of $800 per month in savings if she can implement the lifestyle changes that we discussed. This doesn’t sound like much but if she remains diligent, it will substantially cut into the credit card debt. Contrary to most people’s opinions, I told her keep the cards, do not cut them up, and in fact keep using them. Dave Ramsey won’t agree, but the way I see it, cash has a way to disappear with no accountability, with a credit card your charges are all itemized out each statement cycle. This is a way of keeping yourself honest, while also paying down the balance.

This plan is a roadmap to achieving a level of financial freedom and other people may have issues with the particulars but if the plan is maintained, it will work. I have to give my friend some kudos, she had her degree, and even found some additional work to provide a little more $$$ on the side. However this is where the kudos end, and cold reality of the world we live in sets in. The plan was not followed….well it was for about 6 months. Reality is a doozy in this case, but well here is the rest of the story as Paul Harvey used to say.

In the case of my friend, she reduced her credit card debt to $17k in just 6 months’ time, everything was going well, then she went back to her old ways. It’s true, you aren’t going to meet anyone to form a relationship with sitting at home eating a can of chicken noodle soup, just like it isn’t true living like a miser will make you happy. However if going out to the bar is recipe for eternal happiness I would rather die alone. Credit card debt maxed out now at 45k and the issuer is having no part of a deal involving reduced payments or more credit extensions. All the while rent in her area has skyrocketed and goes up about $150 a month twice a year, further constraining a budget, now the minimum payment cannot be made! That car…well it’s systematically breaking down and becoming a large money pit, you have no option but to keep sinking money into it. The rent issue? Well you need a roof over your head, so you have to keep paying. The student loans? While you don’t have to pay, you cannot discharge these through bankruptcy. She does not have rent money for next month….adding insult to injury, the complex manager is looking for the last 3 months rent. She is at the end of the treadmill of debt…it’s now over, decisions she made and subsequently have continued to make have finally come home to roost. Even worse rather than seek out help or try something productive, she gambles at the local Indian Casino, and plays the lottery, essentially falling for the lie that the easiest way to double your money is betting it all on black. Suffice it to say, she blames me for telling her to keep the credit card, we no longer have a relationship.

Now I will add some commentary. I prefer using my credit card to track my spending and purchases, maybe it was not a great idea, but ask anyone who is a waiter/bartender/valet, cash tends to disappear quickly and there is no paper trail. While I firmly believe in separating needs and wants, the bigger issue is you can be seduced by a want, and you could convince yourself it’s a need….you need a budget. Make a shopping list wherever you go, grocery stores love it when you insist on going up and down every aisle, it’s easier to trick your mind by those fancy SALE stickers. By the way ever notice those sale prices are not as good as the actual sale prices a week later? Impulse buying perhaps?

When it comes to tackling your debt, pay off largest balance/highest interest rate first. The one that costs you the most needs to be paid down first, then apply additional money to next highest interest rate etc. until paid off in full. Take advantage of local non-profits that are there to help/guide you, ditch that “financial advisor” eager to pitch their latest product to you. Suze Orman and Dave Ramsey are two of the best on the radio, free! They also offer classes for a nominal fee and it is well worth it as blogged about earlier. Additionally, this idea of hording a bunch of money in a savings account, when you have existing debt is ridiculous. Just think about it, your credit card issuer is charging you 30%, your savings is earning 2% at best if you use an internet bank…..William said it best, the house always wins. Having a rainy day fund is ok but deal with your debt.

Playing the lotto and gambling is even worse because the atmosphere is created to make you addicted and play more.

If you need to file bankruptcy and start over, so be it, but understand the difference between dischargeable debt (mortgage, credit card, auto loan) and undischargable debt (student loans). Perhaps worse, she started reading a tax website and decided to start looking into buying a house….get this…..for the mortgage interest deduction. Yes, she thought spending $$$ on a house payment each month and getting a bigger tax refund would get her out of debt. Then worse yet, she joined several dating websites ($$$) looking for a special someone. Again seduced by a child tax deduction and a marriage tax break…news flash the marriage tax break is double that of a single one, however your taxable income will be higher. The goal of marriage is not to share the misery of your past mistakes by expecting someone else to fix them so you can double-down on continuing to make stupid life choices. Truthfully, what guy worth having would willingly enter into a relationship with someone carrying all your financial baggage?

The bottom line is that my friend has no chance anymore, except bankruptcy, and even then the road back will be rough. Good luck living anywhere decent. You won’t be driving a new vehicle for a while and worse your credit will stink for many years. However there is good news, we have some of the most generous bankruptcy laws in the world, so fear not in about 7 years you will get to start all over again! I have a customer who’s family is doing just that, they owned a really nice house in my parents old neighborhood, went into foreclosure, filed bankruptcy, and now they are right back at it 7 years later. Bought a house in that same neighborhood, also near the peak of the market, by the way, bought a huge new boat, 3 new cars, and I’m sure this story will once again end poorly soon, but hey it’s America! By the way didn’t Citibank used to have a catch phrase of “Live Richly?”

I guess I may be missing out?