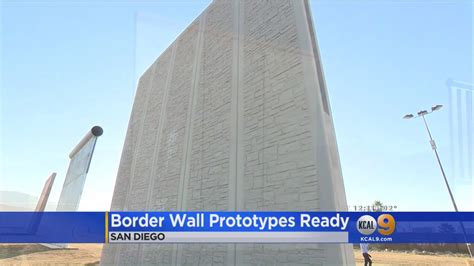 Earlier this week, Senate Majority Leader, Mitch McConnell, counted heads and quickly concluded that he didn’t have the votes to fund the border wall/fence/barrier. Thus he unilaterally threw in the towel and didn’t even try to fight for funding when the Senate voted to pass a continuing spending resolution to keep the government funded for another seven weeks. Instead, he just said let’s fund everything else and the President will have to try again later. The Senate voted and everyone in D.C. thought it was time to go home.

The Senate approved a seven-week funding bill on Wednesday, preventing a partial government shutdown that was expected to begin on Saturday.
Senators passed the legislation by voice vote, which represented the final item on the Senate’s to-do list as they wrap up their work for the year this week.

Republican senators say that while they believe Trump is unhappy with Congress passing a short-term fix, they believe he will sign it because they were able to keep other controversial policy riders off of it.

But both sides remained far apart on funding for the U.S.–Mexico border wall. Trump and House Republicans want $5 billion for the wall.

Later that same day, Nancy Pelosi was seen partying like it was 1992 because Democrats (and some Republicans) had stopped President Trump in his tracks with a clear message that he would get no border protection.

The video was the lead item as of Thursday morning on the Drudge Report, which suggested that Pelosi was celebrating President Trump’s decision to back off his demand that a government funding bill this week include $5 billion to build a wall along the U.S.-Mexico border.

The following day, Trump threw the D.C. Elites in a tizzy when he said that he expects a border wall to be part of the bill and will shutdown the government until he gets it. Had he been any other Republican, he would have rolled-over and just signed the continuing resolution; but thankfully Trump has a spine.

Now the boys in the Senate are scurrying around like cockroaches trying to decide what to do. It’s bad form to leave The Beltway to go home on vacation while the folks in D.C. are going without a paycheck. The optics of this are terrible. Too bad for them that the House threw this mess right back at them—the ingrates—and are forcing them to act. This is not the congeniality that is expected of Senators. The Senate is the saucer and is expected to cool the tea of the House’s rash action or so the story goes.

Conventional wisdoms is that this is Trump’s best chance at funding the wall for the next two years and everybody knows it. Whether he ultimately prevails in the next few days, I boldly predict that the wall will be funded before Trump takes the oath of office again. If Congress fails to act, Trump will hang this issue around the Democrat’s necks like a wreath of garlic on Dracula’s throat until Democrats are tired of being associated with the issue. Just to make him shut-up, the Democrats will eventually deal.

Note to Senators, Trump is making a list (of how you vote) checking it twice, he has a long memory of who is naughty or nice. Remember this before you plan your next campaign for re-election.

Surprise, this just in: Senators may have an agreed framework to give Trump what he wants to avoid a government shutdown.

McConnell and Senate Democratic Leader Charles Schumer (N.Y.) are expected to enter into the agreement on the Senate floor.
“This is will be an agreement between McConnell and Schumer about what next happens on the Senate floor. You’ll see them to enter into a little discussion,” Corker said. “It charts the course forward that gives us the best chance of actually coming to a solution.”