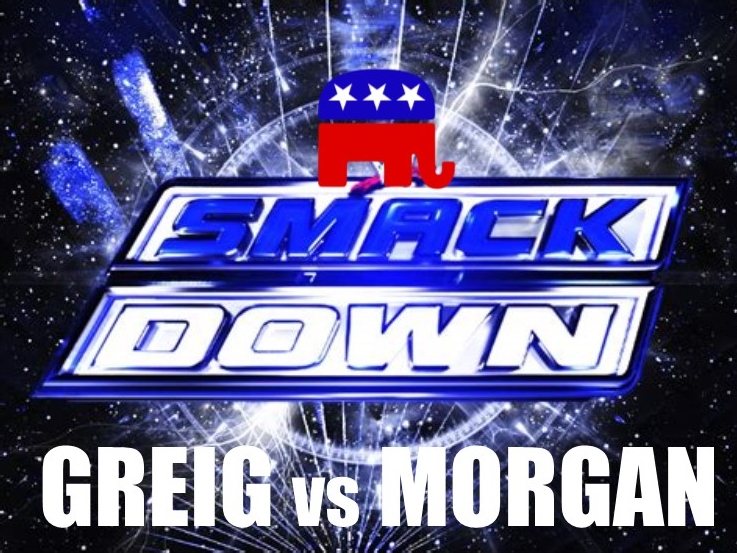 Alliances will be tested. Intrigue. Betrayal. The fate of a kingdom hangs in the balance.

No, it’s not a new Peter Jackson movie or other Hollywood blockbuster, it’s the battle for CRA’s next President. The challenger, Johnny “Captain” Morgan, vs veteran past President, Celeste Greig.

When we last heard from Celeste, she had staked the fate of the CRA and California GOP on then candidate for CRP Chair, Jim Brulte, “If you don’t support Jim Brulte as the next CRP Chairman, there’s the door”.

It is ironic that as Brulte is departing his post as Chair, having led the California Republican Party into oblivion, that Greig is once again emerging from her hiatus.

Does Celeste picture herself as the modern-day Rip van Winkle, emerging from cryogenic sleep to lead us back to the Reagan Revolution?

Sadly, the Republican playbook has not changed since “The Gipper” was in the White House. Promises of less regulation, lower taxes, and less government ring hollow thanks to twelve years of Presidents named Bush, John Boehner and Paul Ryan as speaker, “repeal and replace Obamacare”, and locally as a whole host of GOP sell-outs like Maurice Johannsson, etc. betrayed us every year for crumbs off the Democrat’s table.

In a sense, the playbook isn’t wrong, it’s the weak character of the men who claim to follow it.

What Celeste thinks that she brings to the table just mystifies me. Her inability to see the character of Jim Brulte and what he would do to the Party makes me not trust her judgment. At the time, she was apparently star struck that he would even seek CRA support and never thought twice about the endorsement. It took many years before she changed her mind.

Johnny Morgan has a track record of growth in an area where traditional CRA operatives have never had any inroads. Johnny can’t do any worse than Celeste, and probably will do better. He has served CRA in a number of capacities and I think he deserves the opportunity.

The current leadership is old, white, and intellectually broke. Sadly, many are hell bent to oppose Johnny not because of his race but because he will change things. Change brings uncertainty and the older generation doesn’t like change. If loosing Orange County won’t cause CRA to reevaluate their way of doing things then nothing ever will.

I don’t dislike Celeste or doubt her dedication but isn’t bringing her back akin to the Democrats bringing Jerry Brown back for two more terms as Governor? You would have thought the CRA had a deep enough bench not to resort to the Republican version of “Weekend at Bernie’s” just to maintain power.