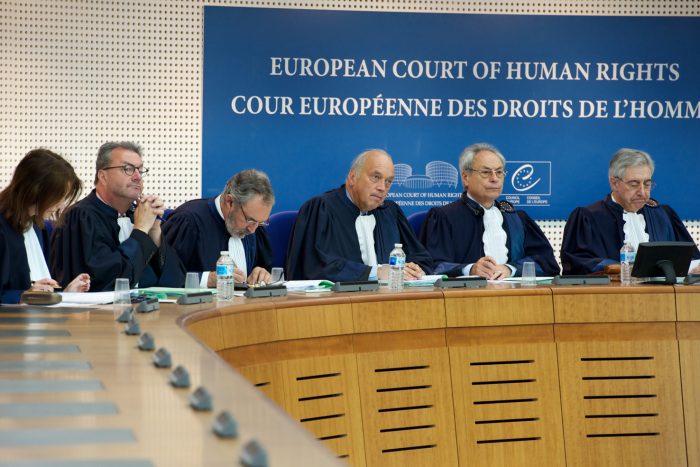 Last week while we were all distracted by the fake bombs sent via snail mail to various Democrat leaders, other things more significant were afoot elsewhere in the world.

It is part of the Ten Commandments. “Thou shalt not take the name of the Lord thy God in vain; for the Lord will not hold him guiltless that taketh his name in vain.” Exodus 20:7

There is a little known movie about a man that is transported from 1890 to the present (ok 2002) and is shocked at what he sees. On the one hand, marvels of technology and on the other the decay in societal values. At one point he goes into a movie theater and hears God’s name used in vain. Shocked he runs out and complains to the first theater employee that he encounters. The guy selling soda and popcorn looks at him with a blank stare trying to figure out first what using the Lord’s name in vain even means and secondly why this guy is upset when people talk like that all the time. 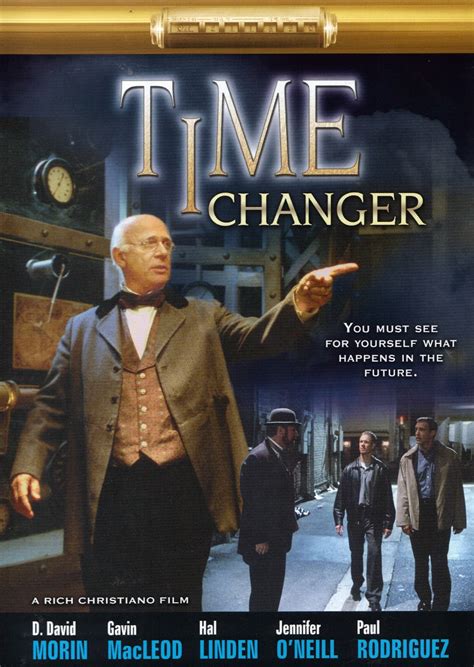 The Irish constitution’s preamble still begins “in the Name of the Most Holy Trinity” and acknowledges “all our obligations to our Divine Lord, Jesus Christ, Who sustained our fathers through centuries of trial.” Its text continues to read “the State acknowledges that the homage of public worship is due to Almighty God. It shall hold His Name in reverence, and shall respect and honor religion.”

While 20th century Ireland was a strongly Catholic society where lay political leaders implemented Catholic faith and morals as they perceived them, sometimes in close cooperation with Church leaders and other Catholic institutions, in recent decades the country has secularized.

While Ireland has higher Mass attendance rates than many traditionally Catholic countries in Europe, vocation numbers have plummeted and self-identified Catholics have dropped to 78 percent, according to the 2016 census, and almost one in ten now identify as having no religion.

The secularizing changes are attributed to scandals involving clergy sex abuse, other abuse in other Catholic-run institutions, as well as increasing affluence and influence from international corporations and NGOs.

Ireland’s long-standing pro-life constitutional protections were repealed in a May 2018 vote with over 66 percent voting in favor. In May 2015 Ireland became the first country to implement gay marriage by a popular vote, with 62 percent of voters backing the change.

Ireland is one of 71 countries where blasphemy is illegal.

After this weekend, now blasphemy is illegal in 70 countries because Ireland voted overwhelmingly to drop the prohibition from their constitution.

DUBLIN, Ireland – Exit polls indicated Irish voters were expected to repeal the Republic of Ireland’s constitutional prohibition against blasphemy, with close to 70 percent of voters backing the change in a Friday vote, the Irish Times has reported.

Catholic bishops did not put forward a defense of the law, though one Muslim leader spoke in its favor.

“The publication or utterance of blasphemous, seditious, or indecent matter is an offence which shall be punishable in accordance with law,” said the constitutional passage in question, which dates back to 1937.

As passed, the referendum would remove blasphemy from this list of offenses, and allow the Irish parliament to change laws penalizing blasphemy.

This continues a trend that Europe is moving away from any pretense of holding to its very deep rooted Christianity. However, this is not the end of blasphemy news last week. While Christianity has been further diminished, Islam has been elevated throughout the European Union by the European Court of Human Rights.

Europe’s ever-steady march towards illiberal, totalitarian nonsense continues apace. The European Court of Human Rights ruled this week that defaming the Prophet Muhammad is not protected speech. More specifically, the court said an “Austrian woman’s conviction for calling the prophet of Islam a pedophile didn’t breach her freedom of speech,” the Associated Press reported.

The ECHR explained in its ruling that Austrian courts had “carefully balanced her right to freedom of expression with the right of others to have their religious feelings protected.” The woman explained in 2009 during a seminar discussion that the Prophet Muhammad’s marriage to a six-year-old girl was basically “pedophilia.”

The woman was charged and convicted by a Vienna court in 2011 of “disparaging religious doctrines.” The woman was ordered to pay a $547 fine, plus costs, the AP notes. An Austrian appeals court upheld the 2011 ruling.

On Thursday, the ECHR explained in its ruling that the Austrian court’s decision “served the legitimate aim of preserving religious peace.”

The seven-judge panel also argued in its ruling that there’s a difference between child marriage and pedophilia:

[B]y accusing Muhammad of paedophilia, the applicant had merely sought to defame him, without providing evidence that his primary sexual interest in Aisha had been her not yet having reached puberty or that his other wives or concubines had been similarly young. In particular, the applicant had disregarded the fact that the marriage with Aisha had continued until the Prophet’s death, when she had already turned eighteen and had therefore passed the age of puberty.

European Court of Human Rights: Sorry, Charlie Hebdo, but you had it coming

The recent ruling by the European Court of Human Rights (henceforth ‘the Court’), upholding Austria’s decision to charge somebody for insulting Islam, poses an interesting quandary to its regular critics.

On the one hand, it has upheld what a great many liberals and conservatives alike consider to be an absurdly restrictive judgement. It may not (quite, yet) have imposed an Europe-wide blasphemy law, as sometimes suggested, but it has upheld Austria’s.

But on the other, those whose overweening concern is with democratic accountability and national sovereignty, and therefore oppose the imposition of law by a transnational judiciary, cannot without great care demand that the Court ought to strike down Austria’s laws when we don’t like them.

Moreover, Scott argues that the Court is actually suggesting – at a time when blasphemy legislation is falling across the continent, most recently in Ireland – that signatories of the Charter have a duty to “criminalise “improper and abusive attacks” on objects of veneration”.

But in justifying their ruling the judges appear, if I read Scott’s analysis correctly, to be setting precedents which could well lead to impositions on other nations at a later date. If it becomes established that religious persons have a right not to be offended, it will fall on other states to uphold that right. Where Austria leads, other may have to follow.

Of course, Theresa May has backed away from her earlier enthusiasm for withdrawing from the authority of the European Court of Human Rights. But incidents such as this, where rights law starts metastasising and threatening to impose fresh obligations on democratic governments without any popular mandate, remind us why our relationship with it is something which future, post-Brexit governments may need to revisit.

Given the above events, when in Europe, you can blaspheme Jesus all you wish but to treat Mohammed the same way is to incur the wrath of the secular elites. Sadly, Mark Stein is vindicated once again in his prediction that it is an actuarial certainty that Europe will be Islamic in a few short decades. 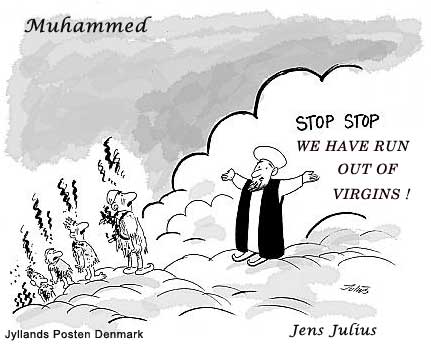 To quote to pop song of a few decades ago,

All in all it’s just another brick in the wall.