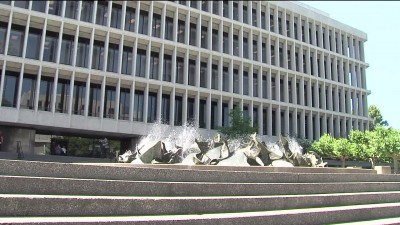 I just spent about four weeks on jury duty and I need to decompress, debrief, vent, or whatever you want to call it. I plan to write a few posts covering different aspects of the experience. First, I would like to write about the process itself.

The group that I was in reported for duty on a Tuesday. We checked in with a secretary of some sort in the jury room about 8 AM. Each prospective juror is handed a questionnaire to complete. Prospective jurors are asked if they have ever been the victim of a crime, called as a witness, or know someone convicted of a crime. About 8:30, a judge entered the room and gave us a speech about the importance of jury duty and thanked us for coming. In the past, this speech was an old VHS recording dubbed onto a DVD but this time the judge was in the flesh with a microphone in hand. That was different.

A few minutes later, we were called by name not group number—yet another change from my previous times on jury duty—and sent to a courtroom on another floor of the building. After we made our way up the stairs and gathered in front of the courtroom door, a Sacramento County sheriff deputy opened the door and began calling names. The first names called were directed to the jury box. I was the third name called. Just like that I found myself in the jury box starting the day as juror number three.

The folks that are in the jury box plus some others, are then subjected to a series of questions. Based on your answers, you may find yourself excused from jury duty. Other folks were given the opportunity to be excused based on their work and the length of the trial which was estimated to run three weeks. Still others were booted from this case if they had medical trailing or specialized trailing in firearms. The questionnaire completed in the jury room is the starting point for questions along with things specific to the case. The prosecution, defense, and judge each get a copy of the questionnaires. Many people were excused from jury duty in my group. I figured that I was old, white, and male so I was sure to get the boot eventually. Amazingly, that didn’t happen. Some older folks than me did get the boot and so did all the black folks in the jury pool.

We were told to return for more on the second day because jury selection was not completed. The elimination process continued until the lawyers quit booting people. All of the sudden, about halfway thru the second morning there was agreement between the prosecution and defense. All the folks in the spectator part of the courtroom were dismissed and fifteen of us—twelve jurors and three alternates—were being sworn-in as the jury.

After a short break, the trial began.

The prosecuting attorney is given the first move in making the opening remarks of the trial. “We will prove the following…” Then the lawyer tells their case in outline form against the accused. In our trial this took about 15 minutes. Then the defense attorney had his turn and took about three minutes. He said my client did it in self-defense and sat down. Please note that you are not given a detailed explanation of the charges against the accused at the beginning. The charges were mentioned once at the beginning and not again until the trial was concluded.

A jury trial is not like you see it on television or the movies. The biggest factors in the trial are the judge and the lawyers. The judge runs the overall thing but the real work is that of the lawyers. The trial is only as good as the questions that the lawyers ask each witness. The judge will occasionally ask a question of a witness but the jury cannot.

The jury is given a tablet and pen to take notes. These notes are not allowed to leave the courtroom until the jury deliberates that case, then they can be taken to the jury room for use during deliberations. Finally the notes are destroyed.

The next thing that is very different is that the witnesses are not called in chronological order of events. Our first witness was a doctor testifying about the injuries received by the victim of a gunshot wound. Then a witness to the shooting was called. Then a ballistics guy then another witness to the crime and then lots of police. Think of court testimony as a photo that is shredded by a playful puppy and then you randomly pick up each piece that the dog did not eat to see if you can understand the whole of the picture.

Video, fingerprints, DNA, and other technical wizardry are not a big part of most trials. As in this case, it was witnesses with varying degrees of believability that were called upon to testify.

Over the course of many days the story slowly comes into focus. You get the feeling watching this unfold that trying to schedule all these witnesses is like herding cats so they can fit the timeframe of the court. Some witnesses take ten minutes and others several hours. Some are willing to testify while others clearly would rather be anywhere else than court. But again, the answers are only as good as the questions.

The prosecution has the burden to prove the case against the accused. Early in this trial, the court made a big deal about the fact that the accused was not required to testify or even offer a defense. (I will have more on this in another installed of this series.) All evidence gathered by the prosecution in the investigation is required to be disclosed to the defense.

Something else that defies life in the real world are the hours kept by the court. Trials start at 9 AM for juries but the doors of the courtroom may not open until 9:30. Lunch can begin anywhere from 11 to noon but afternoon sessions always begin (in theory) at 1:30. The day usually ends at 4 PM but can go as late as 5.

I would arrive about 7 AM each morning, eat my breakfast in the jury parking lot, and then get 5 to 6 thousand steps each morning before court began. I arrived early partially to keep somewhat to my usual working hours and partially to beat the traffic. Also, jury parking is at a premium—especially at the beginning of each week.

The closing arguments went something like this: the judge read some instructions, then the prosecution did a 50 minute PowerPoint presentation going over each charge and point of law, and then the defense council did his best to muddy-up the waters in the hopes of creating reasonable doubt. The prosecution got a short rebuttal and then the jury was off to make a decision.

In short, we took a one hour episode of Law and Order and split it into pieces over a three week period.

More on the case in the next installment.