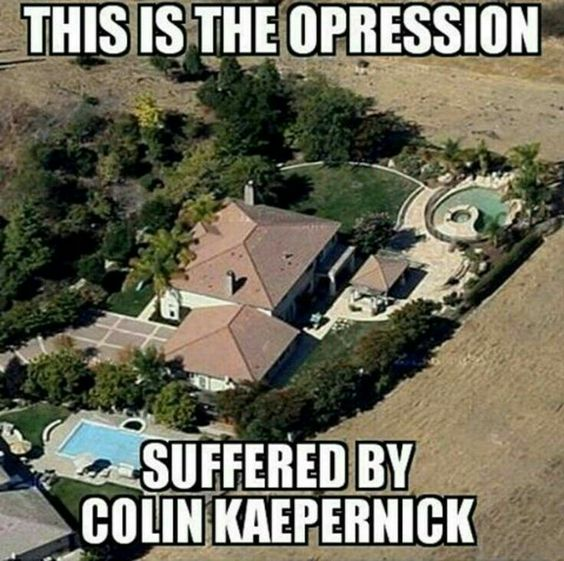 I am aware this is a political blog, but ever since ESPN waded into politics its only right to rain on their parade, and dance on their grave when they are down. We have chronicled in this space the past doings of John “The nasal dust sniffer” Skipper, so I wanted to check back in an see if things were going better under a new President. Newsflash, they are not, and this network will likely be doing another round of “cost cutting” soon. Jim Pitaro the new president, is basically going full George Costanza, and reversing every move Skipper made…..likely while he was on a cocaine bender, during his last year as president. Here is a snippet of what has happened in the past 3 weeks: Jemele Hill, decided to leave early, and had ESPN buy out the remainder of her contract. Hill is most known for calling the President a racist, and basically spewing her filth all over Twitter about how every white male is racist, and players in the NFL and NBA are so oppressed in today’s society.

The fact she was allowed to stick around for more than a year after her dust up with President Trump shows you how out of touch they are at ESPN, she was literally murdering the brand every possible chance she could. I still cannot get my head around this, players protesting how “oppressed” they are making more money in one game check then I will ever earn! Anyway, good riddance Jemele!

Now we will check in on the new show “Get Up” which was rolled out earlier this year. It is a 3-hour show for which they built a special studio in New York City. The show was going to talk sports but also have a Good Morning America type feel to it, so I figured they would mix in some news. The show has been a complete and utter disaster, only registering 300k viewers a couple dozen times, keep in mind “Rusty Rivets” on Nickelodeon earns more than 950 viewers in the same time slot.

Now think about this, in addition to paying many millions to build out the new studio, look at the salaries of the 3 hosts: Mike Greenberg who was a huge hit on Mike & Mike in the morning with ESPN (their most successful show by the way) makes 6.5 million a year. Michelle (if you give me a ride home I’ll give you a ride as well) Beadle makes 5 million a year. Jalen Rose a former NBA star and member of Michigan University’s Fab Five makes 3 million a year, I like Rose, he adds a lot to the broadcast, so he is not going to be the target of my fire. Greenberg used to be the quirky IT type guy on Mike & Mike to Mike Golic’s I’m a former football player, I know sports, what made them different made them great. He decided he wanted a move and now we have this disaster. Greenberg is also leading the let’s integrate politics into the news coverage at this network. Beadle, made big news a couple weeks ago, she announced she was not going to watch the NBA or NFL anymore….Bold move….hope it works out for you. Well it did not, she has been reassigned, very alpha move saying you were not going to watch sports, so you could give analysis and commentary based on those 2 sports. Just as a final side note, a show with this high salary and overhead needs at least 500k viewers to break even, keep in mind they can only get to 300k on a really good day.

Well a couple Fridays ago, ESPN announced Get Up would go from 3 hours to 2; again, keep in mind Friday is a slow news day and is a preferred day to announce bad news. In addition, ESPN executives gave a stern warning to the show hoping they can increase their ratings during football season; I do not see this occurring. The bottom line is this, ESPN got political, and similar to what happened at Dick’s Sporting Goods and now with Nike, alienate a fan base and your brand suffers irreparable harm. Times are different now from the past, we have a President who will remind his base daily that ESPN shows and defends players kneeling or sitting during our National Anthem. Those viewers have tuned out, preferring Fox Sports 1 which is on a very obscure channel, they will not be back. They think having Monday Night Football will bring viewers back into the fold, incorrect.

The most interesting part of the report looks into the next round of rights negotiations, with the report suggesting that ESPN should drop its “MNF” package in order to pursue “SNF” instead. The report calls Disney’s current “MNF” package a “rotten deal with … a cost/rating point ratio that is 260% to 400% more expensive than any other package.” The report goes on to say, “One of the more interesting theories that we still think has a higher probability of playing out is if Disney instead targets the more valuable, but lower-priced Sunday Night Football package, currently at NBC. We believe Disney should reclaim the Sunday primetime package by paying a significant premium to the existing costs. Even if they pay $900 million more per year, it is a better economic outcome than keeping MNF” (John Ourand, Staff Writer).

WHAT TO EXPECT FROM RATINGS: In N.Y., Richard Morgan wrote NFL ratings are “facing yet another brutal blitz this fall,” and analysts note this season’s ratings “could fall even faster as the league continues to grapple with a slew of ugly controversies that have turned off viewers.” BTIG media analyst Rich Greenfield said, “The downward trend in ratings is unavoidable—even though NFL ratings are outperforming the broader TV market” (N.Y. POST, 9/4).

Mark my words this show will be cancelled by the middle of next year, cracks have occurred in the foundation, and now the show has structural issues that are not repairable.

I think John Skipper just snorted a line of coke, have another ol’ Johnny you earned it!