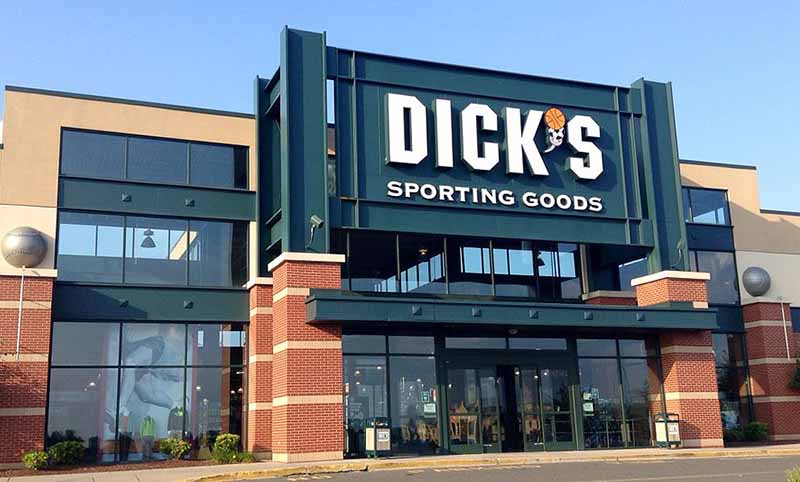 Sales at Dick’s Sporting Goods tanked in the last quarter while most retailers are doing better with increased consumer spending. This was due to the store caving in to political correctness.

The weaker-than-expected results bucked a trend in the retail sector, which largely has benefited from a surge in consumer spending fueled by a booming economy.
Consumer confidence for August, measured by the Conference Board’s consumer-confidence index, was the highest it has been in about 18 years.
That sentiment, along with other factors, has powered companies such as Walmart Inc. and Target Corp. to their best quarterly results in more than a decade.

Dick’s said part of the company’s sales problems were a result of Under Armour’s decision to sell in more stores including Kohl’s. Under Armour declined to comment.

Also hurting sales was Dick’s decision to tighten its policy on gun sales after 17 people were killed in a February shooting at a Parkland, Fla., high school. The retailer halted sales of any firearms to people under age 21 at all of its 845 Dick’s and Field & Stream stores and stopped selling assault style weapons at Field & Stream.

Answer: Neither. They are the same gun. Ruger 22

Ruger 22 is semi-automatic rifle. The stock clip holds ten bullets. It fires one bullet at a time.

Please note that there is no such thing as assault-style weapons. Anything used as a weapon can be used to attack or defend a person, family, or property. Claiming that a special class of weapons called “assault-style weapons” is the myth of illiterate Liberals and city folks. Fully automatic weapons have been illegal since the days of John Dillinger. Thus, all guns commercially since the 1930’s are only capable of firing one bullet at a time. So, Dick’s claiming to stop selling assault-style weapons is a bald-faced lie.

Dick’s has limited buying options, limited who they will sell too, and let gun loving folks everywhere know they are openly hostile to them. As a result, their sales fell. No surprise here. Had they done nothing they would have shown a profit last quarter. I hope this is a trend that hurts them in the pocketbook.