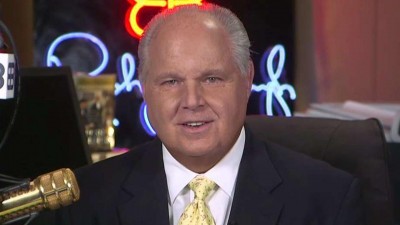 Since its Friday, I wanted to take a timeout from the news of the day. I did read a headline about Rush Limbaugh offering to run Facebook after they lost 119 billion in stock value yesterday. Facebook has no value in any real metric. They do nothing and produce nothing. They have no tangible assets, they are vaporware. Facebook exists only on paper. If you liquidated the company, you could only get a few million for real estate and office equipment.

My purpose today is not to bash Facebook, as fun as that may be, but my mind did wander to Rush. I rarely listen to him anymore. I like him and enjoy his program much of the time but work and listening don’t always go together.

I do marvel at the staying power of Rush. He is an American institution. In my lifetime only Paul Harvey approaches him in the field. But Rush is superior. Why? Because Rush does what he does, three hours a day. Paul Harvey did two short broadcasts of less than seven minutes. However, without Paul Harvey, Rush would not be possible.

So what does Rush do? First he is a vociferous reader and he has an eye for reading between the lines. He may not use the word but he understands the worldview of those he disagrees with. This is why he is so often right. He just looks at people and knowing what motivates them he can predict what they will do next. He has both a staff and loyal listeners that funnel information to him to sort thru so he can keep abreast of different events. Importantly, he has a sense of humor and knows how to poke fun at his adversaries. This is all well and good but doesn’t necessarily translate to good radio.

Think about it. What is radio?  At its core, radio is a guy sitting in an empty room by himself pretending to be having a conversation with his best friend. This dialogue is broken only by commercials and weather updates. Rush has been doing this three hours a day for about 30 years.

Trust me when I say that normal people can’t do radio. I worked in radio in high school and college. The station where I worked in high school was WDDT—which at the time was running a top-40 rock format. WDDT was a small town dawn to dusk AM station. On Sundays, I had to arrive early in the morning and turn on the transmitter. Then at sunrise I had to change the broadcast power to increase the transmitter footprint for daytime operation. Thus I was running the programming and also the acting broadcast engineer.

The college that I attended for my freshman year owned a 50,000 watt AM station and also an FM one which were both on the west side of campus. The student station was confined to the campus and broadcasted via carrier wave thru the power grid of the school. Yes, reception was thru plugging your radio into the 110 volt wall outlet and then tuning to the correct frequency. (Trivia: You can now use this technique in your house to transmit Internet from one room to another.)

These experiences in radio give me a greater appreciation for how gifted Limbaugh really is. I’ve formally met Rush once. Shortly after he left Sacramento and began his nationwide program, he returned and did a political fundraiser in Sacramento. I paid my $100 and got to meet him at the event. He is not what you would expect. He was shy and uncomfortable in the large group. He impressed me as being an introvert when in the company of strangers. It’s part of the way radio works. You create an on air personality and like an actor playing a part, you cloth yourself with the character and take it off when it’s not needed.

My other claim to fame was that I was officially the only troublemaker to interrupt him during his first Rush to Excellence Tour. If you can find the video tape—I don’t think he ever put these on DVD, Rush is doing a bit on the stage about New York handing out condoms to people to protect them from AIDS. Said Condoms were stapled to an information sheet that was being given to people. Rush was mocking them for putting the staples thru the middle of each and every condom that was being passed out with the promise that their use would result in “safe sex”. During this monologue, I hollered-out the name “Lee Nichols” and Rush lost it and started laughing. After a few seconds he recovered his composure and continued him monologue. As a result of my outburst, I was featured prominently in two subsequent close-ups of the audience.

While the name Lee Nichols probably means nothing to you now, I will explain who he was. Nichols was a professor at Sac State. He left his wife and children to pursue a relationship with a man. Nichols was out of the closet before it was cool. He was very Liberal. He was part of the Lambda Community Center group in Sacramento.

Nichols obituary can be found here

Due to concerns about the FCC Fairness Doctrine, KFBK felt that they needed an afternoon host to counter the conservatism of having Rush on for three hours in the morning so they gave three hours a day in the afternoon to various Liberals. Of these, Lee Nichols was the best foil that they put up.

The reason my Lee Nichols comment was funny was because everybody in the room was thinking it but I was the only one willing to say it out loud and the timing was spot-on.

I’m glad Rush is still around and going strong. Like Trump, I don’t know if he is a Christian but I do know that God is using the man to teardown strongholds of evil and stupidity. Yeah, I guess that means that Rush (and Trump) are doing the Lord’s work.