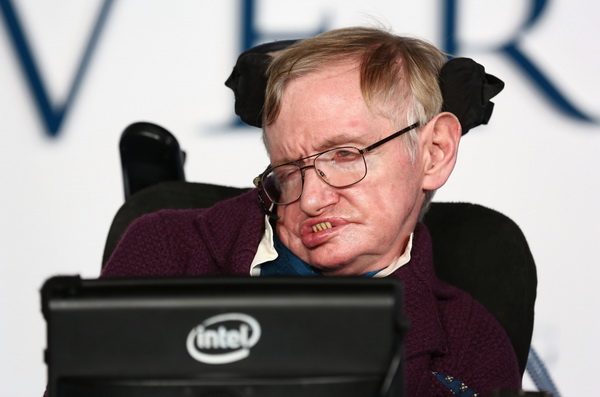 A few days ago, Stephen Hawking died. To me, Hawking was just a guy in a wheelchair that suffered from an illness. For some reason he seems to many in pop-culture a successor to Carl Sagan. The only thing both men seem to have in common was a disdain and hatred for organized religion—especially Christianity (why is it that Liberal icons never say anything bad about Islam?)—and both claimed that the cosmos can be explained without a Creator.

Stephen Hawking says he’s an atheist, arguing that science offers a “more convincing explanation” for the origins of the universe and that the miracles of religion “aren’t compatible” with scientific fact.

In 2011, he told The Guardian that he didn’t believe in a heaven or an afterlife, calling it “a fairy story for people afraid of the dark.”

Stephen Hawking Says ‘There Is No God,’ Confirms He’s An Atheist 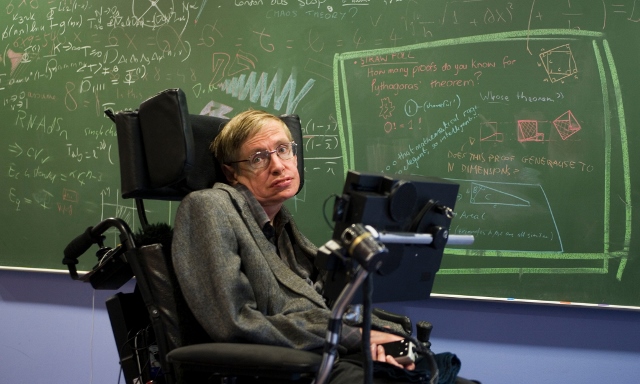 I find it curious that Christopher Hitchens did not get the same send-off when he died. He believed the same things as Hawking and Sagan.

After people die, there is often a bunch of sentimental nonsense uttered in an effort to comfort those left behind. This is doubly true of those with no hope. Much of this sentimentality comes from or about people with no evidence of faith. In such circumstances we often hear things attributed to them that are undeserved.

“Baby Doe is in a better place now.”

“Uncle Bob is in a place with no cancer.”

“Pirate Sven is sailing in a place with fair winds and calm seas.”

“Johnny don’t be so sad. I’m sure Grandma is running through a meadow in her bare feet and she and Grandpa are looking down on you.” 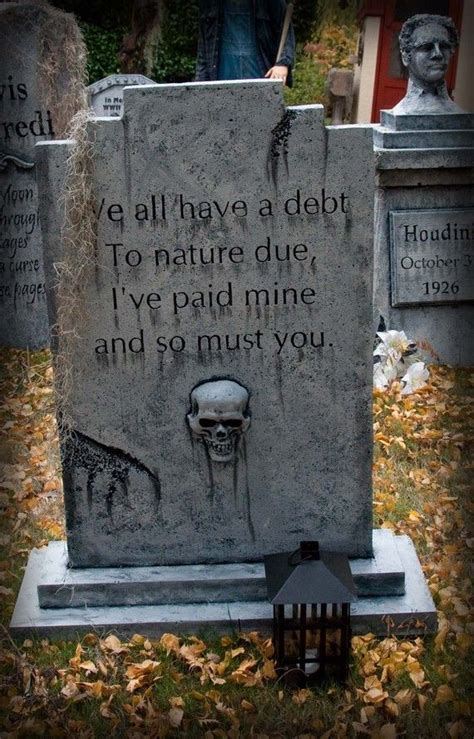 Such was the case for Wonder Woman actress Gal Gadot.

“Rest in peace Dr. Hawking,” Gadot wrote in a tweet. “Now you’re free of any physical constraints. Your brilliance and wisdom will be cherished forever.” 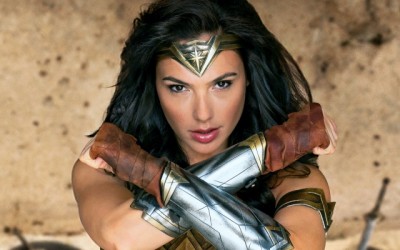 I have a number of problems with this expression of sentimentality.

First, I think Gadot was trying to be compassionate towards those left behind in Hawking’s family. In our culture “Rest in Peace” is often used, especially for those who knew no peace in this life or suffered greatly. This expression is an indirect reference to the belief expressed in Revelation 21:4

And God shall wipe away all tears from their eyes; and there shall be no more death, neither sorrow, nor crying, neither shall there be any more pain: for the former things are passed away.

Second, atheist Hawking has no reason to hope for any rest. The best he can do is hope for the oblivion expressed in Ecclesiastes 9:5

For the living know that they shall die: but the dead know not any thing, neither have they any more a reward; for the memory of them is forgotten.

However, we are assured that all men will stand before God on the last day.

And as it is appointed unto men once to die, but after this the judgment: Hebrews 9:27

The Bible is pretty clear that God doesn’t believe in atheists.

But the fearful, and unbelieving, and the abominable, and murderers, and whoremongers, and sorcerers, and idolaters, and all liars, shall have their part in the lake which burneth with fire and brimstone: which is the second death. Revelation 21:8

Gadot received lots of blowback from the Tweet that I just commented on but not from the religious community. It was an attack from disabled leftists and atheists.

This subgroup of the disabled community who are attacking Gadot are really attacking the foundations of Western Culture. They are denying sin and its effects on the Creation. The Bible is clear that we all have corruptible bodies that are tainted by the effects of sin and that we will get a resurrected body that is incorruptible.

And as we have borne the image of the earthy, we shall also bear the image of the heavenly. Now this I say, brethren, that flesh and blood cannot inherit the kingdom of God; neither doth corruption inherit incorruption. Behold, I shew you a mystery; We shall not all sleep, but we shall all be changed, In a moment, in the twinkling of an eye, at the last trump: for the trumpet shall sound, and the dead shall be raised incorruptible, and we shall be changed. For this corruptible must put on incorruption, and this mortal must put on immortality. So when this corruptible shall have put on incorruption, and this mortal shall have put on immortality, then shall be brought to pass the saying that is written, Death is swallowed up in victory. O death, where is thy sting? O grave, where is thy victory? The sting of death is sin; and the strength of sin is the law. But thanks be to God, which giveth us the victory through our Lord Jesus Christ. Therefore, my beloved brethren, be ye stedfast, unmoveable, always abounding in the work of the Lord, forasmuch as ye know that your labour is not in vain in the Lord.
1 Corinthians 15:49-58

For the disabled community to attack Gadot like they did is a denial that all our bodies are corrupted. When we say ‘disabled” we are talking of degrees of how defective our bodies are. We all age, we all died, we all return to dust. The Bible is clear that no matter how distorted it may be, we are image bearers of God and made in His image. Each of us is created just as God wanted us—even if we are blind or lame we are “fearfully and wonderfully made”.

Another comment on Hawking’s death also got some media attention.

A Texas state representative came under fire on social media Wednesday over a tweet about famed British physicist Stephen Hawking that some found insensitive.

Just hours after Hawking died, Rep. Briscoe Cain, a Republican, tweeted: “Stephen Hawking now knows the truth about how the universe was actually made. My condolences to his family.” Hawking died Wednesday at age 76.

But despite the overwhelming criticism, the lawmaker remained defiant and stood behind his comment.

“While many see him as one of the greatest public intellectuals of the last century, and no one disputes that he was brilliant, the fact remains that God exists,” Cain told the American-Statesman. “My tweet was to show the gravity of the Gospel and what happens when we die, namely, that we all will one day meet the Creator of the universe face to face.

“Stephen Hawking was a vocal atheist, who advocated against and openly mocked God,” Cain continued. “Hawking has said, ‘[T]here is no god. No one created our universe, and no one directs our fate.’ And, elsewhere, `I’m an atheist.’” 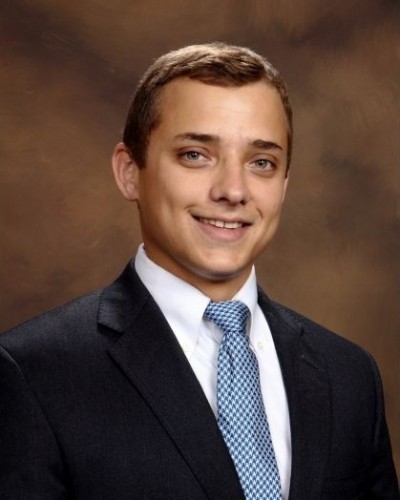 My first reaction to Briscoe Cain’s comments is preach it brother. God has done everything to necessary to keep us out of Hell but only if we come to Him through Jesus. We can’t live life as we see fit and expect to enter Heaven on our own merit. The best works we could possibly do are called by God “filthy rags”.

But we are all as an unclean thing, and all our righteousnesses are as filthy rags; and we all do fade as a leaf; and our iniquities, like the wind, have taken us away.
Isaiah 64:6

But what are filthy rags? The best modern translation is “used tampons”. Here is the Strong’s definition. 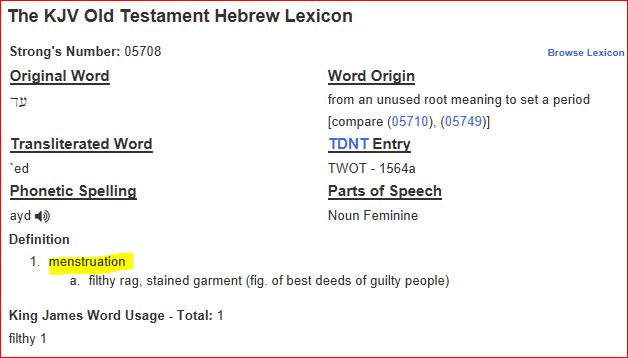 In the Old Testament, a woman having her period was ceremonially unclear during that time and for a few days after. So the bottom line is that your best works of righteousness are not just physically unclean but keep you from entering God’s presence. They are fit for nothing but to be burned.

God’s remedy was to send Jesus to die in our place so His righteousness could be used to obtain what we could not, peace with God. But we can only do this on His terms not ours. Only then can we say this:

We are confident, I say, and willing rather to be absent from the body, and to be present with the Lord.
2 Corinthians 5:8

For the wrath of God is revealed from heaven against all ungodliness and unrighteousness of men, who hold the truth in unrighteousness; Because that which may be known of God is manifest in them; for God hath shewed it unto them. For the invisible things of him from the creation of the world are clearly seen, being understood by the things that are made, even his eternal power and Godhead; so that they are without excuse: Because that, when they knew God, they glorified him not as God, neither were thankful; but became vain in their imaginations, and their foolish heart was darkened. Professing themselves to be wise, they became fools,
Romans 1: 18-23