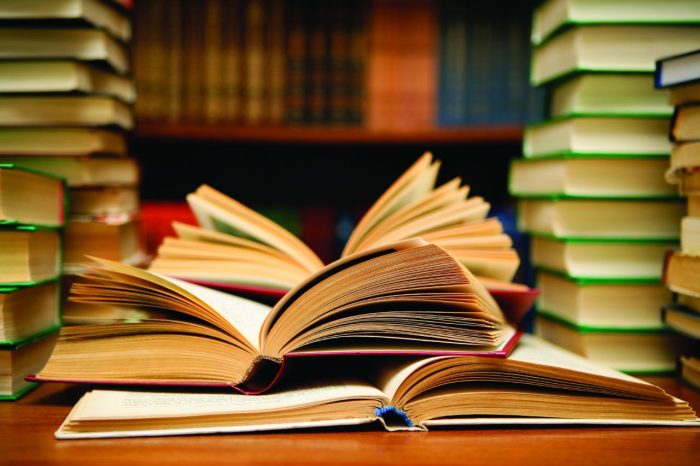 I wish to begin this discussion today with two propositions:

Rush Limbaugh says that for most people, history begins when you are born. In a sense that is true because you remember best what you experienced.

We have also been admonished that those that don’t learn from the past are doomed to repeat it.

My subject today touches on both propositions.

In recent times, the Internet has revolutionized the availability of information; however, I don’t mean this in the way you think I do. We have made everything transient and disposable. One such casualty is “Truth”. Our culture often speaks of “what is true for you” as opposed to “Truth” as an objective, absolute standard. Liberals have their “truth” and conservatives have theirs, too. Most of the time the intersection of the facts in any discussion is tangential to the discussion and not central to it. We talk past each other not to each other. Look at the news of the day and how CCN or the old gray lady covers it as opposed to Fox or World Net Daily or Breitbart. How do folks witness the same events and come-up with this stuff?

I love the ease of finding things on the Internet but try finding the same event or article six months or a year later. There is a good chance the link (URL) is gone or broken. It could be moved, purged, or the website is just gone. If you are lucky, the article might be behind a pay firewall—and thus out of reach anyway.

Example: Rita Crundwell “The Crooked Comptroller: Poster Child for Segregating Duties”
I took a college level class a few years ago and we had to read an article about a particular person that was written by a particular author. The subject was business ethics. The required article was owned by a company that wanted $595 for a membership just to access its contents. I wrote the company and they made an exception and allowed me to get a copy to write my report. Ironically the instructor had no copy of the article and didn’t seem to know that it costs money just to get it.

I dislike the current practice of allowing school children to compose reports solely from “research” conducted on the Internet. We all know that search engines put their thumbs on the scales when it comes to getting results. This can be to promote a particular political viewpoint or to promote one advertiser over another. Furthermore, research on the Internet only goes back for a few years. The farther back you go, the less you will find. Much prior to the “digital age” is unavailable.

Another factor that affects search results is that companies and people are employed to “scrub” the internet of unfavorable reports. This is particularly true of politicians and large companies and institutions. Here are two examples.

The University of California at Davis tried to scrub any references to an on campus protest in which students were maced by campus police. They were “busted” doing this and mercilessly raked over the coals by local media. The story eventually went national and lives on in infamy on Wikipedia.

While on Elk Grove’s City Council, Jim Cooper, ran for Sacramento County Sheriff. At the time, the department was facing budget cuts and layoffs. Candidate Cooper said that his solution would be to make the department more financially stable by the wide scale use of traffic cameras to fund the department. (Cooper by his statements admits that cameras are not about safety but revenue.) I heard Cooper say this while I was attending a candidate forum but I dare you to find a written report of his comments via an Internet search.

The Internet has other limitations as well. Ever buy music on Apple or Amazon or some other service? Here’s what you are missing.

• Who wrote the song?
• Who produced it?
• Who are the musicians?
• What inspired the artist to record it?
• Where was the track recorded?
• When was it recorded?

All this and more was once common on the jacket of a vinyl record and less so on a compact disk. Now you get no context to the song.

Electronic documents such as Adobe PDF files and EBooks are another area of concern when limitations of the digital age are concerned. With the click of a mouse or push of a remote button, these documents can be disabled in their entirety or edited without any user input. Paper books are better for sharing anyway. The thought that Amazon can edit, disable, or delete any book that you’ve purchased from them should give you some cause for concern. If someone modified or disabled, the PDF file extension then anything in that format would become unreadable. If you drill down into the licensing agreement, you will find that you really don’t own the software, music, or book that you think that you purchased. No, in reality you have only bought a use license and ownership is actually retained by some faceless corporation not you. The digital age has its benefits but don’t overlook the limitations as well.

It doesn’t take an EMP weapon from North Korea to end the “information age” as we know it. Buyer beware. Clearly I like the digital age but I like parts of the “old school” ways as well. In my mind physical media is always better.

Lastly, for your reading and amusement I present a technology called B.O.O.K. Bio-Optic Organized Knowledge.

BOOK is a revolutionary technological breakthrough: no wires, no electric currents, no batteries.  Nothing to be connected or switched on.  So easy to use, even a child can operate it!  Compact, portable, it can be used anywhere—even on a beach, yards from a power point.  Yet it is powerful enough to hold as much information as a CD-ROM disc!  Here’s how it works:

BOOK is constructed of literally hundreds of sequentially numbered sheets of paper (recyclable), each capable of holding thousands of bits of information.  The pages are locked together with a custom fit device (a “binder”) which maintains each sheet in its correct sequence.

Opaque Paper Technology (OPT) allows the manufacturer to utilize BOTH sides of each sheet, thus doubling information density while cutting costs.  Sheets are scanned optically, registering information directly to the brain—the most efficient interface yet developed!

Read the full description of B.O.O.K.