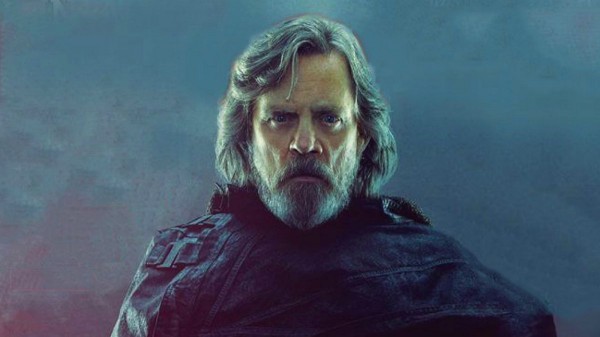 Note: This review contains spoilers as well as commentary that you won’t read anywhere else.

J.J. Abrams has done for Star Wars the same thing he did to Star Trek; namely, burn the franchise to the ground  and substitute a different worldview in its place. Unfortunately, while the grittier sandbox looks better in CGI, the morality at its core is gone. Any concept of right and wrong has been done away with and replaced with varying shades of gray.

Before I go on, I can hear you asking the question, “Who cares? Why does this matter anyway?”

Look I know these two franchises are just make believe but within them is a view that is optimistic and hopeful of the future and both hold to an idea of right and wrong, the tension of which the franchises are built around.

Star Trek has one big commandment called the Prime Directive which often gets in the way of Captain Kirk doing the right thing. The world of Trek is hopeful and in the past many Post Mil Christians have seen Gene Roddenberry’s world as one where Christianity is triumphant. One episode in the original series is built around the idea that Christianity triumphs but good luck finding it in syndication. Roddenberry was horrified to learn that Christians liked his show because he intended the future to be a religion free universe. Gene didn’t understand that only with Christianity could humans be optimistic about the future. Belief in Progress is a result of a Christian worldview; other belief systems have no basis for such a concept.

Star Wars borrows philosophically from many views and is infused with strong doses of pantheism and duality. George Lucas borrows Christian concepts and morality without attribution  and instead attributes them to impersonal means. The god of Star Wars is impersonal but omnipresent (pantheistic). Like the Chinese idea of Yen and Yang, Star Wars is Light versus Darkness. Mastery of The Force requires training from early youth to keep its followers in the Light or else they will be seduced by evil; the Dark side. (Salvation by works?) George Lucas spent his second trilogy in the franchise showing us that breaking the rules of training will only produce an evil outcome; in the person of Darth Vader. Those outside of the Jedi Order were forbidden to exercise The Force. Lucas based the franchise on “balance” of opposing forces not good triumphing over evil. Nevertheless, good leads to redemption for Mr. Vader; something duality cannot rationally offer.

Star Trek claimed to be a vision of a possible future for our world while Star Wars was always set in “A Galaxy Far, Far Away…”

When Disney bought the franchise, they promised to produce one Star Wars movie per year for the rest of my natural life (or longer).

Link: Disney will release a new ‘Star Wars’ movie every year starting in 2015

In order to do this they brought in J.J. Abrams to “reboot” the franchise so they could have the freedom to use new characters and stories. Abrams had the choice of going to some future period in the Star Wars universe and simply write an off screen epilogue for the original cast or let fans have one last adventure where the old is replaced by the new with Disney reaping the profits all the way.  Disney chose the latter. In the course of the last two movies of this third trilogy, they have killed-off Harrison Ford and Mark Hamill. Carrie Fisher was the only remaining cast member left and as Episode VIII was winding down, she died. Fisher’s death will clearly necessitate a major rework of Act 3.

To the careful observer, J.J. Abrams did much more than kill-off the old cast in exchange for a quick dollar, he killed the world of Star Wars as well.  Upon purchasing the franchise, Disney declared virtually everything except Lucas’s movies as null and void as far as the cannon (or mythology) of Star Wars was concerned. Every non-Disney property was nullified by proclamation. All novels, comic books, cartoons, etc. were invalidated by fiat.

Link: Why Disney Blew Up More Than 30 Years of Star Wars Canon

By the end of episode VIII, J.J., killed-off everything in the first six movies as well.

George Lucas modeled the original Star Wars in arch types of a western set in outer space with the theme of good versus evil. The story was designed to have a beginning, middle, and end. How well Lucas thought the whole thing out is questionable in light of some obvious holes in the second trilogy but the basic idea of good and evil permeates all six Lucas films.

J.J. Abrams began his course correction with Episode VII The Force Awakens but the seeds that he planted didn’t bear much fruit until the next and most recent installment, The Last Jedi. Abrams begins with the familiar arch type of Sith Lord and apprentice on the side of evil and a young girl that for no apparent reason has really strong ties to the good side of The Force. Abrams takes these themes and proceeds to violently overthrow the whole structure erected by Lucas.

Abrams took the fairytale-like world of Star Wars and in the course of one movie, did a gut-and-amend that would make Willie Brown blush with its boldness.
• In this movie, the apprentice kills his master, which is no big deal since he killed his father (Harrison Ford) in the last movie. The dialogue in this part of the movie is crucial in understanding what J.J. is doing. The interaction between the two main characters is important to the Disney version of the franchise going forward. The heroine says there is still good in the bad guy and surprisingly, the bad guy says that the heroine has evil in her and she should fully embrace it. The “good” girl and the “bad” guy then team up for a major fight scene and then go their separate ways. Folks here is the new paradigm. No characters are totally good or bad, there are just varying shades of gray. People just live for the moment and do what is in their self-interest (or right in their own eyes). However, if there is no right or wrong, then the fall and redemption of Anakin Skywalker (episodes 1 thru 6) is impossible. Lucas may have lacked a proper philosophical framework for his world, but he did keep the Christian ideals of good being the superior value and winning over evil and redemption of the vilest being possible—even at the moment of their death.
• Luke Skywalker and Yoda destroy the Jedi temple and all their teachings (scriptures). They repudiate thousands of years of the Jedi religion and have no substitute for it. They create their own version of Pascal’s heart shaped vacuum with nothing to fill it. Yoda states the heroine has no need of training but already knows everything that she needs to. Excuse me but we spent six movies debating the premise of training and age; whether Jedi or Sith, they both agreed on this point and now with one simple comment we do away with it?! Luke and Yoda further agree that the Jedi Order is to be abolished (somehow, they seem to imply that this will do away with the Sith too, but this is never explained). Gary North’s words about you can’t beat something with nothing come to mind. Abrams’ switcharoo is totally without foundation. Only Christopher Hitchens would praise such hubris with a straight face.
• Luke sacrifices himself in a selfless way that seems contrived because all he does is use astral projection or a Force-made hologram to toy with the bad guy to allow the last of the Rebels to escape. This sacrifice—which visually harkens back to Alec Guinness in the first movie—seems to serve some greater purpose—likely the next movie. I can hear high school literature teachers screaming about Luke being a Christ figure in this story, but I think Abrams and company sacrificed young Skywalker just for shock value. Mark Hamill expressed his disapproval about how his character was portrayed in the movie but once his comments lit-up the Internet some suit at Disney pulled him aside and put him in his place.
• At the end of the film, the Jedi Order is abolished, and regular people begin to exercise The Force. Somehow no training is required anymore.

I could mention many more plot points but the Galaxy Far, Far Away was replaced with the angst of secular humanists struggling to find meaning in a world without morality or God. The world of Lucas was dismantled and replaced with another right before our eyes…one that looks eerily like a modern day Liberal worldview.

As I watched this movie, a few thoughts were going thru my head.
• The words of Gary North saying that a change in law is a change in religion certainly applied.
• Also, a line from Pixar’s Incredibles, “If everyone is Super, no one will be.”
• After the movie, my military son was furious because it was clear to him that there was no overarching story, everything from here on out will be character arcs and nothing more.

Star Wars was ripped from a fairytale-like story of good versus evil and thrust headlong into our morally relativist world of self-interest where everyone does what is right in their own eyes and the only taboo is absolutes.

Disney did to Star Wars what other malcontents in our society have done to other things in America, destroy what made them good in the name of making them relevant. So, to a long list of things including marriage, clergy ordination, Boy Scouts, patriotism, capitalism, American Exceptionalism, Western Culture, Christmas, et al, you can now add yet another; the cultural icon Star Wars.