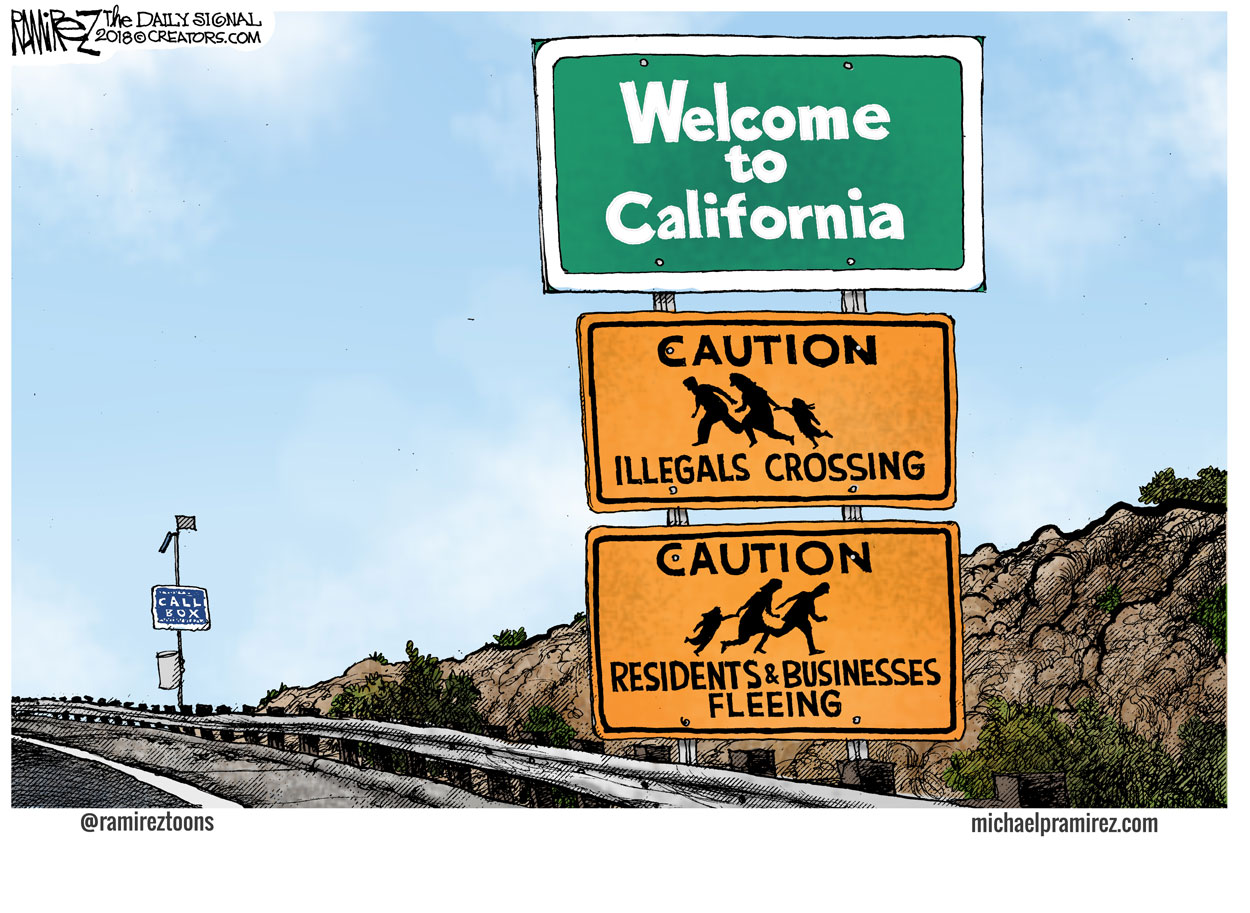 John the Baptist warned those of his generation to “flee the wrath to come.” Instead of heeding his warning, he was beheaded for his trouble. Those that crucified his cousin, Jesus of Nazareth, a few years later said, “His blood be on us and on our children.”

True to their wishes, the wrath-to-come arrived in the form of a Roman army about forty years later. The wrath visited upon them and their children resulted in the death of most, the systematic and total destruction of their nation, and the enslavement of the few survivors. True to his warning, no loss of life is recorded for the Christians that obeyed the prophecy given by Jesus to flee when they saw the signs foretold.

Whether any of us can truly avoid the wrath to come upon our nation is doubtful but clearly some areas and people will do better than others. In my opinion, ground zero of the “wrath to come” is California. The late columnist Herb Caen used to call San Francisco “Bagdad by the Bay.” That was seventy years ago. Now, I think California can be thought of as “Sodom by the Sea.”

California is hell-bent on becoming “anti-America.” The people of California wish to remake the State into a dystopian socialist paradise devoid of petroleum, hydroelectric or nuclear power, water storage, commercial farming, privately owned automobiles, liberty, Christians and other bigots that insist on such Victorian ideals as right and wrong or personal responsibility, firearms, prisons, and small businesses. Instead, they want free college for all, publicly subsidized transportation, free healthcare, their own foreign policy, only electric vehicles within their borders, more government jobs, multiculturalism, legalization of recreational drugs, government backed pensions for all, and a bunch of other neo-Marxist crap dreamed up by baby-boomers.  Oh, and all this will be paid by taxes on “the rich” whoever they are.

Liberals here have successfully turned the Constitution from a document that insures liberty into the suicide pact that protects evildoing and punishes the righteous. Nothing in California escapes the corruption of the almighty State. They are going places that not even George Orwell envisioned. California and other places dominated by Liberals have metastasized into a Tim Burton-like modern twist on the Roman Empire.

While many have attempted to stem this precipitous decline in Western Culture, my wife and I, like many before us have concluded that our time in California is coming to an end. As a result, my family has developed an exit strategy. Seven years from now, we plan to be far away from the formerly golden state. The apocalypse is coming but hopefully we will time it so we are long gone when everything comes apart.