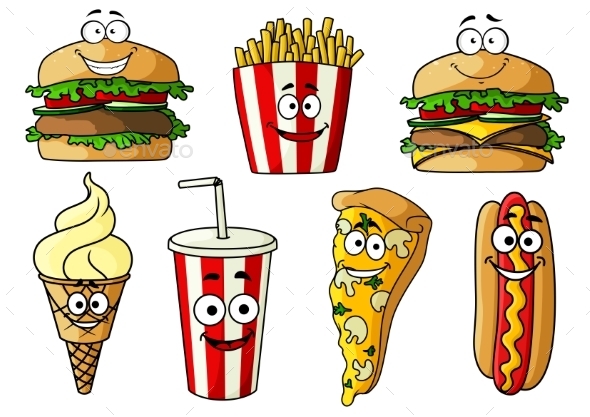 Remember those economically ignorant people that demanded a $15 an hour minimum wage and conducted a campaign of protests and walk-outs nationwide during the last few years?  Last year, California Legislators passed and Emperor Jerry Brown signed the bill into law here in Soviet California?  How about the issue coming up time and time again during the presidential election as Democrats tried to get this implemented nationwide?  This process has also played out in various municipalities and states across the nation.  California workers, congratulations on your wages increased, but before you go buy that brand new car or new iPhone you may want to take a look at how far automation has come in the last few years and how it will affect your job very soon.  Witness a conversation between X and the Blog Father about five months ago.

Over dinner at a Mexican food establishment with a salsa bar, the subject of automation was brought up.  The Blog Father shared that he was recently at a local Wendy’s and to his surprise the monitor used to order food was turned around, facing him.  Obviously something was wrong.  After further analysis, it turned out that Wendy’s had two touch screen monitors back-to-back, one facing the employee and another facing the customer. The Blog Father speculated that this was a small test being done by corporate to get customers used to the idea of entering their own order. This test was for limited time only.  To the Blog Father, the ordering process appeared intuitive. Clearly customers could order seamlessly and upselling was literally right at your fingertips; or for those of you in Rio Linda, asking about add-ons like bacon, fries, soda, baked potato (seriously? Are we in Russia?), and chili were just a touch away.

I imagine that the liberal counterargument to a more automated experience is that a machine can break down and isn’t unionized; thus The Party cannot receive union dues from the machine; however, the all-important sales tax still flows to government coffers.  However, I would argue automation has other benefits. It doesn’t need a vacation; call in sick because it was out too late the night before partying, doesn’t activate the fire suppression system due to prank phone calls, doesn’t have mandated medical insurance or payroll tax withholding, and is always ready to do what it’s told.

The employee and all his brethren protesting for $15 an hour minimum wage were right, the owners of fast food companies and other minimum wage jobs could never replace them, they were critical cogs in the process.  Initially they might have been right; the monitors were turned back to their original position of advertising products after a trial time.  Yup the $15 an hour folks were the smartest people in the room….until the executives realized they weren’t needed in the room, and could be replaced cheaply.

The people thinking they would be the economic beneficiaries of a minimum wage increase were wrong; Wendy’s has announced a roll out of automated kiosks nationwide, eliminating at least 1,000 jobs across the country.
Link: Wendy’s deploys kiosks at 1,000 stores
The Elk Grove location is being renovated and modernized as we speak.  I fully expect that once it re-opens for business, this Wendy’s will be equipped with technology that replaces employees with automation.

A second example; Outback steakhouse—a favorite of X and Mrs. X—now has those annoying kiosk things at every table, and wait staff pushing guests to use them to order more drinks, check out, etc.  Keep in mind, I was there to eat a steak on Valentine’s Day and had to look at a tablet asking me if I wanted to buy a new alcoholic beverage every five minutes!  I mentioned to my waitress I thought it was a little over the top, her response shocked me; she said “corporate wants 70% usage of this kiosk at every location by the end of 2017!”  Yes, hard to believe but machines will be replacing the American worker.

Readers of this blog smarter than the average CRA member understand that machines—not illegals—are replacing the American worker.  This comes as no surprise to either the Blog Father or X, as corporations and especially franchisees—whom most fast food workers really work for—will do everything possible to save a few dollars.  Now, that this reaction to the wage increase is happening, scores of low skilled workers will be replaced, likely on a permanent basis.  This has been the Democrats goal since the party’s birth; create a permanent welfare/government dependent class!

Before you overreact, think about it, how many fast food employees would you say are worth $15 an hour?  (Don’t forget to add the health insurance cost of each worker mandated by Arnoldcare, paid family leave, and all the other employer mandated taxes that employers must pay.)

Ok, now let’s play devil’s advocate:
• How much are you willing to see the dollar menu increase by at McDonalds to pay the employee $15 minimum wage?
• How about the two medium two topping pizza’s for $7.99 a piece at Dominos?
• Like the 4 for $5 at Wendy’s?  Say Hello to 4 for $10, not such a great deal right?
• Applebee’s burger, fries and coke for $9.99, how about $19.99?
Okay by now I figure you get my point, but if you are a CRA member, Ted Cruz for President 2020 member, or Aaron or George Park, please stop reading as you are lost.

My point is very simple, minimum wage jobs are not intended to be career wages; they are a starting point for entry level work.  By raising the minimum wage and making it seem more like a career choice, employment is going to be harder and harder to come by for younger and unskilled Americans.  Sadly, these unskilled or inexperienced folks think the Democrats are trying to lobby for higher wages to help them and thus gladly give them their votes but in reality the joke is on them. They are literally voting themselves out of a job and into a life of subjugation and dependence on government.  Look no further than the Wendy’s in Elk Grove, maybe I will be wrong, I hope I am, but I have a feeling that when it reopens after renovation, Wendy’s will be employing kiosks not people at the front counter.