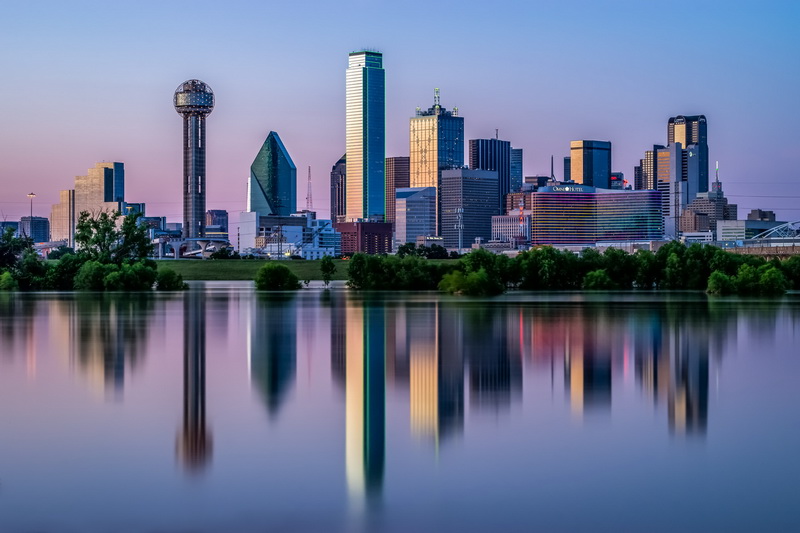 After awaking from my New Year’s celebration I decided to do a little catchup reading. One article that caught my eye was about a pension crisis in Dallas, Texas.  The first thing that came to mind was this must be the county workers retirement pension system, I was wrong; this is the police and firefighters retirement pension system.  A very small pension fund by comparison to some such as CALPers.  However the problem in Dallas is strange, in a sense because Dallas has a booming downtown, cranes and skyscraper construction dot the skyline.  People have been moving to Dallas in droves, this is not the case study of a braying Midwestern city struggling with population loss, and the mill or warehouse closing down.  This really caught my eye.

Government and private sector accountants have been tussling in Dallas over how large the deficit in the pension funding crisis is, however they do agree on one thing, it’s between one and five billion dollars! Yeah, Billion, like Million but with a “B”.  Dallas appointed a pension board about thirty years ago to oversee the investments of this fund; most states and municipalities do this.  These board members are supposed to have a fiduciary duty to put the financial needs of the members over any short term profits or accounting gimmicks…they failed.  I will go in to their misdeeds later; in the meantime the city is now facing a monumental crisis of epic proportions.

The pension system in most states and municipalities all work the same, work so many years, and contribute a small portion of your check, roughly 1% and you will get a defined payout amount each month for the remainder of your life once you retire.  This is true with most pension plans; they are set up in a defined benefit manner not a defined contribution manner.  This becomes a problem when the union designs a contract where employees can retire at 50 and collect full benefits until death some 30 years later.  The problem is the pension fund essentially becomes a Ponzi scheme as new money is added from current workers that go to pay out the benefits to retired workers.

The fund receives money each month collected from current workers’ pay, and then hopes to invest the money, earn a decent return, and pay out benefits to those collecting retirement.  The main problem is these funds always use pie in the sky projections for investment return, with some such as CALPers saying they expect around 7.5% a year!  As per usual they didn’t come close to 7.5%, they actually did .41% which is well, awful especially considering the market is at all-time highs.  Enough about California; now back to Dallas.

Dallas got creative about a decade ago, they created an option for retired members called (DROP) deferred retirement option program.  This option allowed retired members to put their pension check in a separate account, which would be a savings account, with a 10% interest annually credited to it.  If you’re scoring at home, once again this is a characteristic of a Ponzi scheme promising pie in the sky returns, risk free mind you.  Many retirees participated and I cannot say I blame them, as a 10% risk free return that is likely guaranteed by the municipality or the state is a great option.  Then as one would expect problems began to arise, since you can’t guarantee 10% returns while the fund was only projecting to earn 7%.

The fund was beginning to see trouble in 2008, and as a result the board of directors decided to make investments in real estate as opposed to stocks or equities.  Investing in real estate is extremely risky, and the bets placed by the Dallas pension fund blew up right in their face.  This was to be expected. (If X was tasked with generating a massive investment return, I admit I would have done something similar.)  The fund began buying up real estate all over the world, a winery and hotel in Napa, and quite a few investments in foreign countries that were supposed to make up the difference and generate a return that could pay off the obligations to retirees.  This solution is not an issue until the value of the real estate holdings drops, and predictably it did.  The fund took over $500 million in write-offs over a two year period from 2014-2015.  Which is not a problem until those expecting to receive pension benefits find out they may not be receiving said benefits, then mayhem ensues.  Mayhem indeed did ensue later in 2016.  Further adding fuel to the fire were an agreement to raise the cost of living adjustment by 4% a year rather than pegging the rate to inflation which would have saved over 15-20%.

Remember those DROP accounts? The pension system had over 500 worth more than 1 million dollars, as a result of the shortfall; retirees began pulling all their money out of the system. Who can blame them?  It was money and benefits they had earned.  As a result, the mayor of Dallas, pension board leaders, and the state have been looking for a solution, including the temporary halting of withdrawals from the plan.  Which as per usual from governments and the CRA these days, answers nothing.  Panic has set in among retirees and as a result lawsuits have started flying in Dallas, as well as an FBI investigation as well as an SEC investigation.  The mayor of Dallas predictably wants a state bailout, which predictably the state government told him politely no thank you.  Now he wants to raise property tax by 130% on Dallas residents.  Remember this is Dallas, not a small decaying city, but one that is lined with skyscrapers.  Stay tuned, and I will report as more details come available.