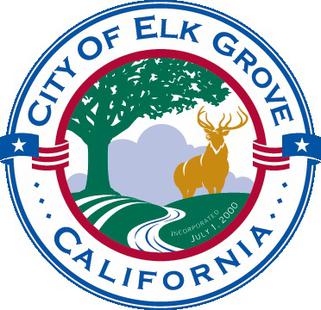 A few years ago (2010), the City of Elk Grove put forward a ballot measure that claimed to reduce the local utility tax by .25 percent. The ballot argument submitted by the city attorney put this forward as the chief reason to support the measure.

Measure J: Shall an ordinance be adopted to reduce the existing Utility User Tax from 2.5% to 2.25%; modernize the current ordinance to treat taxpayers equally regardless of technology used for telecommunications and video services; to preserve funding for essential general municipal services, such as public safety?

FISCAL IMPACT The legal and technology issues could reduce the City’s projected General Fund revenues by as much as $600,000 per year. The General Fund pays for most of the City’s police, code enforcement, animal control, financial and administrative services, and some transit services. Some or all of these services could be affected by the lost revenue. Measure J would prevent the loss of those revenues.

There was no opposition to the measure. This tax argument was based on a willful lie or—as the Catholics call it—a sin of omission. The tax was technically a reduction; however, it more than doubled the amount of devices that were covered by the tax so in reality it was a huge, multi-million dollar tax increase. This was a textbook case of bait-and-switch.

Since that time, many of us have vowed that no local tax measure would go unchallenged on the ballot. Unfortunately, those groups in our community that claim to stand for lower taxes and less government have failed to act. With both elected Republicans and Democrats acting in concert to raise taxes, these advocacy groups have ceded the argument and the fight.

Sacramento County is now trying to pass a sales tax increase for transportation called Measure B. Measure B—an 8.5 billion dollar tax over 30 years—will be on the November 8th ballot. As of a month ago, none of the so-called conservative leaders in the Elk Grove area knew anything about the measure and were surprised to hear it was going to voters. Furthermore, none plan to do anything about it.

Thanks in part to the work of one of my friends, the Elk Grove City Council decided not to go after a local sales tax after they had paid for all the groundwork to get it on the ballot in November. Prior to the vote he sent each Council member a letter outlining the spending excesses of the Council and some of the things they had foolishly done with taxpayer money. Since the total amount he listed was several times the amount they hope to get from the tax, the motion died with only one YES vote. Again no local groups did anything to oppose the tax.

But never fear faithful readers, yours truly promises that some sort of argument against Measure B will be on the ballot. Thus far, two arguments have been submitted in opposition—including mine—and as of yesterday no argument in favor had been submitted.

I will keep you updated on what happens. Arguments must be filed by close of business on Thursday and rebuttal arguments are due on Monday.