Trump got 109 delegates out of a possible 118 yesterday. Pennsylvania is a little odd. Of their 71 delegates, 17 are based on the popular vote and Trump got all of those while 54 are based on that screwy ballot as shown in my previous blog yesterday. (Per RPC, these delegates are “At Large” and not pledged to any candidate.) That mess apparently has yet to be sorted out and isn’t included in the delegate totals shown on the Real Clear Politics website. Both RCP and Fox agree that Trump is now at 954 delegates. 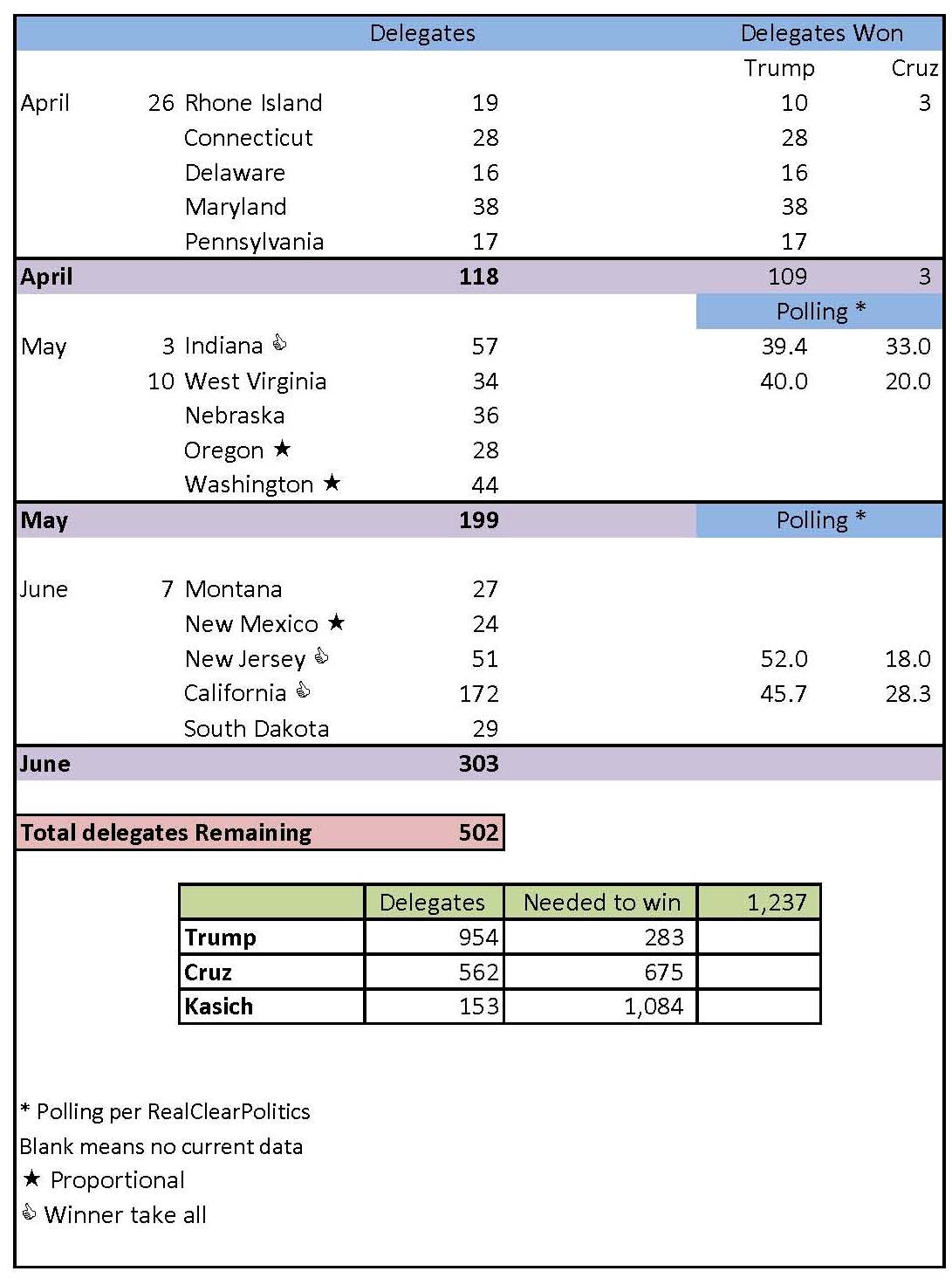 There are 502 delegates remaining in the delegate hunt. Trump needs 283 to win outright.

I’m still saying by this time next week, Cruz will be suspending his campaign.

The next question is who will Trump select as his V.P.?